Fireproof. The vacancy motion against President Pedro Castillo Due to moral incapacity, it is based on the alleged influence peddling in promotions in the Armed Forces and the Sunat, the illegal use of public funds from the Regional Government of Junín in the 2021 electoral campaign of Peru Libre and others.

All this marked the route for three benches (Popular Renovation, Popular Force and Avanza País) to maintain their position on the motion. Added to this were more irregular situations, such as the dispatch that the president made clandestinely from a house in Breña, which generated individual congressmen to join the petition.

SIGHT: Vladimir Cerrón and Guido Bellido arrived at the Government Palace for a meeting with Pedro Castillo

In response, Pedro Castillo He maneuvered with a message to the nation that left more doubts than answers in Peruvians (see Datum survey on page 3). He then requested meetings with the leaders of the parties with representation in Parliament.

In this context, Peru Libre, after its conclave on Sunday, sent an olive branch to Castillo and reported yesterday that it will not vote in favor of admitting the motion. Along the same lines, César Acuña, APP leader, announced that his bench will not support the measure.

Thus, after Monday’s meetings with the president, Rodolfo Pérez (Purple Party), José Luna (Podemos), Patricia Li (We are Peru), Roberto Sánchez (Together for Peru) and Vladimir Cerrón announced that they will vote en bloc against the admission of vacancy. Meanwhile, Popular Action would vote divided.

About today’s session, the political scientist Carlos Meléndez explained to Peru21.TV that this situation is an opportunity for Castillo to understand that he must seek alliances in Congress.

“The lesson for the Executive is that it must have at least 44 votes to protect itself. The ruling alliance recovers; Cerrón’s presence demonstrates this, at least temporarily. Investigations show Castillo is surrounded by people with medical records who enter the state to conduct business. That deserves an investigation, but it shouldn’t necessarily end with the downfall of a president. If you want to survive, you have to build a coalition, ”he said.

Gallardo will be questioned

The Minister of Education, Carlos Gallardo, will attend today’s plenary session to respond to the interpellative list of 10 questions on the irregularities that occurred in the 2021 Single National Test of Teacher Assessment.

On the subject, the president of the Education Commission (CE) and legislator of Popular Renewal, Esdras Medina, criticized that the minister had not attended the two previous summons made by his working group in which he expected to know his work plan at the national level for the sector and, on the second occasion, give details about the leakage of the evaluation to teachers.

In addition, he announced that the incumbents and the vast majority of the commission’s congressmen “were uncomfortable” with the minister for his rudeness on two different occasions.

Along these lines, Medina assured Peru21 that they hope “that it will have consistent answers to the entire question.”

“If it does not make the determination to annul the test, the next step is censorship,” he said.

The parliamentarian of Peru Libre Paul Gutiérrez Ticona stressed the importance of Minister Gallardo clarifying all doubts regarding the leak of the teachers’ exam as it would be a delay for the sector.

The former Minister of Education and founder of the Pirka consultancy, Daniel Alfaro, said that Gallardo must “give messages that politically provide security on the conviction of the higher interest of education.” 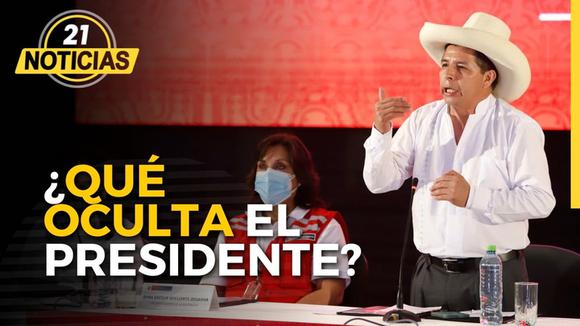 Amid a global bond crash and as inflation concerns spread

The President of the Republic, Luis Lacalle Pou, participated in

What can the media learn about Facebook advertising transparency?

The Facebook Ads Library It is a powerful tool to

A wide and varied spectrum that may have some particular

Ómicron is already in five countries in America: events and trips are suspended

Updated on 04/03/2022 12:42 pm The Minister of Economy and Finance, Oscar Grahamannounced that the Government