The Comptroller General of the Republic, nelson shackconsidered this Saturday the 19th that the constitutional complaint filed against him by Congresswoman Margot Palacios (Peru Libre) is a “retaliation” by the ruling party for the investigations that the institution has been carrying out.

Speaking to journalists, he described the accusation as “absurd” and that you don’t have “neither head nor tail”. He also stated that Palacios has been “misinformed” and that if the document is admitted, it will go to the summonses of the Parliament.

“I would say that it is just a retaliation from the government party for all the investigations that we are doing. It is an absolutely absurd complaint, it has neither head nor tail. I have had the opportunity to read it.he expressed.

SIGHT: Serenos snatch an ice cream cart from a street vendor and passers-by manage to get it back | VIDEO

“I am sorry that Congresswoman Margot Palacios has been misinformed in this way, the events have not happened as mentioned in that complaint. If it is formalized, we will be willing to attend as many times as necessary to give our testimony regarding how the events have occurred “he added.

On the other hand, Shack, who met with the president peter castle and the Prime Minister, Aníbal Torres, at the Government Palace, pointed out that it has become clear that it is not possible to continue in the situation of “soft spot” of the corporate government of Petroperú.

“The Comptroller has had the opportunity to be able to express the facts as they have occurred. It has become absolutely clear that it is not possible to continue in this situation of weakness of the corporate governance of Petroperú”narrowed down

“Confidence in the government of Petroperú needs to be recovered and I imagine that the president will make the necessary decisions so that this can be directed quickly (…) The fundamental issue in Petroperú is simply the loss of credibility that its corporate government has. . Solving that should solve the whole problem.”he added.

The comptroller recalled that the institution authorized the appointment for the contracts to be signed by Petroperu January 6 or 7; however, in the end no agreement was reached with the company Price Waterhouse Coopersdespite the fact that all the contracts were ready to be signed.

“This has led to Petróleos del Perú asking us to carry out a second call at the beginning of March, which we have done. Even last week he asked us to extend the deadline for submitting offers until April 5, which has already been evaluated and decided, and the deadline will be extended. Many of the facts mentioned in the indictment are out of focus.”ended. 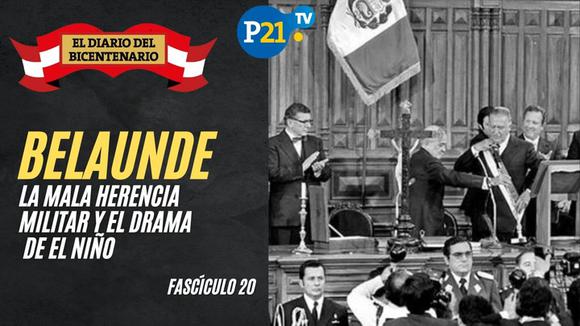 Belaunde: the bad military heritage and the drama of El Niño

This is how the official gasoline prices were for January 2023

The National Government announced this Friday, December 30, the gasoline

The Government assumes RD$678 MM not to raise fuels