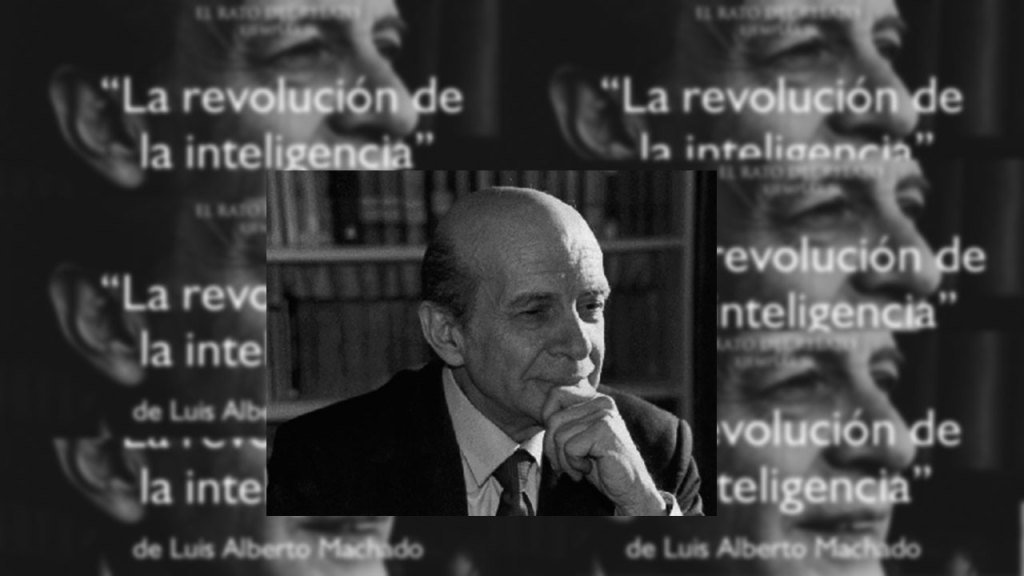 Since the terms are conventions, for the noun revolution here we understand a positive change of remarkable historical depth and scope. Examples include the democratic, technotronic and spatial revolutions; on the same line are the third wave of Alvin Toffler and the Global village by Marshall McLuhan. As for the adjective, say buried is less serious than talking about buried. Indeed, it is not dead, but shelved.

The national lament has been general in the face of the PDVSA disaster, due to its deep and global repercussion in this oil-addicted Venezuela. Black gold hegemonized income and also the country’s lack of foresight and superficiality. On the other hand, few tears were shed in the face of another ─and no longer so conscious- disaster such as the discontinuity of the Ministry of State for the Development of Intelligence, with all that this meant of frustration for a real leap forward for the country; it was lightly and irresponsibly eliminated, not only by the following administration, but by subsequent ones, whether democratic or not. Thus, the 21st century entered without a tool and an objective of transcendental transforming power within and outside our borders.

In three more years it will be half a century since the publication of the intelligence revolution, work of the prophet Luis Alberto Machado. This clear and concise book, after remembering at the beginning the old know yourself, states: “It is important that we know what our thoughts are, but I think it is even more important that we know how to reach them”. And then he picks up something often repeated: “If you find someone hungry on the seashore, don’t give them a fish, teach them to fish.” Through simple phrases, but profound and highly generating, wisdom is shared such as: “no one is born a genius”, “the true creator is the creator of problems”, “you can learn to be intelligent”.

Learn and teach to think; cultivate intelligence; exercise in the method; the real creation is that of problems. Genius is nothing more than the finished fruit of perseverance. These and others are the stitches that weave an organic set of reflections around intelligence as an objective, a task, a horizon open to all. The democratization of intelligence is a proposal that tends to sweep away unjustifiable elitism and marginalization. Against them, intelligence is advocated as a permanent, open offer. As a fundamental human right. Hence, with all legitimacy, there is talk of the necessary intelligence revolution. God gave us intelligence as a potential to be developed without limits, not by some, but by all. As a gift, mission, right, duty.

The utopia of Luis Alberto Machado did not remain a dream. It managed to translate into concrete operation, also statewide. President Luis Herrera Campins ─of notable cultural height, personal and family exemplary character and impeccable citizen service─ unleashed it among us by creating the Ministry of State ad hoc. Decision that exalts him and places him in a preeminent place in national history.

People from outside, free from short-sighted domestic political interests, grasped with an accurate spirit the scope of what had begun to be worked on seriously and systematically at the official level in Venezuela. Harvard academic psychologist BF Skinner did not hesitate to state that the project in question “will be considered one of the great social experiments of this century.” The importance of such a Venezuelan company led the Minister of Education of the People’s Republic of China to strongly support Minister Machado as a candidate for the Nobel Peace Prize. And the Ibero-American Congress of Education (Madrid 1980) proclaimed for the first time in history the right to intelligence as one of the rights of man.

The “Development of Intelligence”, a front-page project in the history of Venezuela, urgently needs to be unearthed and carried forward for the recovery of this country and its thriving future development. Always remembering that Luis Alberto conceived intelligence within the framework of the integral person, created for the truth and the good in freedom.

Since the terms are conventions, for the noun revolution here

(TV capture). The President of the Nation, Alberto Fernández, affirmed

Revenue in the machinery and equipment sector grows 3.6% in May

The billings of the machinery and equipment industry grew 3.6%

Deportivo Cali in Sudamericana: When does he play the second leg against Melgar and who would he play against if it happens?

Deportivo Cali did not start its participation in the Copa

Cabello did not miss the opportunity to attack the Venezuelan Catholic Church, given the complaints of

This Tuesday, in Ordinary Session, the National Assembly (AN) unanimously approved the Draft Agreement to commemorate

The countries of the Group of Seven, meeting in Germany, launched an ambitious program to raise