Betssy Chavezminister of Work and Employment Promotion who was censored this Thursday by the plenary session of the Congress of the Republic, assured that she accepts the decision that forces her to resign from office, despite the fact that she considers it unfair.

“I’m not a revenge person. I believe that it is precisely the rematches that have caused the mayors in these years of administration to have had a very great instability at the political level. Five presidents in five years. It does not harm the ministers, or the president or congressmen, it harms the country “he pointed.

Betssy Chávez participated this Friday, May 27, in what will be her last Decentralized Council of Ministers, in Amazonas, from where she thanked the trust given to President Pedro Castillo.

“Since I am not a rematch person, I accept this censorship. It may seem very unfair to me and it will be history that judges, but I ask the Congress of the Republic to turn the page and advance in reflection, advance in dialogue “exhorted the official who is also a congressman from the Democratic Peru caucus.

“Perhaps I have been missed since my seat in Congress, so I will return to the trenches to which I belong, to continue fighting for the working class and for all citizens,” he concluded.

Chávez Chino pointed out during his participation that it was Fujimorism that affected labor rights, after indicating that in his administration he has sought to work for reforms in the sector.

“It has been the same group of Fujimori that, under any argument, gave the censorship. Today I have to step aside for a congressional majority. Good and bad motivations, it will be history that judges severely. But from the work portfolio and who will succeed me, we lay the foundations for them to continue “he asserted. 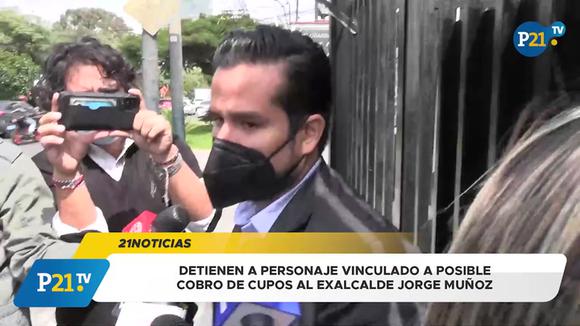 Around noon yesterday, the Prosecutor’s Office and members of the Diviac raided a property linked to Johan Ramírez Chávarry, brother of the current magistrate of the National Elections Jury (JNE), Willy Ramírez Chávarry, in order to prevent documents and technological equipment from being destroyed. .

They say they repatriate 300 thousand illegals

LAS AMERICAS AIRPORT. The General Director of Migration reported that

The State Health Services Administration (ASSE) presented the reform of

The saddest moments in life can bring great joy. That

They say they repatriate 300 thousand illegals