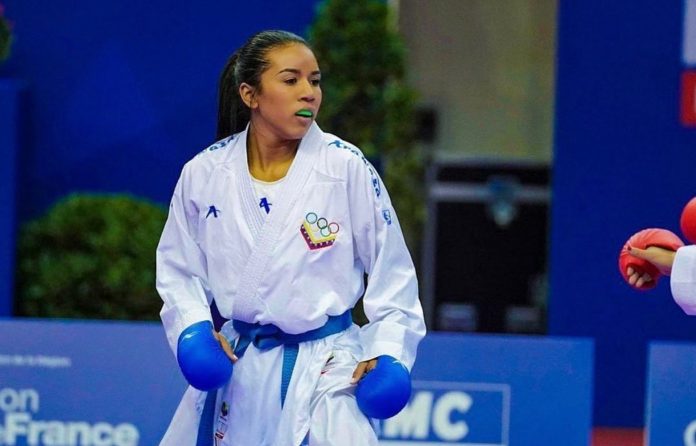 The Venezuelan Yorgelis Salazar won this Sunday, April 24, with the gold medal of the K1 Premier League of Karate in Matosinhos, Portugal.

In a luxury match against the Turkish Serap Ozcelik Arapoglu, the athlete born in Ciudad Bolívar won in the Female Kumite -50kg category. Her rival is ranked number 1 in the world ranking.

The scoreboard was 6-0 in favor of Salazar in the final of the competition that was held in the European country.

The Venezuelan Olympic Committee He sent a congratulatory message to the karate fighter on networks: Big, George, big.

When he got his place in the final, Yorgelis Salazar posted a message on Instagram. In the text she showed her emotion for all the effort that has meant reaching this point.

«I really have no words, I have fought a lot for this, I can only thank everyone for supporting me, God, my coaches, my family, my team, thank you for believing in me»he wrote on his Instagram account.

In the semifinals, the Venezuelan defeated Yee Ting Tsang, from Hong Kong.

On April 17, the karate fighter celebrated on her Instagram account the second place she obtained at the US Open.

“I took a silver medal after losing the final 11-11/senshu, it was an exciting match, maybe one of the best in the competition. It’s crazy the energy all these people put into the stands,” she wrote.

Thanks to everyone who supported me today, I’ll have the opportunity to do better next week in the Premier League in Porto 🇵🇹🙏🏾 pic.twitter.com/ZkQtuWMUaU

The Venezuelan Yorgelis Salazar won this Sunday, April 24, with

Follow the broadcast, live and direct online, of the delivery

Russian fertilizer exports that represent 40% of the world total

From October 2021 to April 2022, the number of Peruvians who believe that the political situation

Inameh forecasts this Sunday partially cloudy in the national territory

The National Institute of Meteorology and Hydrology (Inameh) foresees a partially cloudy sky this Sunday, however,

What happened to Robert Downey Jr? Fans confess that it is difficult to see him grow old

At 57 years old, Robert Downey Jr. is revolutionizing social networks, although now not because of

The economist Omar Zambrano pointed out that in Venezuela, only 53.8% of people between 15 and