Richarlison was the great figure to achieve a double for Brazil in the victory over Serbia 2-0 in group G action of the Qatar 2022 World Cup.

From the beginning, the Serbs planted themselves very well on the pitch from the midfield towards the back, where they were effective in the first 45 minutes, where Brazil only had 3 shots on goal, the clearest opportunity being Raphinha’s, who shot without power in front of the goalkeeper. and was easily controlled by goalkeeper Milinkovic-Savic, for its part Serbia had no clear option in the first half.

In the plug-in, Brazil came out with everything and Raphinha had another important occasion in a one-on-one with the Serbian goalkeeper who blocked the shot to keep the tie, at minute 49 Neymar was fouled on the edge of the small area that the same charge , but the shot crashed into the barrier.

Brazil continued to seek to open the scoring and their effort paid off when at minute 62 Richarlison took advantage of a rebound left by the goalkeeper to score 1-0 and unleash the joy of the Rio de Janeiro fans present in the stadium, the party would continue when Richarlison once again scored a Great goal when he received the ball from behind the goal and made a right-handed shot for his double in the 2-0 win for Brazil, adding his first three points in the Qatar 2022 World Cup. 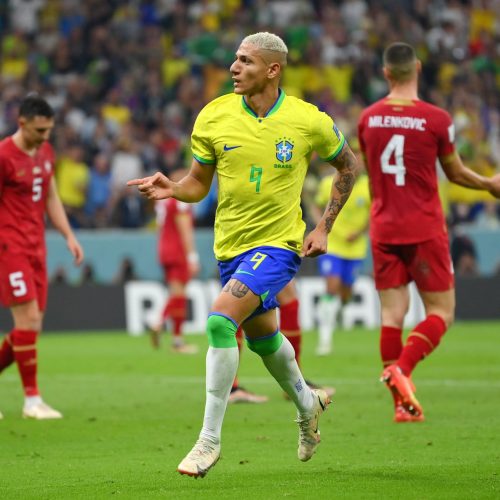 Richarlison was the great figure to achieve a double for

During the afternoon, the DNCP published that Ever Daniel Barreto

The Panamericana Sur highway in Arequipa is free and the

black friday is officially celebrated this Friday, but the sales

7 union leaders are sentenced for embezzlement against MITRADEL; failed to support the use of more than $261 thousand discounted to workers

The First Settlement Court of Criminal Cases, issued on the night of this Thursday, November 24,

The Liberal Party (PL), the formation of Jair Bolsonaro, will have to pay a fine of

Ombudsman will train justices of the peace on violence against women

38 people are charged with financial crime and money laundering

A total of 38 people, who were apprehended through the Phishing Operation, were charged with Financial

The former minister of the Ministry of Labor and Labor Development (Mitradel), Alma Lorena Cortés will