Two men were surprised by members of the National Police while trying to steal items from a pawnshop in the province of Colón.

According to the institution, the police units managed to observe in one of their rounds that the door of a pawn shop located at Calle 11 Amador and Herrera, was kept half open and with signs that it had been violated with a blunt object.

Upon entering the premises, they found two men and several backpacks, including one that contained tools that were possibly related to the theft. Meanwhile, the other three backpacks kept cell phones, cash and gold items, owned by the local.

Both suspects were placed under the orders of the Primary Care Prosecutor’s Office, for the corresponding procedures. 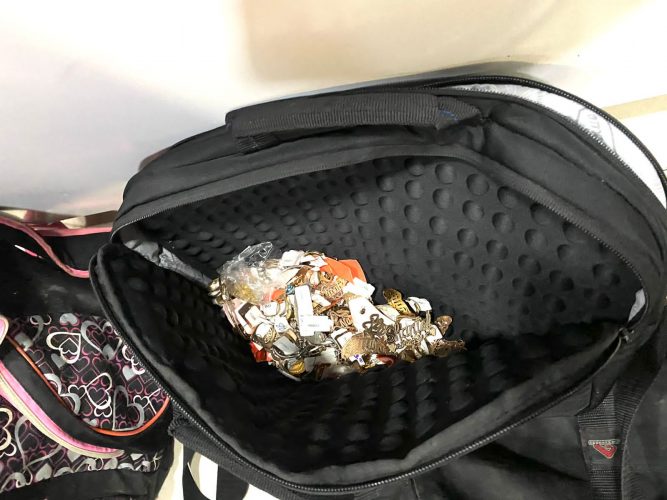 Oil falls to its lowest level this year

The opposition denounces hauling and threats to attend the AMLO march