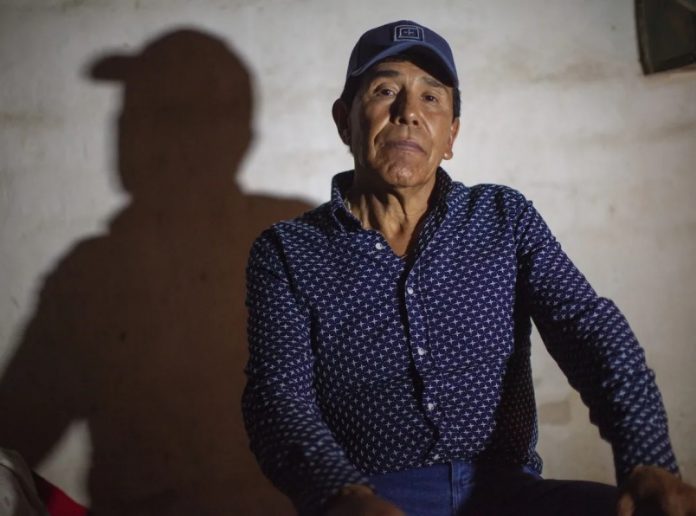 Rafael Caro Quintero, the great Mexican drug trafficker of the 1980s, had become most wanted fugitive by the United States Drug Enforcement Agency (DEA), for whom a reward of 20 million dollars was offered.

Caro Quintero, known as the “Narco de Narcos” and who was the leader of the Guadalajara Cartel, now 69 years old, was wanted for the 1985 kidnapping and murder of a DEA agent. Also for other crimes related to drug trafficking and organized crime.

He is “armed and dangerous,” the DEA pointed out in his search and arrest warrant.

Founder of the Guadalajara Cartel, Caro Quintero was one of the main drug lords in the 1980s and one of the first to ship drugs on a large scale to the United States.

Born on October 3, 1952 in the Mexican state of Sinaloa, cradle of the great Mexican capos, he amassed a great fortune. He had founded his cartel together with Miguel Ángel Félix Gallardo and Ernesto Fonseca Carrillo, alias “Don Neto”.

In 1985 he was linked to the kidnapping and murder of DEA agent Enrique Camarena, perpetrated in February of that year.

In April of that same year he was captured in Costa Rica, at the request of the Mexican authorities. Well, they already suspected that he was behind the crime of Camarena and the Mexican pilot Alfredo Zavala.

Both were kidnapped by assassins on February 7, 1985 in the western state of Jalisco, whose capital, Guadalajara, was the main center of operations for the cartel.

Rafael Caro Quintero, the “Narco de Narcos” of the 1980s

A month later, their bodies were found on a ranch in the state of Michoacán. They showed signs of torture, after the Guadalajara Cartel suffered major blows from the Mexican authorities in collaboration with the DEA.

Apparently, Camarena’s murder was due to revenge for having collaborated in the confiscation operation carried out in 1984. This was carried out on a ranch where the Guadalajara Cartel grew marijuana, owned by Rafael Caro Quintero.

According to the stories that have emerged from the capo, he once offered to pay the foreign debt to the Mexican authorities. An action with which he sought to be allowed to operate and used to help the most disadvantaged population.

Caro Quintero came to accumulate a fortune of almost 500 million dollars and his influence allowed him to interact in the high social spheres of Mexico. To the point that when he was arrested he was traveling with the niece of the then governor of Jalisco.

The Mexican prosecutor’s office explained in 2013 that Caro Quintero was sentenced for organized crime and crimes against health (drug trafficking). In addition, they prosecuted him for the murder of Camarena, “but not convicted.”

In 2009, a Mexican judge determined that due to the accumulation of the sentences against him, Caro Quintero was entitled to 199 years in prison. But by law only a maximum of 40 could be imposed.

The capo regained his freedom in August 2013 after a court dismissed several cases against him, one of them for an error of territorial jurisdiction in the process for the murder of the US agent.

A few days later, a judge issued a provisional arrest warrant against him for the purpose of extradition to the United States, and on November 6 of that same year, the Supreme Court of Mexico revoked the judicial ruling that allowed him to leave prison in August.

But it was already too late, because since 2013 his whereabouts were unknown.

President of the UDI, Javier Macaya, files a complaint against Pancho Malo for crimes of sedition and qualified damages

The senator and president of the UDI, Javier Macayafiled a

As a result of the tax reform, 2023 begins with

Havana Cuba. — December 28 is, for many, the perfect

Signature AMLO decree that raises vacations to 12 days after

Sebastián Da Silva on the FTA with China: It is a “bridge of progress”

In the Caracas Retumba, Sucre chapter, the youthful talent that filled the youth of Caracas with

39 road accidents have been registered so far in December in the Portuguesa state, resulting in

Inhabitants of San Antonio del Táchira, Ureña and the rest of the region and the productive