The National Police of Peru (PNP) seized in less than 24 hours more than 400 kilos of drugs, which were clandestinely transported in a truck that circulated through a populated center in the Valley of the Apurímac, Ene and Mantaro Rivers (Vraem).

After the seizure of the 419.37 kilos of cocaine alkaloid, which were packaged in 400 brick-type packages, the vehicle that was transporting them was seized: a silver truck, with license plate D2S-791.

As part of this interdiction operation, anti-drug agents seized the vehicle near the district of San Martín de Pangoa, in the province of Satipo, Junín region, and arrested three suspected drug traffickers who were traveling on board.

Said operation was carried out with intelligence information, according to which a criminal organization dedicated to illicit drug trafficking was transporting alleged shipments from the Vraem production area to the Raimondi district, in the Ucayal province of Atalaya.

The detainees were identified as Jimmy Jim López Lanaro (35), Jhon Félix Gómez Alhua (30) and José Luis Olano Salazar (31)the three of Peruvian nationality, who are attributed the alleged crime against public health – illicit drug trafficking to the detriment of the State.

After their capture, the detainees were transferred to a police headquarters in Mazamari to carry out the corresponding procedures.

In this interdiction operation, carried out specifically in the Santa Cruz de Anapati town center, agents from the PNP’s Anti-Drug Directorate (Dirandro) participated, as well as from the “Los Sinchis” Division of Maneuvers against Illicit Drug Trafficking (DIVMCTID). of Mazamari. 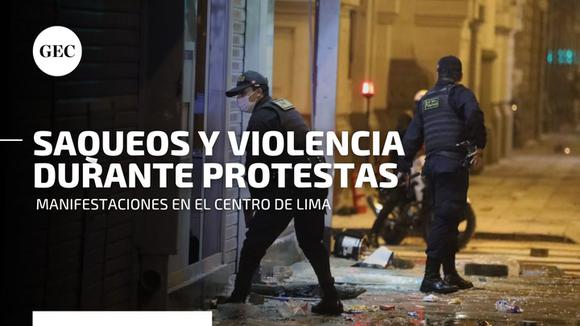 Demonstrators carried out looting and damage to public and private property, during the march called to protest against the immobility decreed by the government.

Vraem: Police prevent the transfer of 419 kilos of cocaine camouflaged in a van

The National Police of Peru (PNP) seized in less than

MLS suspends another player while it continues to investigate

After strike, laboratory technical assistants reveal that they have received threats from authorities

He specified that the threats they are receiving

After withdrawing batches of "Kindergarten eggs" with salmonella, closed the Belgian factory of Ferrero

In Argentina, the company decided to “voluntarily withdraw” the Kinder

MLS suspends another player while it continues to investigate

PetroTal resumed operations in the Brittany North Field of Block 95, after reaching agreements

Updated on 04/08/2022 08:39 pm PetroTal announced the resumption of its activities after the lifting of

Attorney Carlos Reaño: We bring the position of the Peruvian State to the IACHR

In an interview given to Canal N, the supranational prosecutor, Carlos Reano, gave his first statements

On the second day of the protest, the march intensified with the presence of a greater