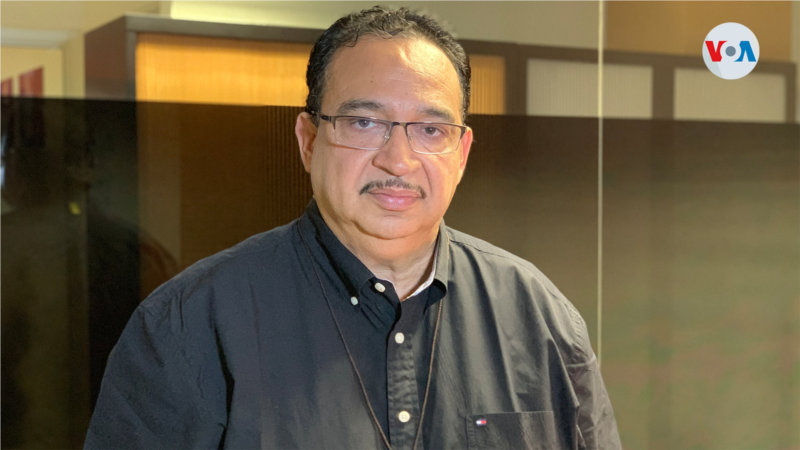 The voice of america condemned on Tuesday the closure ordered by the government of Daniel Ortega in Nicaragua of Radio Dario, one of its affiliate stations.

“The voice of america unequivocally denounces the decision of the Nicaraguan government to cancel the operating license of Radio Darioaffiliate of VOA and USAGM”, the United States Agency for Global Media.

Radio Dario is one of the few independent media outlets that dares to criticize the actions and policies of the Daniel Ortega government.

“We are alarmed that our affiliate is the object of this type of intimidation. We believe that this action restricts the free flow of news and information to the citizens of Nicaragua and undermines press freedom in the country,” he said. VOA it’s a statement.

Last Friday August 12 Ortega ordered the closure of the stationone of the oldest and most important in Nicaragua, located in the west of the country.

The radio, which had been in existence for more than 70 years, had recently been restructured after being burned down in 2018 during anti-government protests.

The director of the station, Aníbal Toruño, shared a letter issued by the Nicaraguan Institute of Telecommunications (Telcor), which regulates radio and television media, where he justifies the cancellation of the radio station due to alleged modifications to the license with which was operating.

The brief specifies that “an on-site inspection at the facilities of this Radio, verified that its transmission studios do not correspond to those authorized by the license” and that the “facilities in which it must operate have been modified and altered”, which was shown as the main justifications for withdrawing the station’s license.

Toruño believes that TERCOL’s decision is political and told the VOA that your radio station has complied with the legal operating requirements. “I had reports that they had to find some justification for their resolution, and they invented baseless glitches.”

In the last two months alone, the Nicaraguan government revoked the licenses of 17 media outlets. In addition, the Ortega government’s systematic campaign against independent media has resulted in 136 journalists fleeing the country to Costa Rica since 2018, including correspondents for VOA who left the country in December 2021.

The closure of Radio Dario represents a blow in at least two important departments of Nicaragua: León and Chinandega, both located in the West of the country, but apart from that it leaves an information blackout in the rural communities of these places where there is no internet access, nor television by cable.

Voice of America denounces the closure of Radio Darío in Nicaragua

The voice of america condemned on Tuesday the closure ordered

Juncá explained that the proof of life was

The Lambaré stream, scene of the macabre discovery. In the

The Plenary of Congress meets this Tuesday, August 16 at

Police sow terror in Mulukukú, after the arrest of the third priest

Mulukukú, a remote town in the northern Caribbean of Nicaragua, woke up to a large presence

Mexican journalist assures that “a full-fledged dictatorship” prevails in Nicaragua

“Let no one want to see their faces! The reality is that today Nicaragua is a

The massive crossing of Venezuelan migrants -documented from August- from the island of San Andrés, jurisdiction