Dr. Gisselle Guerra and Dr. Yazmin Mack, both researchers from the Technological University of Panama (UTP), received today the L’Oréal – UNESCO National Award “For Women in Science” 2022, in its sixth edition.

The L’Oréal–UNESCO National Prize “For Women in Science” is awarded to an ongoing research project in the country, which is directed by a Panamanian scientist with a doctoral degree or who is pursuing doctoral studies in the areas of Life Sciences, Matter Sciences, Physical Sciences, Mathematical Sciences or Computer Sciences. This year 13 applications were received.

This initiative is supported by the National Secretariat for Science, Technology and Innovation (Senacyt), through the Directorate of Scientific Research and Technological Development (R+D), in conjunction with L’Oréal Central America and the Andean Region (Ceran) and seeks promote the development of women who have dedicated their work and studies to science. The award arose from the international L’Oréal-UNESCO “For Women in Science” program, which has rewarded the work of more than 1,700 women scientists from 108 countries.

In this sixth edition, 10 winners from Central America and the Andean Region were chosen, 6 in Colombia, 2 in Peru and 2 in Panama, respectively. There are already eight researchers in various areas of science that have been awarded in Panama.

Dr. Gisselle Esther Guerra Saval is a researcher at the Hydraulic and Hydrotechnical Research Center of the UTP, a member of the National Research System (SNI) and a researcher associated with the Coiba AIP Scientific Station. The project that won her the L’Oréal-UNESCO National Award “For Women in Science” 2022 is entitled “Estimation of coastal erosion in vulnerable ecosystems and human settlements in the Bay of Parita”.

Dr. Yazmin Lisbeth Mack Vergara, a researcher at the Materials Testing Laboratory of the Experimental Engineering Center of the UTP, won with the project “Evaluation of the quality of water for human consumption including unconventional parameters through a mobile laboratory with advanced analytical techniques.

The objective of his project “Estimation of coastal erosion in ecosystems and vulnerable human settlements in Parita Bay” is to include another study site in the monitoring plan already established within another previous project, financed by Senacyt, entitled “Estimation of erosion in the Pacific coastline of Panama”.

Parita Bay, on the Pacific coast of Panama, has had marked setbacks in its coastline in the last 20 years. It is also the second most important area for migratory shorebirds in Panama, after the Bay of Panama.

In addition, Parita Bay is highly exposed to climate change and is one of the most vulnerable areas to sea level rise in the Panamanian Pacific. This rise in sea level favors erosive processes on the coast. Coastal erosion then limits economic activities, reduces the natural protection of the coast (mangroves, dunes, sandbanks) and generates pressures on coastal human settlements.

The general objective of Dr. Guerra’s research would be to estimate the rate of erosion in coastal communities within the Bay of Parita, and its scope seeks to make visible that the coasts are one of the most dynamic environments on earth, and their changes are related to natural processes and human activities.

His winning project is entitled “Evaluation of the quality of water for human consumption including unconventional parameters by means of a mobile laboratory with advanced analytical techniques”, in the area of ​​Material Sciences.

The objective of this proposal is to strengthen the mobile water quality laboratory of the project “Morbidity vs. Water Quality for Human Consumption in Tonosí: a pilot study” with supplies and accessories necessary for the evaluation of water quality, including the identification and quantification of unconventional parameters such as heavy metals and pesticides, in remote areas, with advanced instrumental analytical techniques and operated by qualified technical personnel.

Initially, the project is carried out in areas where agricultural and livestock activities are an important part of their economic development, such as Tonosí, Los Santos. However, the mobile laboratory is available to serve other regions and cases of environmental emergencies. 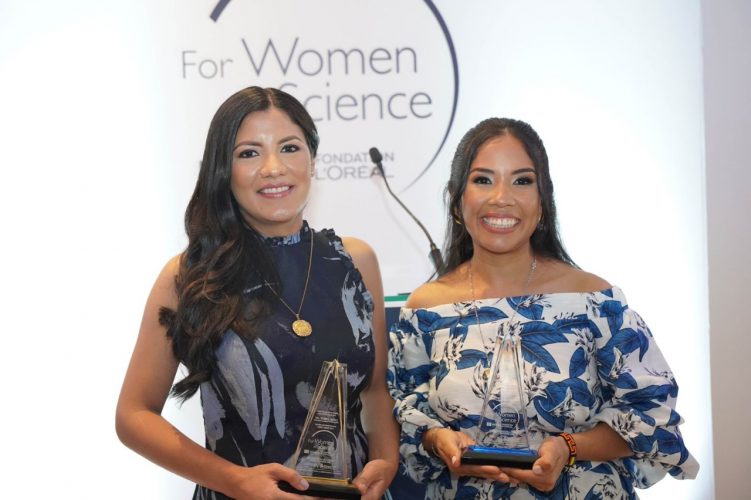 4.1 tremor shook southern Colombia, but was felt in several regions

Book on rumberas from Matanzas presented

The book matancera rumberasby the pianist and musicologist Roxana Coz

Blisters on the feet, headache and hypertension: most treated cases in Caacupé

These are the most important news of December 6, 2022