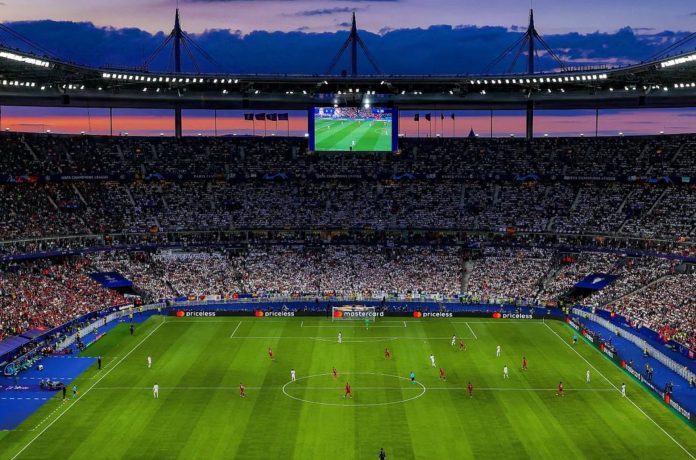 The scenes of chaos before the Champions League final won by Real Madrid this Saturday against Liverpool (1-0), whose start was delayed by more than half an hour this Saturday in Paris, was caused by thousands of spectators with false tickets, UEFA explained in a statement.

“As the start of the match approached, the turnstiles (to enter the Stade de France) on the side of the stands reserved for Liverpool were blocked by thousands of spectators who bought fake tickets and did not work,” explained the statement. European body in its text.

“As the number of people outside the stadium continued to increase after the start of the match, the police had to use tear gas to disperse them,” explained UEFA, which specified that it will proceed “urgently” to an audit to find out what happened, in collaboration with the police, the French authorities and the French Football Federation (FFF).

The final of the Champions League 2021-2022 crowned Real Madrid after a game that at the beginning was marked by the huge lines at the entrances, the fans angry at not being able to access and even the attempts to enter irregularly, which forced the police intervention and the use of tear gas.

“We are very disappointed by the access problems and perimeter security breaches experienced by Liverpool fans,” the English club said in a statement.

“It’s the biggest game in European football and fans shouldn’t have to live through these kinds of scenes, which we witnessed tonight. We have officially called for an investigation to determine the causes of these unacceptable problems.” This was regretted by the runner-up club in England and now runner-up in Europe.

A police source told AFP that the French authorities had warned from the beginning of the difficulty of managing the presence of several thousand fans without tickets.

More details of what UEFA will do

Faced with this situation, this source indicates, “we have made an encouraging communication”, asking spectators with tickets to come to the stadium at 6:00 p.m. (three hours before the scheduled start of the match) to avoid crowds and prevent “fans with tickets They will stay outside.”

Another police source considered for his part that it was “a bit easy” to criticize the security forces, when from the beginning they had warned of the difficulty of channeling such a large number of fans without tickets.

French Interior Minister Gerald Darmanin explained on Twitter that the attitude of “thousands of British fans without tickets or with false tickets who forced the tickets” of the Stade de France caused the problems.

“Thanks to the very many law enforcement forces mobilized tonight in this difficult context,” Darmanin added.

The scenes of chaos before the Champions League final won

By Feelings do not understand borders or languages. For this

Two months of Productive Argentina 2030, a plan that aspires to "build consensus"

"We have shown once again who is the king of Europe"Courtois says.

The Real Madrid goalkeeper, Thibaut Courtois, was happy this Saturday

The Hueco Hunting Squadron carried out various road works, such as demolition and leveling of avenues

Vice President inaugurated a course on Coercive Measures in Caracas

The Executive Vice President of the Republic, Delcy Rodríguez, inaugurated in Caracas the Diploma on Coercive

Judging by the polls, Petro will fall short of half plus one of the votes to