This Saturday afternoon proceeded with the collection of remains of the plane that fell after taking off from the María Reiche aerodrome to go to the area of ​​the Nasca Lines, in the Ica regionand caused the death of a group of tourists and the crew.

According to Canal N, the bodies of the victims that remain since Friday in the morgue of Ica They would be transferred this afternoon in Lima, at approximately 6:00 pm The deceased are three Dutch citizens and two Chileans.

The aforementioned media added that the authorities continue to coordinate with their consular peers from Chile and the Netherlands the repatriation of the remains of foreign citizens. Meanwhile, representatives of the Provincial Municipality of Ica work with the Tourism Police to deliver the tourists’ belongings to their families.

It was also detailed that due to the accident, flights to the area of ​​the Nazca Lines.

LOOK HERE: More than one hundred minors were infected with COVID-19 in January 2022 in the province of Ica

This Saturday afternoon, the remains of the plane that fell after taking off from the María Reiche aerodrome were collected to go to the Nasca Lines area, in the Ica region, and caused the death of a group of tourists and the crew. .

On Friday, at approximately 12:10 pm, the company aircraft Aero Santos license plate OB2109, model Cessna 207in which they traveled 2 crew and 5 passengersrushed to the ground in the vicinity of the María Reiche airport in the city of nazcamoments after liftoff.

Prosecutor Hugo Umiña Cruz, from the Second Office of the Second Provincial Criminal Criminal Prosecutor’s Office of Nasca, carried out preliminary proceedings yesterday afternoon in the Vista Alegre area, after the fall of a small plane that caused the death of seven people.

The staff of the Institute of Legal Medicine of Ica, with the support of the National Police, also arrived at the scene of the accident to proceed with the removal of the bodies.

In addition, the representative of the Public Ministry made a finding at the facilities of the company Aero Servicios Santos SA, owner of the damaged plane, to gather information that would allow the clarification of the facts.

LOOK HERE: Register for free HERE in our newsletter MAIL TODAY and receive the news that interests you in your email

Ventanilla: Is it really worth donating hair to support oil spill cleanup? 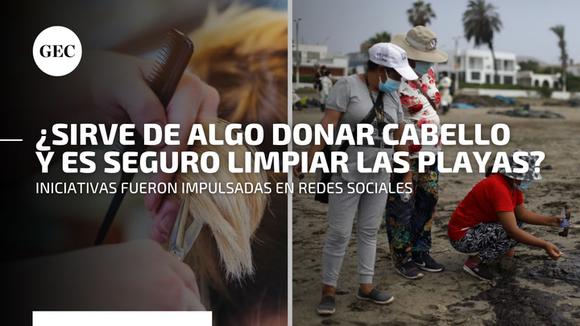 Countries like Venezuela, the US, Uruguay, Colombia, Spain, Argentina and

"We are monitoring Di María’s situation"

Prepaid medicine: 2023 began with a new regime of segmented increases and copayments

The prepaid medicine companies will have to attach the rate

Interpol captures in Los Santos a person wanted by Germany

Tacna: Sale of birds is prohibited at “animal fair” due to bird flu