Brazilian plus size model Juliana Nehme denounced having received discriminatory treatment when boarding a Qatar Airways flight to Brazil, because she was too big for her seat.

This is confirmed by the 38-year-old influencer, who recorded the incident in various videos that she uploaded to social networks and that in a matter of hours went around the world.

In them, the woman explained in great detail to her 118,000 followers that the unfortunate event occurred when she arrived at the airport after vacationing in Lebanon with her family, a country to which, she assures, she arrived without problems through another flight line. .

“What a shame that a company like Qatar allows this type of discrimination towards people!” she said by way of disclaimer, adding “I am fat, but I am like everyone else”.

According to his account, being denied boarding on his first return flight caused him to miss his connection to Sao Paulo, and the airline did not offer to refund his ticket money.

In fact, he denounces that the solution they offered was to buy a first class ticket -which has larger seats-.

“They deny me my right to travel… I’m desperate, help me, they don’t want me to board because I’m fat,” lamented Juliana, according to the British newspaper Daily Mail. 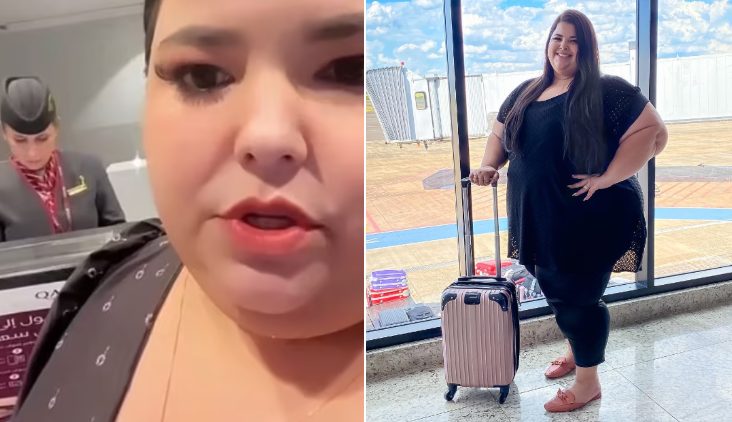