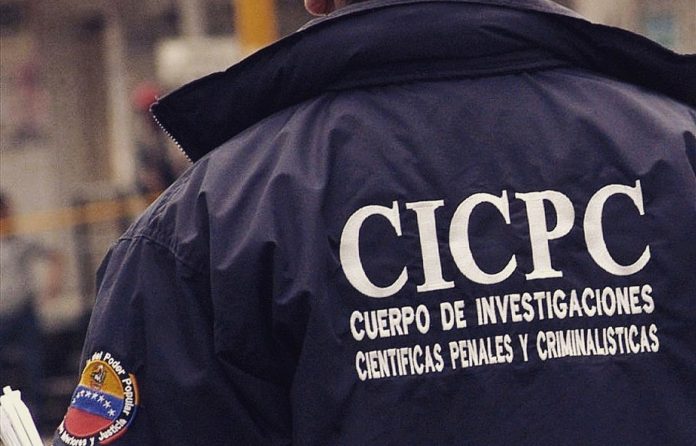 Félix René Closier Jauregui, an active official of the Scientific, Penal and Criminal Investigations Corps (Cicpc), was identified as the leader of a gang of kidnappers that operated in Caracas and sectors of Miranda state.

The criminal group nicknamed the Mariche troops was also made up of two other former Cicpc officials: José Daniel Echenique Pacheco and Rubert Fabián Montañez Avilán, the latter detained.

Closier Jauregui, who fled, and all the members of the gang were identified during an investigation carried out by officers from the Cicpc Anti-Kidnapping Division, which was searching for a kidnapped merchant in Mariches, Sucre municipality, Miranda state.

Ricardo García, 74 years old, was intercepted when he arrived at his workplace on January 31 by 4 subjects dressed in black with balaclavas, carrying firearms, aboard a gray Fortuner truck.

After spending 72 days in captivity, during which time the gang of kidnappers requested money and goods from his family in exchange for keeping him alive, the merchant was released on April 12 during a rescue operation in which more than 20 officials from the cicpc.

During the operation, carried out in the El Roble de Mariches sector, Carlos Alberto Castro Vázquez, nicknamed El titi, who was the caretaker of the merchant, died. This was reported in Instagram the director of the Cicpc, Douglas Rico.

Officers determined that the gang had other members, who are also currently on the run. One of them was identified as Juan Deivys Castro Rojas, 37 years old, while the others are nicknamed Derzon, Leo and El Ruso.

They dismantle a gang of kidnappers led by a Cicpc official

Félix René Closier Jauregui, an active official of the Scientific,

They robbed the father of "little" Schwartzman at his Palermo store

Security cameras captured the moment of the robbery. WATCH VIDEO

Petrobras Young Apprentice has 734 vacancies in 14 states and DF

As of today (18), registration is open for yet another

Key hours are lived for the first great battle of

They robbed the father of "little" Schwartzman at his Palermo store

So far La Mañana has not identified whether it is a targeted attack, but they assure

Inameh forecasts rains and showers in much of the national territory﻿

The GNB rescued 26 people on the high seas

During Holy Week, members of the Bolivarian National Guard rescued 26 people who were stranded on

Shanghai announces its first deaths from covid since confinement

Ukrainian soldiers rule out surrender to Russian siege in Mariupol