A total of B/. 9,609.85 in vouchers redeemable in shops, supermarkets and restaurants for the sum

The exchange of arms and ammunition for vouchers took place, during the first day of the Program, with people who voluntarily went to the Eugenio “Yuyín” Luzcando Gymnasium in Betania and handed over the illicit objects.

He reiterated that this exchange is done confidentially and that no questions will be asked of the people who deliver the weapons and ammunition, which are subjected to an evaluation, to calculate the amount of the exchangeable vouchers that will be paid.

He added that this Tuesday, December 13, the program will continue at 9:00 in the morning and 3:00 in the afternoon, at the Eugenio “Yuyín” Luzcando Gymnasium, after which it will move to the Sports Complex on Wednesday, December 14. Santa Marta, in the corregimiento of Belisario Frías, in the district of San Miguelito; and on December 15 and 16, at the Roberto Kelly Sports Complex, in the village of Don Bosco.

Major Luis de la Cruz urged the public to continue supporting the program by coming to deliver the weapons and ammunition to the assigned points in Betania, Belisario Frías and Don Bosco.

Official figures reveal that so far this year, the sum of B/. 126,397.05 in vouchers redeemable in shops, supermarkets and restaurants to people who delivered 459 firearms, 39,788 ammunition, 417 suppliers, 29 explosives and 40 accessories. 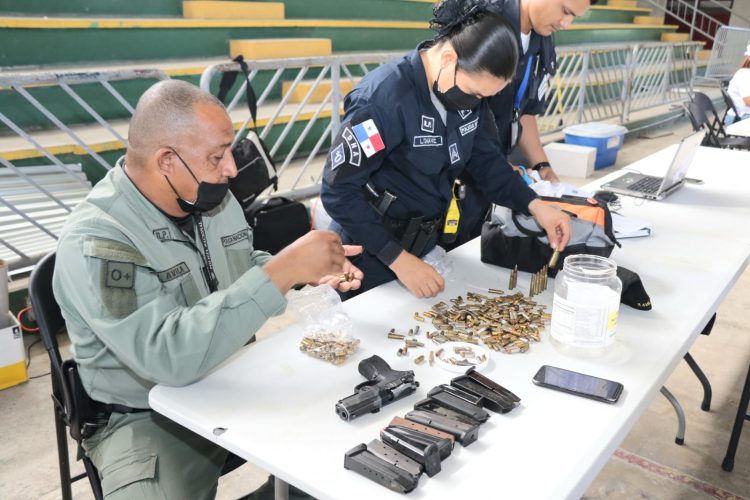 Luis Suárez, presented: "That they are prepared to enjoy"

At 35 years of age, Luis Suarez still has rope

Authorities around the world bid farewell to Benedict XVI

Photo: Juan Roleri. The presidents and prime ministers of many

The acting President of the Republic, Hamilton Mourão, edited two

Lina Tejeiro and Andy Rivera: the actress is seen in the front row of the singer’s concert

They arrest Manuel Obando, a trusted journalist of Monsignor Álvarez

Barcelona draws with Espanyol in the Spanish League

Judith Pena | December 30, 2022 Many are the rituals that people perform at the end