A clan of swindlers was disrupted by the Police after the apprehension of its four members, two Colombians and two Bolivians, who offered their victims money in a safe, but inside there were only fake bills.

The director of the Special Force to Fight Crime (Felcc), Colonel Julio César Cossío, indicated that the investigations carried out by the personnel took them to Yapacaní where the Colombians were captured Luis Alejandro Molina Rojas and Julián Cabrera Solano; and the Bolivians Taras Murachet Rocha and VIt was Lucia Mendez Avalos, who would dedicate themselves to scamming with the story of the “cmillion-dollar security guard.

“The population must be aware that if they are offered money so that they can reinforce, capitalize or start a businessor if they offer them half a million or 1 million dollars in exchange for having to deposit amounts like 50 thousand to 100 thousand dollars, don’t let yourself be convinced, they are scams that they are carrying out,” warned Cossío.

The safe that they left their victims in which they kept counterfeit money / Photo: FELCC

He explained that the four scammers fell after the first case was known, in June, where a victim recognized the scammer and made the complaint. ANDThe mode of operation of this gang was to leave the safe where there was supposedly 500 thousand dollars, but His victims had to give them 32 thousand dollars as a loan commission so that the next day someone will open the box or give you the password.

“There is a safe with counterfeit bills where they sweeten their ears. They showed them the money and took out a wad to check the bill, but while they were talking to the victim, they took out the real money, locked the safe, and locked it up. The scammers indicated to the victims that in 24 hours they would give them the key, but that never happened, “he said.

The four swindlers, at the time of their apprehension, they were in a white vehicle which contained counterfeit bills inside.

The police chief indicated that this type of scam has already been reported not only in Santa Cruz, but in POtosi, Tarija and Oruro. “LUnfortunately, there are people who want to get money quickly, even naively, and they allow themselves to be scammed. But now, these four people have already come to the knowledge of the Public Ministry and we are waiting for their precautionary hearing,” he said. 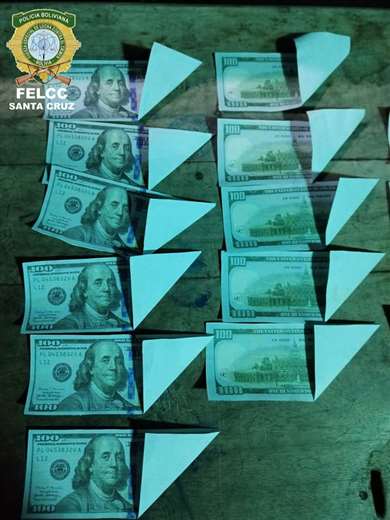 They offered money to boost business, but the bills were fake/Photo: Felcc. 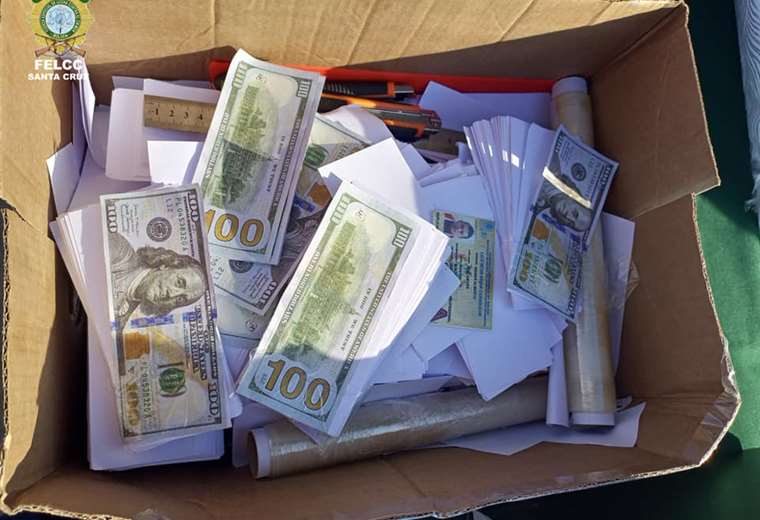 At the time of the arrest of the four fraudsters, counterfeit money was found in the vehicle in which they were traveling/Photo: Felcc.

Photo: file. the industrialist Dow Jones closed this Friday with

Dollar today: how much is the foreign currency trading for this Monday, July 11

Camacho’s health is at risk due to his low defenses; requires special treatment