The president of the Parliamentary Ethics Commission, Karol Paredes, reported that this working group will evaluate whether to open an ex officio investigation of the Popular Force congressman, Hernando Guerra García, who participated in a work session while vacationing on the northern beaches. How fast! I wish he were that agile when it comes to his six co-religionists known as ‘The Children’. And it is that it has been several weeks and until now –be it for one reason or another, or pretext– the beginning of the investigation has been delayed. And be careful, it did not occur to Paredes to see the case ex officio. Noooo, wow! We had to wait for the issue to be put on the table by the Oversight Commission. Is it because of the fact that an acciopopulist does not eat an acciopopulist? Not for very early

The Commission in charge of selecting the candidates for Ombudsman is also speeding up. According to the work schedule approved on Tuesday, the Plenary will be able to elect Walter Gutiérrez’s successor as of August 16. For now, this Saturday 6 and Monday 8 the benches will present their proposals. Not too early… Sigrid Bazán wanted to have a cool time. She never mentioned the phone calls made to her by today’s fugitive Fray Vásquez Castillo until the subject came to light last weekend. According to what she says now, there were two calls “so short” that her “political actions” cannot be questioned because of them. Ahhh well, that doesn’t even worry him because his performance has been criticized for a long time, and not because of his relationship with his very nephew, but for turning a blind eye to all the irregularities of “Uncle” Pedro’s government. Everything stays in the family… 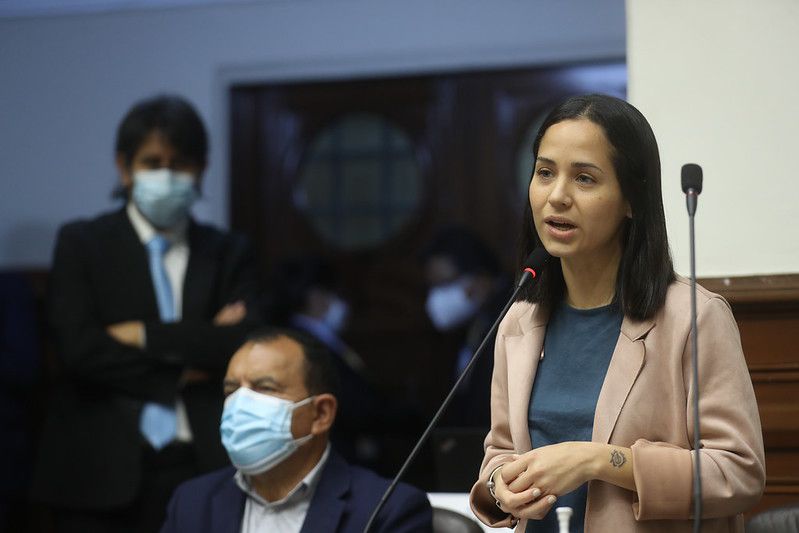 Under the magnifying glass of the PJ

The Judiciary will evaluate next week if it accepts the request of the Prosecutor’s Office to issue an appearance with restrictions against Daniel Salaverry, advisor to President Pedro Castillo. And on account of what? Well, it turns out that the former Fujimori legislator is being investigated for presenting allegedly fraudulent reports on his activities during the week of representation between 2017 and 2018. Apparently, the teacher does not want to spoil his streak of questionable characters in the presidential environment. AP DOES NOT EAT AP – I Carol’s enthusiasm The

Three parties add the largest number of members in the register

Between FP, PLD and PRM they total 5 million affiliates

With a traded volume significantly lower than the US$ 40.4

Boris Johnson: Putin would not have invaded Ukraine if he were a woman

Photo: AFP The Russian President, Vladimir Putinwould not have ordered

Three parties add the largest number of members in the register

If you are going to withdraw your AFP, this you should know if your DNI ends in 3

If the last number of your DNI ends in 3, from this June 30 you can

Congress now points to an impeachment process for Pedro Castillo

On Tuesday night, just one day after the frustrated interview with President Pedro Castillothe legislator Hector