Heading for the mayor of Lima

Hernando de Soto presented Luis Molina, current mayor of Miraflores, as the candidate for Mayor of Lima for Avanza País in the October 2022 elections. He will be accompanied by former congressman Marco Miyashiro, who will tempt the position of deputy mayor. The engines of the mayor’s race are starting to heat up.

The former presidential candidate also split with Edwin de la Cruz, who appeared at the Government Palace as secretary general of Avanza País to meet with President Pedro Castillo. “He is a man we are expelling and he is no such thing (Secretary General). It seems that we are dealing with an informal secretary general ”, clarified De Soto. What a roche

Is it because of this –and other things– that the president got nervous yesterday and, anticipating what could be revealed today, he tried to put the patch on? “I’m sure they are up to a lot of things; audios, videos will come out, many edits will come out (sic), but what they can’t do is shut us up ”, he said. It is sold alone.

The president of the Foreign Relations Commission, Ernesto Bustamante, has asked Foreign Minister Óscar Maúrtua for a report on the entry and actions in our country of the Cuban Intelligence agent, Carlos Zamora Rodríguez, recently accredited ambassador to Peru. Let’s see what he has to say … 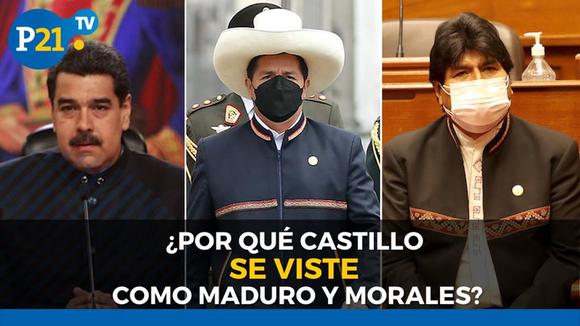 MADRID, Spain. – During 2022, tourism in Cuba plummeted by

2-1: Mena leads León to the final of the Apertura

Magistrate will ask to revive Force for Mexico