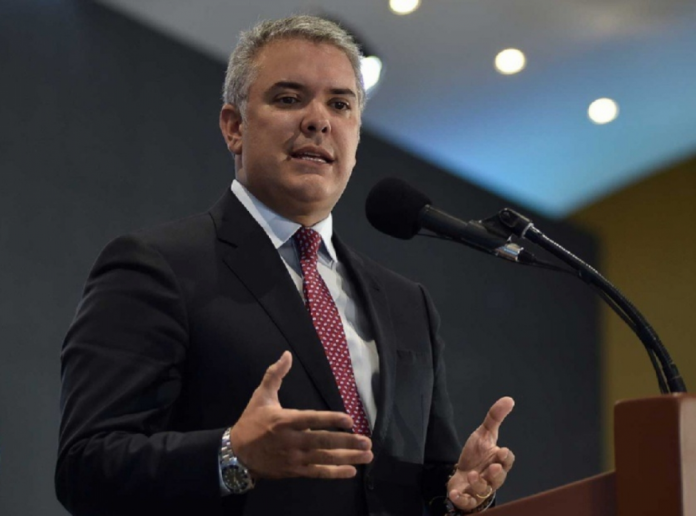 The President Colombian, Iván Duque, and the ambassador of USA in Colombia, Philip Goldberg, announced on Tuesday the donation of 12 helicopters from the North American country to the Colombian National Police to strengthen the fight against drug trafficking.

“This is a multimillion-dollar contribution that also strengthens our defense capacity,” Duque celebrated at a press conference from the Casa de Nariño, where he was accompanied by the Vice President, Marta Lucía Ramírez, and the Principal Deputy Undersecretary of the Office of International Affairs US Narcotics and Law Enforcement (INL), James Walsh.

Duque referred to the “holistic strategy” to confront drug trafficking, which “will have a special focus on the 120 municipalities with Territorial Development Plans (PDT) where 95% of the coca is produced to carry out an intervention that combines the intervention in security, but also an acceleration of social investment.

“We continue to work hand in hand to protect our citizens,” the president explained, adding that Walsh’s visit “reaffirms that today more than ever this comprehensive approach that combines all the tools from the fight against illicit cultivation to educational campaigns and pedagogical to sow a social behavior that avoids consumption, as well as a public health approach to those who suffer from drug addiction.

For his part, Goldberg indicated that the donation of these “Black Hawks” reaffirms “the fight against drug trafficking” and is a symbol of the “new holistic effort program, contributing not only to the effort to fight drug traffickers, but also to development in rural areas of Colombia to reduce coca cultivation.

“It is an effort of co-responsibility, on our side we have to reduce the consumption of coca, and it is our commitment to do so,” he added, praising Colombia as a partner in the fight against drugs, since both nations share “the values, democracy , and the peoples: that is the reason that Colombia and the United States are allies».

Finally, Walsh indicated that after the meeting with Duque they seek to “take this effort to the next level,” which will be “going to rural areas and giving the Colombian people access to justice and fighting environmental crimes,” among others.

“We are extremely excited by the fact that we have taken our bilateral relationship to a higher level, it is incredible, because this is a very strong relationship,” he concluded.

How much will train and bus tickets cost from January 1

The heavy rains that hit the state of São Paulo

Doomsday Clock is expectant before the third week of January 2023

The Cuban Institute of Cinematographic Art and Industry (Icaic) plans

A Boca fan in Brazil arrested for making racist gestures

Evacuees in Artigas and Paysandú, fallen trees and power outages: how the storm affected the country

In the daily balance of covid-19, no deaths were reported within the national territory. Since the

Know all the important information of the business world

Read on SuchWhich more news from the Venezuelan and international business sector with data of financial,

The President of the Bolivarian Republic of Venezuela, Nicolás Maduro, expressed this Wednesday that the greatest

Hard Rock Cafe left Venezuela in 2020 after approximately 10 years in the country, after the

«From the depths of my soul, I am proud of the Bolivarian National Armed Forces that