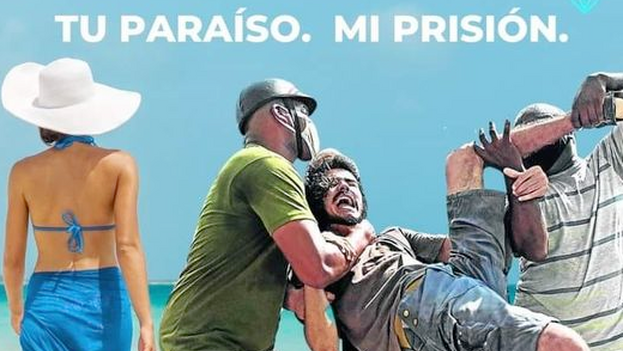 The airline World2Fly, of the Iberostar tourism group, present at the International Tourism Fair of Cuba (FitCuba) inaugurated this Tuesday in Varadero, announced its intention to increase weekly flights between Spain and the Island to five starting next winter.

The Island is thus consolidated as a priority destination for the company, which last September opened its Madrid-Havana route and, just two months later, increased the frequency to three of their flights per week.

As World2Fly’s director of sales for Cuba, Javier Leal, told the Efe agency, Iberostar is a “holiday company whose main objective is to attract tourists to a market of sun and beaches like that of the Caribbean country” and for this it has ” Airbus A350, one of the two most modern aircraft in the fleet”.

The Spanish group has managed 17 Cuban hotels since 1993 in Havana, Cayo Largo del Sur, Varadero, Trinidad and the northern keys of the central provinces of Villa Clara and Ciego de Ávila.

Together, the Spanish chains (Meliá, Barceló and Iberostar) operate 70% of the hotel rooms in Cuba through management contracts with the State.

World2Fly has also just open an office in Santa Clara and another in Madrid, to promote tourism to the Island.

At the same time, various opposition organizations have launched a campaign against tourism in Cuba due to the repression exerted by the regime since the peaceful protests of July 11.

Thus, Cuba Decide, which through its social networks has recently shared dissuasive messages with the hashtags #NoViajesACuba. “If you travel to Cuba you are an accomplice of a regime that has political prisoners, including children,” they say, for example, in the tweet that accompanies the image of a young man detained by agents while a tourist walks on the beaches with his back turned. from Varadero.

The Free Cubans around the World platform also posted last march a message for the owners of Meliá, Gabriel Escarrer Juliá and Gabriel Escarrer Jaume. In the text they recall that many of those arrested during the days of protest “are still in prison, many of them having been sentenced to long prison terms for fabricated charges.”

“If you travel to Cuba you are an accomplice of a regime that has political prisoners, including children”

the activists they have manifested in Madrid, Miami, Rome and several Latin American cities in front of the offices of Iberostar and Meliá with posters that include the faces of the young people sentenced for sedition and opponents, such as Félix Navarro and José Daniel Ferrer, also arrested on those days in July.

Meanwhile, the Cuban government is determined to recover ground in the tourism sector, its third source of income, that does not lift its head after the debacle caused by the covid-19 pandemic.

Thus, it takes great care in FitCuba, whose 40th edition has Russia as a special guest and where 5,260 exhibitors from 53 countries will attend until May 7, looking for business opportunities.

Between January and March, the Island received 313,908, a much higher figure than the 128,159 in the same period of the previous year, but tiny compared to the same quarter, the best of the year, before the pandemic.

The airline World2Fly, of the Iberostar tourism group, present at

Reproductive rights are the basis for women’s empowerment, says the UN

The Secretary General of the UN, Antonio Guterresbelieves that sexual

The regime of Daniel Ortega and Rosario Murillo directed the

Parents of the Once de Octubre school consider

Reproductive rights are the basis for women’s empowerment, says the UN

The US resumes the management of visas for immigrants in Cuba

The United States Consulate in Havana resumed on Tuesday the processing of visas for immigrants, announced

Returning to Cuba from Europe, where she has denounced the situation of her son, convicted after

The #YoSiTeCreo platform reported this Tuesday of a new femicide in Cuba. Odalys Lavin, 55, was

Two years for the crime of contempt is not enough for the Cuban Prosecutor’s Office. Yoandi