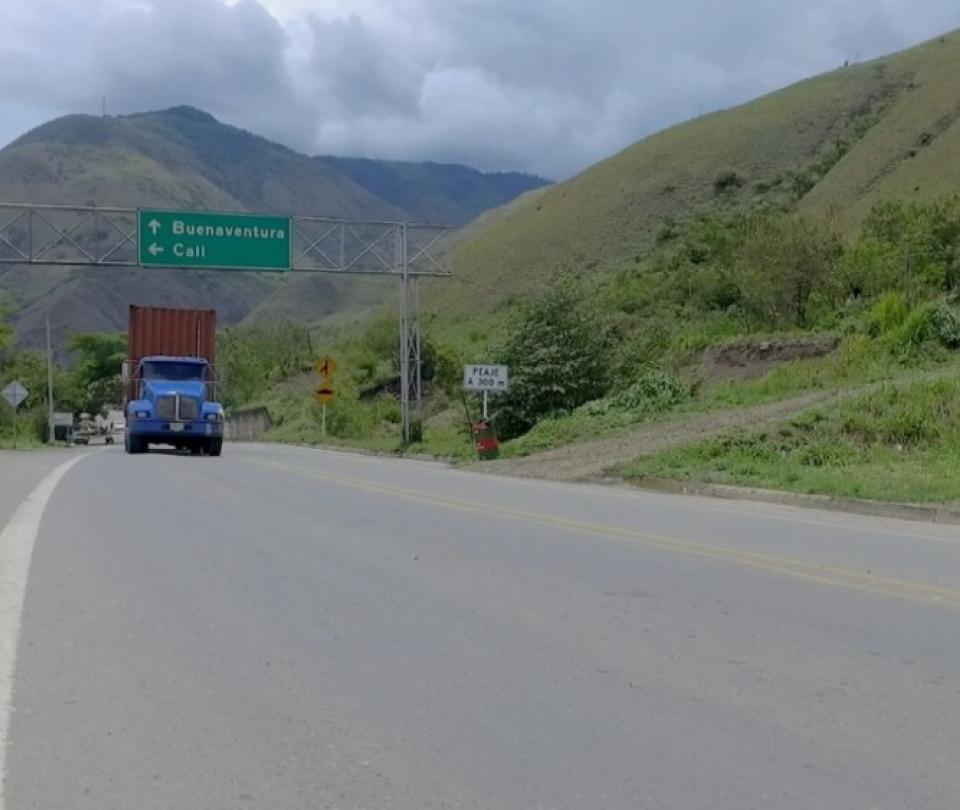 The National Government, through the National Infrastructure Agency (ANI), awarded the project that seeks to complete the dual carriageway works of the corridor Bonaventure – Buga, an initiative that is part of the program Bicentennial Concessions – 5G and that it is developed in order to improve the connection between the port and the interior of the country.

(See: The award of works in the Canal del Dique was suspended).

The company in charge of executing the works will be the Sacyr Concessions Colombia S.A.S., which competed with the firm Proyectos y Desarrollos Viales del Valle SAS – Prodevivalle SAS and which was in the eye of the hurricane on August 4 due to inconsistencies in carrying out the APP of the Dam Channel.

The Buenaventura – Buga double carriageway will have a concession length of 128 km and a corridor on the second carriageway along 116.1 km.

“Completing the dual carriageway was a necessity, as it will improve the connection between Buenaventura, an international port, and the cities of the interior. With the modernization of this road, we will continue to bring prosperity, employment and infrastructure improvement to a region that needs it so much.”, said Ángela María Orozco, Minister of Transport.

(See: Resources for Aerocafé are assured: they ask to rethink the project)

The project will have investments of $4 billion, of which $2.2 billion will be in construction and $1.8 in operation and maintenance (figures as of December 2020).

With the execution of these resourcess, the generation of 66,570 jobs is estimated between direct, indirect and induced. “We are going to have a faster road, which will better connect the south of the country, which will have a positive impact on the quality of life of the citizens who reside in the area of ​​influence of the project. A large part of the country’s trade enters through this corridor, which is why it was vital to complete the dual carriageway”, indicated Manuel Felipe Gutiérrez, president of the ANI.

The contract estimates the construction of 35 km of new track (second lane), the construction of a cycle path between Mediacanoa and Buga, the improvement of 33.7 km, the rehabilitation of 15 km of the Simón Bolívar road, the national pass through Buenaventura, the fine-tuning of 155 km of existing road, as well as the operation and maintenance of 244 km.

(See: Sacyr awaits decisions from the new government on the Canal del Dique).

Among the works, the stabilization of slopes, the construction of two (2) short tunnels, totaling approximately 1.4 km, and the change of electromechanical equipment in the seventeen (17) existing tunnels, whose consolidated length is 9.3 km, the construction of 12 new pedestrian crossings and at least 62 wildlife crossings. With these works, the national government seeks to reduce travel times for cargo vehicles, from 2.5 hours to 2 hours. That translates to a savings of 20%.

(See: The new passenger terminal at the Popayán airport is ready).

The National Government, through the National Infrastructure Agency (ANI), awarded

A Bengal tiger cub, a species in danger of extinction

The cloud of smoke coming from the fire at the

Today is the decisive day to rescue the 10 trapped miners: AMLO

Andrés Manuel López Obrador, president of Mexico, said that this

Tatán Mejía and Maleja Restrepo are making their debut: they put their fingerprints on their new house

The former participant MasterChef Celebrity, Tatan Mejia and your partner Maleja Restrepo, They showed a couple

The new passenger terminal at the Popayán airport is ready

The National Government On the verge of completing his mandate, this Friday he handed over to

As of July 2022, Colombia recorded a inflation of 10.21%, according to the National Administrative Department