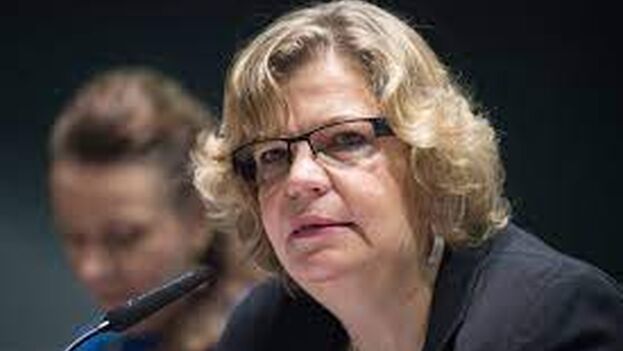 Franco-Mexican doctor Nadine Gasman was proposed by the Government of Andrés Manuel López Obrador as a candidate to lead the Pan American Health Organization (PAHO) for the period 2023-2028, a designation that the Madrid-based organization Prisoner Defenders (PD) consider scandalous.

The applicant is the wife of Joaquín Molina, representative of the Cuban side in PAHO and one of those responsible for the Mais Médicos program, for which the organization is denounced in a US court as an intermediary for channeling payments between Brazil and Cuba. The plaintiffs allege that the regional affiliate of the World Health Organization facilitates the “human trafficking network” and “slavery” that concealed the Mais Médicos program in Brazil.

PD affirms that the appointment was sponsored by Raúl Castro last summer in order to obstruct the lawsuit filed in 2018 by four Cuban doctors who were part of the mission in Brazil. According to the organization, the former Cuban president commissioned López Obrador to look for someone who could hinder the investigation of the US Justice. In addition, PD asks that “PAHO structures be shaken and cleaned for the good of public health and human rights in Latin America and the world”.

Till the date, there are five people competing with her for the position, although until May 1 it is possible to apply for more people. The Brazilian Jarbas Barbosa da Silva, the Colombian Fernando Ruiz Gómez, the Panamanian Camilo Antonio Alleyne Marshall, the Uruguayan Daniel Salinas and the Haitian Florence Duperval Guillaume are their opponents for now. The vote will be held at the 30th Pan American Sanitary Conference of PAHO, between September 26 and 30, 2022.

Gasman has, according to PD, a conflict of interest to be the winner in that vote due to her marriage to Joaquín Molina. The official is one of the defendants in the lawsuit in Florida, against which he filed an appeal. Mais Médicos has three essential managers according to the NGO, on the one hand Heidi V. Jiménez, legal adviser to PAHO and collaborator of the ministries of Health of Cuba and Brazil in 2013, when Castro and Rousseff signed the agreement. On the other, Carissa Etienne, as current director of PAHO; and lastly Molina, then representative in the same by the Cuban regime.

Last weeka US court rejected PAHO’s appeal to stop the lawsuit filed by Ramona Matos, Tatiana Carballo, Fidel Cruz and Russela Rivero, the four Cuban health workers who denounced the working conditions they experienced as members of the program.

PAHO raised more than 75 million dollars through the Mais Médicos program and some 1,300 million dollars were deposited in the coffers of the Cuban State using bank accounts in the United States

The United Nations health organization tried to stop the lawsuit using the immunity granted by US law, but the courts ended up determining that the organization’s financial activity as an intermediary was susceptible to investigation in the country, since bank accounts were used in the US to transfer the amounts. The court considers that the movements of money were necessary for the alleged human trafficking and may be the cause of the opening of the judicial process, so the lawsuit continues.

PAHO collected more than 75 million dollars through the Mais Médicos program and some 1.3 billion dollars were deposited in the coffers of the Cuban State using bank accounts in the United States, according to the documentation of the lawsuit. 85% of the amount provided for salaries went to the Cuban government, 10% to doctors, and 5% was retained by PAHO through its mediation.

“There is an international organization (PAHO), affiliated with the United Nations, that became the main force to allow Cuba to export its citizens to do slave labor in a foreign country,” the doctors’ lawyer alleges.

Franco-Mexican doctor Nadine Gasman was proposed by the Government of

There were 484 new coronavirus infections in the country

Photo: Ramiro Gomez Others 6 people died and 484 were

Overcrowding drowns motherhood; in a room for 6 can fit up to 18 neonates

Three newborns sharing a cradle, other cots with two and

Abinader wants to change the contract with Pfizer

The President of the Republic, Louis Abinadersubmitted to the National

There were 484 new coronavirus infections in the country