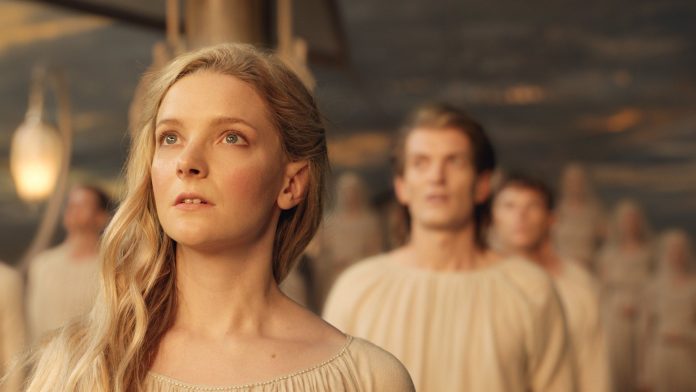 Amazon Prime Video hits the gas with The Lord of the Rings: The Rings of Power. The ambitious series based on the work of JRR Tolkien advances its premiere date, which will be launched at dawn from September 1 to 2. In addition, this debut will come with the launch of a double episode with which the platform puts all the meat on the grill, in addition to showing what the calendar will be for the first season.

Considered one of the most anticipated series of the season, The Rings of Power explores the Second Age of Middle-earth, delving into the rise of Sauron and various other significant events that will unfold around the creation of the 19 rings and the one who will rule them all.

Since the project was announced, back in 2017, Prime Video has been dosing the information about the plot and how this period prior to both the trilogy of The Hobbit like that of The Lord of the rings. The video-on-demand service bet heavily on this production, with a budget of approximately 1,000 million dollars and a commitment to produce 5 seasons.

One episode per week after its premiere

The premiere of the double episode will only be with the debut of the fiction, since the other chapters will have a weekly release each, ending their broadcast on October 14. This first episode, directed by John Anthony Bayonnewill be launched at 9:00 p.m. on September 1, according to New York time, which translates to three in the morning for the Spanish public.

After the premiere of the double episode, the rest of the episodes will be seen weekly on Sundays starting at 06:00 am, Spanish time. Prime Video thus hopes to turn ‘The Rings of Power’ into one of its pillars that retains subscribers, following in the footsteps of ‘The Boys’.

The Lord of the Rings: The Rings of Power advances its release date

Amazon Prime Video hits the gas with The Lord of

The ANSES (National Social Security Administration) made official, this Thursday,

The MDB candidate for the Presidency of the Republic, Simone

Dollar closed above $4,400, after two days of strong rises

The dollar in the Colombian market experienced another day of

Venezuela remains the least happy country in South America in 2022

Finland is the happiest country in the world according to the World Happiness Report, followed by

A multiple collision was recorded on Soublette Avenue in La Guaira, at the height of the

62 new defenders will guarantee the due judicial process

Roland Carreño’s hearing is scheduled for this Thursday, August 18

Photo: @RolandCarreño The oral and public trial hearing of the Venezuelan journalist and activist of the