They threw a tantrum. The six Popular Action congressmen known as ‘The Children’ expressed yesterday in a virtual audience their rejection of the impediment to leave the country for nine months that the Nation’s prosecutor requested against them, Paul Sanchez. None accepted having negotiated with the government for public works and being part of the criminal organization headed by President Pedro Castillo, as revealed by the effective collaborator Karelim López. They all claimed innocence.

Of the six, only Congressman Rafael Doroteo acquiesced to the request supported by the prosecutor Samuel Rojas, in charge of the Illicit Enrichment Area of ​​the National Prosecutor’s Office. Although that did not prevent him from questioning the line of investigation. His benchmates –Elvis Vergara, Juan Mori, Jorge Flores, Darwin Espinoza and Ilich López– asked that the measure be declared unfounded.

José Torrejón, Doroteo’s lawyer, argued that the parliamentarian went to the Government Palace as part of his political activities and not to coordinate the distribution of jobs and public works from the Ministry of Transport and Communications, and the Ministry of Housing.

LOOK: Parents of the presidential couple collected the Yanapay bonus, according to the MIDIS website

“Due to the political situation, President Castillo invited different parties to reconcile conflicts and confrontations, they were not isolated or capricious visits,” Torrejón said before the supreme judge of preliminary investigation Juan Carlos Checkley.

But the legal strategy of all the legislators was to discredit Karelim López’s declaration.

“What she narrates is not what she has witnessed, it is what she has been told, she does not have an effective collaborator sentence, the prosecutor does not have facts that contrast López’s version,” alleged Manuel Monzón, Elvis Vergara’s lawyer.

Meanwhile, Eduardo Guerrero, legal defense of Jorge Flores, insisted that the Prosecutor’s Office had not transferred “all the information” provided by López to the open investigation folder against his sponsor.

He also said that the businesswoman has not specifically mentioned what her client did and that for that reason it is not clear “what is the full accusation.”

For his part, Moisés Yanqui, Juan Mori’s lawyer, pointed out that the Public Ministry “has not shown sufficient and suitable evidence to justify the investigation” and stated that the testimony of the effective collaborator has not been corroborated.

Karelim López is the main source of information for anti-corruption prosecutor Karla Zecenarro and money laundering prosecutor Luz Taquire. Both submitted their respective reports to Pablo Sánchez, who after evaluating López’s story decided to charge the congressmen with the crime of influence peddling.

The other protagonist of the case is the former Minister of Transport Juan Silva, for whom the Prosecutor’s Office requested 36 months of impediment to leave the country. However, yesterday he was not present at the diligence.

His lawyer, Alfredo Yalan, initially maintained that Castillo’s friend would abide by the prosecutor’s request, but he outlined a new line of defense that he will uphold from now on.

Yalan said that Silva was not aware of the bidding processes that were in charge of the Provías selection committee and assured that the members of that group “colluded” with the OSCE to carry out the award of the Tarata bridge in favor of the Puente Tarata consortium. III.

He even asserted that two members of the committee –Miguel Espinoza and Víctor Valdivia– had “falsified” the signature of the third member, Edgar Vargas Mas, in the minutes that were issued during the bidding process.

Prosecutor Samuel Rojas, in turn, defended the case and the request for impediment. He argued that there are “minimal suspicions” that justify the deployment of proceedings. “The collaboration has given us initial news and that is up to us to investigate,” he said.

Judge Checkley said that he will issue his decision within the legal term.

-In this process, President Pedro Castillo is being investigated, and he is charged with the crimes of criminal organization, collusion and influence peddling.

-Castillo’s defense asked the National Prosecutor to annul the investigation against the president. Lawyer Benji Espinoza said that if the request is rejected, he will file a legal guardianship before the Judiciary. 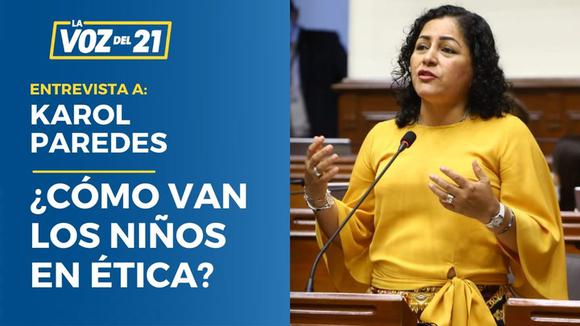 We spoke with the congresswoman and president of the Ethics Commission, Karol Paredes, about the investigation of Los Niños de Acción Popular.

They threw a tantrum. The six Popular Action congressmen known

The mayor of Montevideo, Carolina Cosse, expressed through her networks

Major League Baseball (MLB) will not recognize the perfect game

Fight against corruption with political interest

Las Bambas: communities accept dialogue, but do not want the mining company to operate at 100%

In a recent document sent to the Presidency of the Council of Ministers (PCM), by the

To stay alert. Although it was ruled out presence of a housing bubble in the country,