In June 1969, the United States Army Corps of Engineers dried up Niagara Falls. They decided to remove the rocks that the current dropped at the foot of the water curtain because they made it smaller. To do this, they diverted the Saint Lawrence River with an unlikely dam. That was not a small thing, because all the water that supplies the Great Lakes falls through there. The history around the falls is captivating. Although not as much as the thunderous fall that stunned writers, painters, naturalists and all those who have been able to observe them.

Among the most relevant are Charles Dickens and the historian Alexis de Tocqueville, both from the 19th century. And of course, one of our three national poets, José María Heredia, whose homonymous poem is there engraved on a plaque, on the Canadian side.

Appreciating the dry riverbed shows us an intimacy to which we are not supposed to be invited. Neither in the last centuries, nor in the next. The antediluvian beasts grazed on its bed and other unimaginable ones will probably do it again when the human species has gone adrift, dragged by the mud of the tiktokers and the Bad Bunny’s shift. Whoever was lucky enough to work on the removal of the stones surely found glasses, rings, watches, coins and even a bicycle that their visitors dropped.

The place was overwhelming by absence. If anything should have been missed, it was the deafening noise of falling water as a memorable synonym of life. Silence is the silence of death.

The streets of my city are also today infected with that silence. Posters with texts without content. Phrases incapable of initiating a dialogue, of provoking empathy. From everywhere we are showered with hollow slogans that are already perceived as the display of the skeleton of an exhausted propaganda system. As if his connection with material existence was given up for lost and appealed only to blind faith, to the denial of all evidence. The icy breath of dogma blurs the vision of tomorrow.

A great friend tells me that, however, the bars are still open in Havana. And I see almost everyone on social media enjoying their mojitos. Others tell me that everything is lost, that they barely have the basics. This asymmetry is not something we were supposed to count on when we were told how splendid the future would be if we worked hard and refused luxuries and comforts.

At some point they diverted the waters to remove the stones that the first half of the 20th century accumulated on the margins of the national reality. They built a botched dam that silenced the nights of La Rampa. A solemn silence settled everywhere. The rivers began to stop and shortly after we began to see the blumers in the city, the peeling brick, the rebar, the main beams of its buildings: the bones. On the peeling walls they painted signs and proclamations about an exalted existence that no one could perceive. As sad as looking into the exhausted Niagara of the summer of 1969. Nobody here knows how to put the river back on track. 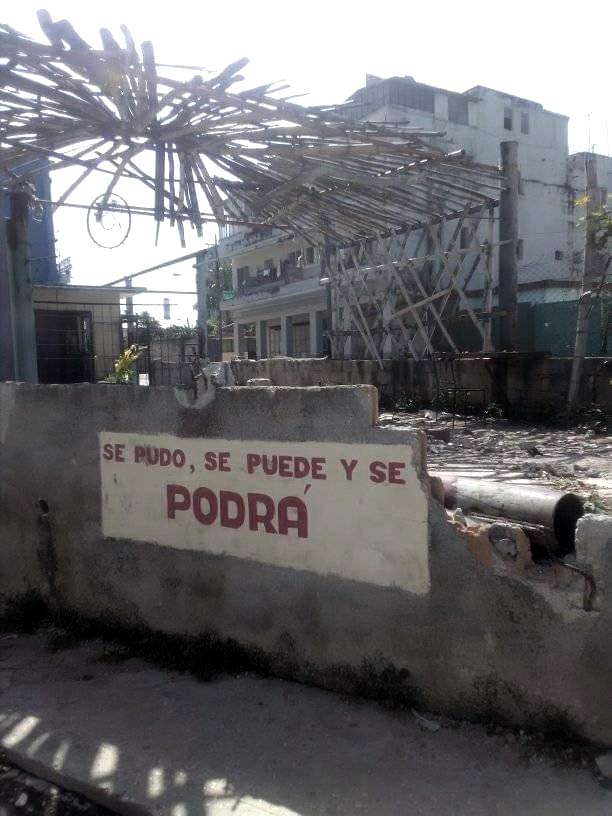 Heredia contemplated the falls in a good moment: What human voice could describe / Of the roaring sirte / The terrifying face?

But the violent majesty of the current also aroused his anger at the life he saw on the other side undone:

Almighty God! in other climates
I saw execrable monsters,
Blaspheming your sacrosanct name,
Sow error and impious fanaticism,
The fields flood in blood and tears,
Of brothers to stir up the infanta war,
And frantically desolate the land.

Temper my lyre, give it to me

In June 1969, the United States Army Corps of Engineers

The organization indicates that the amounts requested by extortionists in

Reduction of G. 1,000 requested by truckers is impossible, they warn

The Vice Minister of Commerce, Pedro Mancuello, presented the proposals

Alva on the kidnapping of journalists: “It’s a shame! We are going to dictatorship”

The head of Congress, Maria del Carmen Alvawarned that the

Warning about the possibility of a strong earthquake in Cuba

We walked through the San Telmo area, which has always reminded me of certain parts of

Madrid Spain.- The Cuban government inaugurated this Wednesday a new runway at the Vilo Acuña international

USA: “When will the regime finally respect human rights?”

Madrid Spain.- A few days after the first anniversary of the historic anti-government protests that spread