A new drop was recorded today in the list of applicants to the constitutional Court (CT). Less than 24 hours after the resignation of the doctor of Law, Carmela de Orbegoso, the complaint of the lawyer José Horna Torres was formalized, who also denounced alleged irregularities in the curricular evaluation process of the candidates for the TC.

This process, as is known, is in charge of a special Parliamentary Commission chaired by the legislator of Peru Libre, Jose Maria Balcazar.

Through an official letter addressed to the head of the Special Commission, Horna describes the result of his curricular evaluation as “offensive, dishonorable and unfair.”

In the document, to which he had access Peru21, the jurist points out that his academic training has been complete “beginning as a lawyer at the Universidad Nacional Mayor de San Marcos and culminating with two doctorates, one in Social Sciences with a mention in Sociology, and the other in Law and Political Science.” He also mentions having been decorated and having the documents that accredit his qualifications.

Horna also points out that he has 40 years of professional practice at the Lima Bar Association and that he has carried out a series of investigative tasks in legal matters, among others.

In the opinion of the lawyer, the results of the curricular evaluation do not contain any foundation and “show that with absolute power they have made very serious mistakes that have damaged my honor by giving a graphic result that is not true, not fair and too arbitrary.”

He adds that the rating given to him is “degrading” and that “an epistemological analysis of all the evidence he has provided has not been carried out.” Due to these and other considerations, Horna concludes by submitting his irrevocable resignation to continue in the process of selecting candidates for the Constitutional Court. 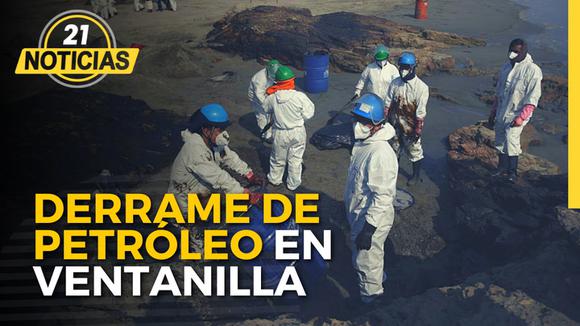 Mayor of Ventanilla asks the Government to declare the district an environmental emergency after oil spill on beaches Also, which ministers have tested positive for COVID-19 in recent weeks? Also, Las Bambas: PCM and communities without agreements. And, international agencies report on oil spill in Peru due to strong waves after eruption in Tonga

To cushion consumer prices, everything that has flour would be without VAT

President Luis Lacalle reported that baked products will have zero

During the afternoon, the DNCP published that the company Bioerix

Who are the main Dominican victims of human trafficking?

The city of Ollantaytambo, in Cusco, received in a ceremony the trophy that recognizes it as

Increase in the minimum wage will cause the bankruptcy of many SMEs, warns the CCL

MEF: Petroperú will reduce the price of gasoline this Monday, after exclusion from the ISC

Luis Pásara: “Huancayo notifies the weariness in the street that explodes against a bad government”

The political and social crisis in Peru gives no one a break. Luis Pasara is a

The Minister of the Interior, Alfonso Chávarry, reported that as a result of the protests by