According to data available on the website of the Ministry of Finance, the National Congress presents a gradual increase in terms of what is allocated to salaries.

From 2013 to 2021, the increase was sustained. And with what was already paid in January and February, everything points to the fact that in 2022, the amount of resources allocated to the payment of salaries will continue to increase.

TICKETS AND PERMISSIONS
Another striking fact that appears in the Treasury portal is the decrease, in return for travel expenses and passages. Due to the pandemic, air travel was limited for this reason, travel expenses and tickets were zero in 2021.

NUMBER OF OFFICIALS
According to current data, the Senate has a total of 941 officials. Of which, permanent officials are 731 and contracted 210. This according to data provided by its director of Human Resources, Norma Cardozo.

For its part, the Chamber of Deputies currently has some 1,386 contracted officials. Among them, some 212 officials have managerial positions for which they receive, in addition to their salary, a bonus for representation expenses. These data were provided by Víctor Attis, general director of Human Resources of the Lower House.

The National Congress has the peculiarity that there is strong activity from Monday to Thursday, when committee meetings are held and on Wednesdays in Deputies ordinary sessions are held and on Thursdays Senators do the same.
Fridays are practically a “relaxed” day in both chambers, unless they have a bench meeting or have a public hearing. Not to mention that the parliamentary recess runs from December to March. 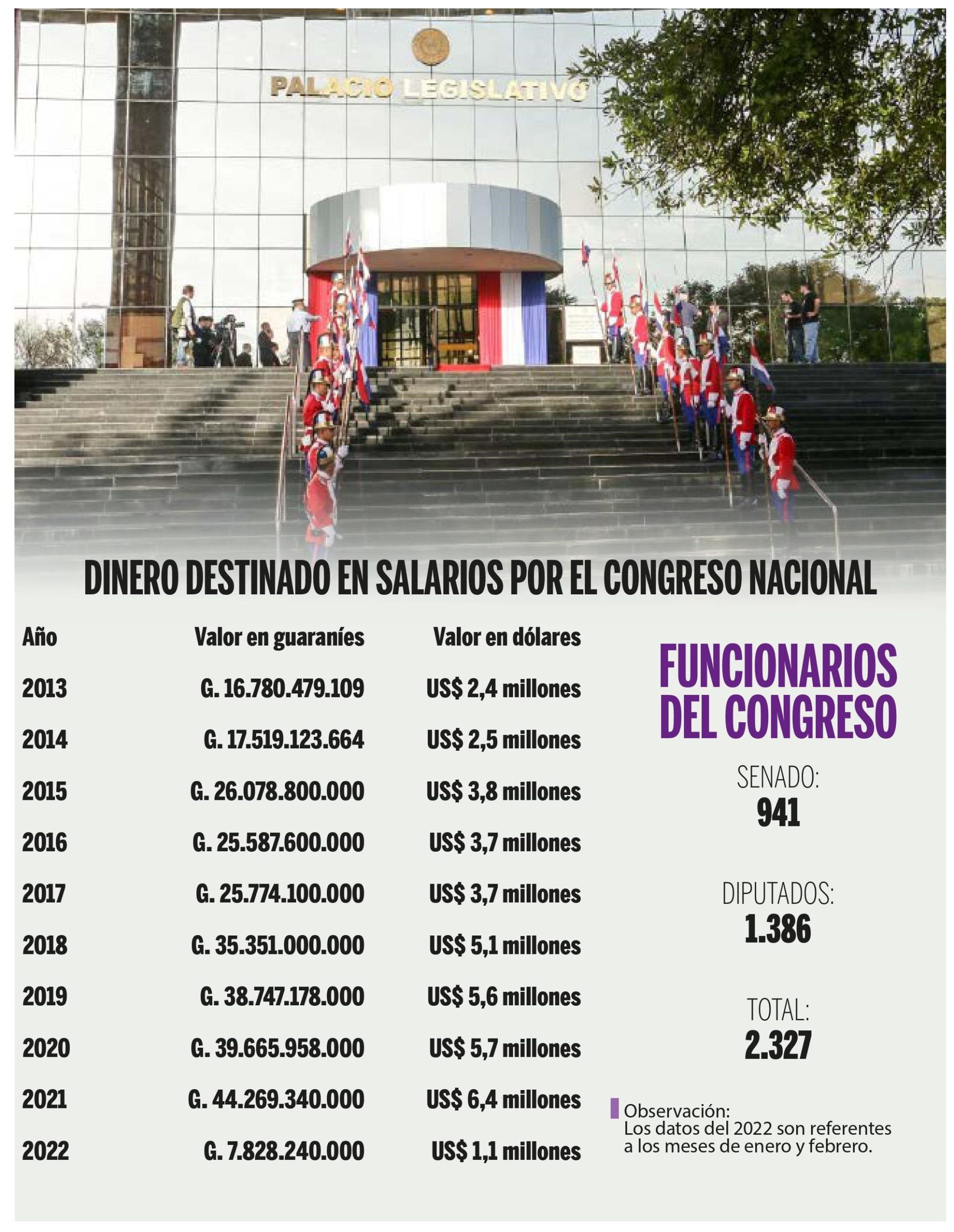 Some US$ 500,000 per month are allocated to salaries in the National Congress

According to data available on the website of the Ministry

Every April 8 has been especially sad for the Conrado

The Ukrainian army said Monday that it is preparing for

The Ministry of Information and Communication Technologies (Mitic), and the Hospital del Trauma, launched the campaign

No schedule release at the Bus Terminal

Unlike other festive dates and long holidays, this time the Dinatran chose not to release

Truckers arrive in Asunción and threaten: “Whoever wants to travel will not be able to”

Truckers will close routes again if the loan is approved. Photo: LN In the event that

In the course of the morning, the DNCP published that the company Marcio Ruben Feris Aguilera

Libertad goes back to Sol and holds the lead