Former Interior Minister Avelino Guillén revealed that in November 2021, he received a proposal for a supreme decree from the Government Palace, where he planned to declare a state of emergency and a one-day curfew, just as he did last Tuesday. 5th of April the President of the Republic, Pedro Castillo.

The former official explained that the approach at that time had been made in front of a demonstration in favor of the presidential vacancy that was going to take place on Saturday, November 27.

“I receive a visit in my office from an official from the Government Palace, who He told me about the possibility of a state of emergency being decreed on Saturday, November 27, due to the demonstration that was being summoned in the city of Lima”, Guillén said in dialogue with Cuarto Poder.

“As head of the sector I had to promote and I I firmly and categorically expressed my rejection that from the Government Palace wanted to impose”, he added.

In that sense, Guillen He indicated that they had assured him that, according to police reports, there was supposedly a displacement in vehicles of people who were going to demonstrate in favor of the dismissal of Castillo Terrones. However, the former head of the Ministry assured that such reports did not exist.

For this reason, he explained that on November 26, one day before the march, he went to the Government Palace to meet with the president to give him his point of view regarding the measure that the Executive wanted to announce.

“On Friday the 26th, I spoke with the president and gave him a brief position for which I considered that that request to declare a state of emergency for one day, for a demonstration could not prosper and was unconstitutional (…) The president agreed and told me: ‘I’m not going to be in Lima, I’m going to the interior of the country’“, Held Avelino Guillen. 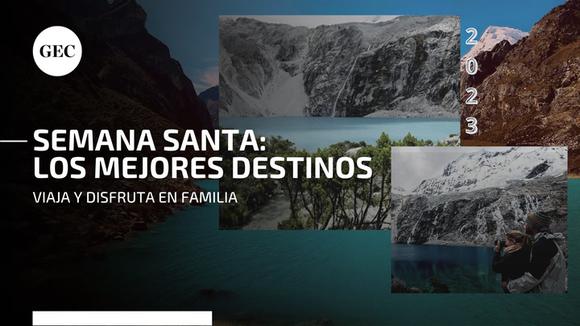 We present the best options for you to take advantage of the holidays of this festivity and spend time with the family discovering new destinations.

Every April 8 has been especially sad for the Conrado

The Ukrainian army said Monday that it is preparing for

The identity document and personal photos of Edgardo Esteban were

What did former Palacio secretary Bruno Pacheco say from hiding?

From very early on, hundreds of Huancavelicans went out to Av. Manchego Muñoz to make carpets

Osiptel confirms fine for more than S/ 2 million to Movistar

Bruno Pacheco denies becoming an effective collaborator: “I not only receive threats but also offers”

The former Secretary General of the Government Palace, Bruno Pacheco, He spoke from hiding and assured

Guido Bellido after being accused of receiving intimate photos: “they are to discredit my political image”

The congressman from Peru Libre and former president of the Council of Ministers, Guido Bellidodenied through