In a new season of Narcoguay, we will meet who would be the head of a transnational criminal organization. This is the Uruguayan narco, Sebastián Marset, who settled in Paraguay along with 9 Uruguayans to set up a cocaine distribution and laundering center and today is a fugitive. 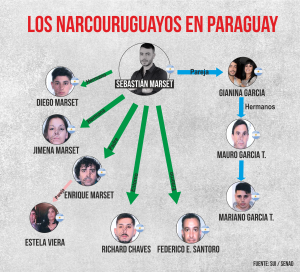 Marset’s link with criminal organizations began in 2012 in Uruguay, when he was prosecuted along with Paraguayan drug pilot Juan Domingo Cartes, uncle of Horacio Cartes. At that time Marset and Juan Domingo were arrested for a shipment of 450 kilos of marijuana. Marset served his sentence and regained his freedom in 2018, he left his native country and began to frequent countries in the region such as Paraguay and Bolivia, generating links with organizations that are dedicated to drug trafficking.

The narco-Uruguayan registered entry into immigration with a real document for the first time in the country on 04/08/2018 with destination and origin Uruguay and Bolivia until August 2019. Then he continued to enter the country with a false Bolivian document with the name of Gabriel Souza Beumer . Since the beginning of the year 2020 Marset settled in Paraguay with his wife, also Uruguayan Giannina García Troche and her two children. Thus, the Uruguayan narco continued to strengthen his criminal organization dedicated to providing logistics for drug distribution and money laundering. 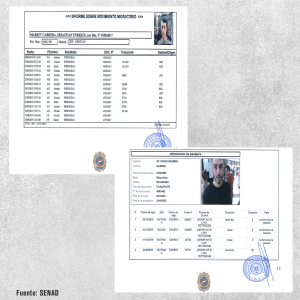 The initial cycle of trafficking begins with the production of cocaine in Bolivia, then the transfer of the products to clandestine tracks in the Paraguayan Chaco, later the collection stage begins and culminates in the export to Europe through international trade. 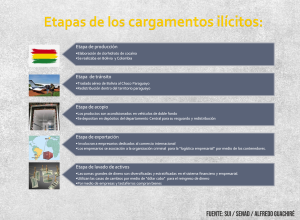 Paraguayan and European authorities seized 21,011 kilos of cocaine belonging to the criminal group linked to Marset. These seizures represented a loss of approx. USD 876,800,000, taking the average price per kilo of cocaine in Europe, which is USD 41,731. According to a report from the Senad Sensitive Investigation Unit, Marset was associated in Paraguay with the Clan Insfrán, led by Miguel Insfrán alias uncle rico, who would be the provider of logistics for the collection, preparation of illicit product as well as laundering. .

The intelligence investigations and wiretapping of the criminal group by SENAD began in November 2019, with judicial and prosecutorial authorization, but between January and March 2021 the investigation suffered a significant leak and the criminals led by Marset were alerted.

In May 2021, the Tripartite Command – Paraguayan Delegation forwarded a confidential report on Marset and his link to drug trafficking to prosecutor Lorenzo Lezcano, from the unit against organized crime, but this report was ignored and Marsetz then fled, leaving from Paraguay and travels to the United Arab Emirates, but was arrested on September 10, 2021 at the Dubai airport for the punishable act of carrying a false passport, but the Uruguayan consulate ended up giving him another passport and Marset was released.

On November 13, a conversation between collaborators close to Marset was intercepted; Queen Mercedes Duarte and Lionel Bareiro who implied that the person responsible for the fall of Marset in Dubai “is no longer there” and that they sent him to the afterlife, referring to Mauricio Schwartzman, murdered in Asunción in September 2021. Queen Mercedes Duarte Aguilera, She is a key and totally trusted person within the criminal organization of Marset, she has a degree in business administration and was the adviser, secretary and manager of the companies in charge of money laundering. 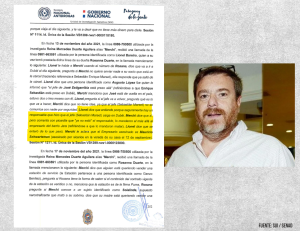 Recently, the new president of Colombia, Gustavo Petro, had also published information that points to the Uruguayan Sebastián Marset as the intellectual author of the murder of prosecutor Marcelo Pecci on the island of Barú in Colombia.

Marset was also associated in Paraguay with the narco-pastor José Insfrán, through the company called Mastian Productions, which appears in the name of Insfrán. This company organized events and parties throughout Latin America, in which Marset took the opportunity to simulate and move money.

Another important ally of Marset was his figurehead Alberto Koube, who was in charge of laundering the criminal group’s money through his companies such as Grupo Tapiracuai sa, which later became Total Cars and Estancia 23 de Abril linked to Summum sa linked to Koube.

Another modality of laundering that Marset used was developed in the sports field, through 3 soccer clubs in complicity of leaders and players. His bond began with the Capiata sports team where he came to wear the 10 shirt in exchange for paying USD 10,000. In addition, Marset was the main sponsor through Total Cars to clubs such as Deportivo Capiata, Rubio Ñu and River Plate from Paraguay. In that sense, Marset used clubs to launder money by making international transfers of players to the Trikala Club in Greece. 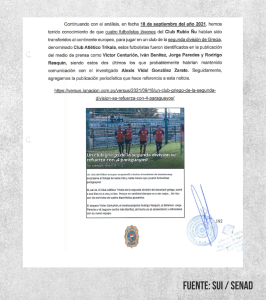 Another key man for the Uruguayan in Paraguay was a prosecutor’s assistant from the prosecutor’s anti-drug unit named José Fernando Estigarribia. This person was a collaborator of Marset and figurehead of the gastronomic company Woko and martial arts company JEC (Force Training Center)

Marset is devoted to Saint George, a situation that caught the attention of the researchers. His company that is in the name of his wife is called San Jorge sa, his stay is named after April 23, Saint George’s day, and the inauguration of Total Cars was also held on that date.

As a summary of Sebastián Marset’s scheme, the SENAD Sensitive Investigation Unit prepared an explanatory chart detailing all the people involved in the criminal organization headed by the Uruguayan. 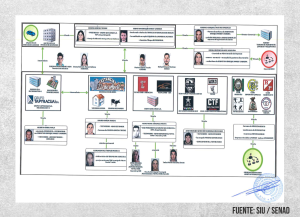 This is not fiction, it is happening now. Drug traffickers and dirty money have penetrated Paraguayan society and several politicians and authorities are involved.

Sebastián Marset, the history of the Charrúa narco in Guaraní lands

In a new season of Narcoguay, we will meet who

In “La Perla de los Andes”, only the match between

Santo Domingo – Defendants in the case Cattleya they ensured

Flights between Venezuela and the US will return soon: Nicolás Maduro

Venezuelan President Nicolas MaduroHe assured that very soon they will

Arsenal wins again and is leader of the Premier League

Far from the disastrous start to the season last year, the young Arsenal team coached by

Some 200,000 pediatric vaccines against pneumococcus arrive in the country

The Psychology Department of the Hospital de Clínicas, during the past month, carried out 322 consultations

25% of the Serra da Estrela Natural Park, the largest protected area in Portugal, was affected

Patria Querida presents new candidates for the Chamber of Deputies

The Patria Querida (PQ) party announced the presentation of new candidates for the Chamber of Deputies.