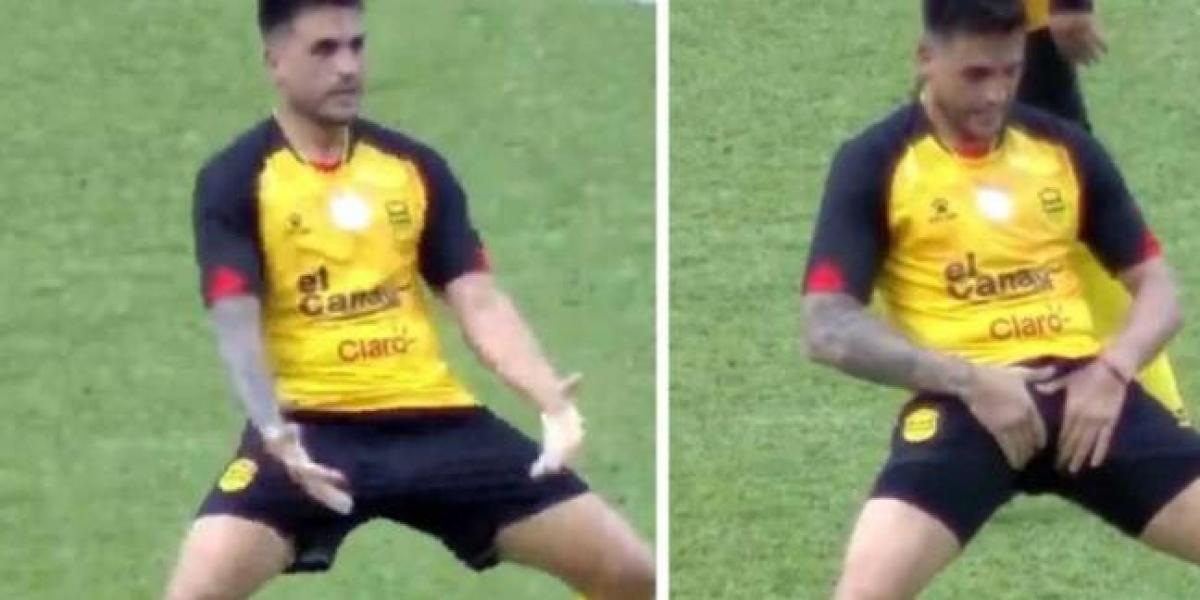 The Football Disciplinary Commission of the first division of Honduras sanctioned this Thursday with 20,000 lempiras (about 816 dollars) to the Argentine striker Ramiro Rocca for celebrating a goal by showing his genitals to the fans who attended the final between his team, Royal SpainY Motagua.

Rocca, in a moment of great euphoria, thus celebrated the second goal for his team in the final match of the Honduran Clausura tournament, which ended 2-0, but the cup went to Motagua, who had beaten their opponent in the first leg 3-0.

Perhaps the Argentine did not imagine that the referee of the match, whom he was almost in front of, would record his obscene gesture towards the stands of Real España fans in the game minutes. The sanction establishes that Rocca has eight days to pay the fine. Rocca was also sanctioned with a six-game suspension, according to the League Disciplinary Commission.

In addition, the body sanctioned Real España with a fine of 30,000 lempiras (1,224 dollars) and prohibited it from playing six consecutive games in San Pedro Sula, where it is based, due to the invasion of the pitch, with violent incidents, by dozens of its fans. after finishing the game against Motagua.

Violence against a referee and a police officer

Among other violent acts, one of the alleged fans of the club, identified as Wilson Pérez, 21, kicked one of the referees in the back, and in the stands he did the same, also in the back, against a non-commissioned officer of the National Police, who rolled several meters, according to videos broadcast in local media.

The National Police offered a reward to anyone who provided information leading to the location of Pérez, who on May 31, according to the Security Secretariat, died in a shootout between law enforcement and gang members in a marginal neighborhood of San Pedro Sula.

The official version has been rejected by several sectors that accuse the National Police of having murdered Pérez, who according to the president of the Committee for the Defense of Human Rights in Honduras (Codeh), Hugo Maldonado, had expressed his willingness to surrender to the authorities, because of the persecution against him.

Sanctioned for celebrating a goal by touching his genitals

The Football Disciplinary Commission of the first division of Honduras

Valeria Mazza and her husband Alejandro Gravier, in statements (Photo:

Industry grew by 0.1% in April, according to the Monthly

They analyze the role of the AFPs in takeover bids

Newell’s tie without Messi in the box

Without the expected presence of Leo Messi at the Coloso Marcelo Bielsa stadium in Rosario, the

Newell’s draws with San Lorenzo without Messi in the stands

Palmeiras thrashes Botafogo and assumes the leadership of the Brasileirao