Members of the peasant patrols caused damage to the headquarters of the Provincial Municipality of Tocache, in the San Martín region, as part of the protests on the sixth consecutive day of the strike attacked by representatives of different local groups.

The incident occurred on the afternoon of Tuesday, April 26, and included clashes with police officers guarding the doors of the municipal entity. The facilities were stoned and the situation worsened after the main door of the premises was broken.

A group of residents managed to enter the commune and caused damage to the interior. This violent action was recorded in various photographs. The National Police had to use tear gas to disperse the protesters.

The strike was caused by the stoppage of a drinking water project that is financed by the Ministry of Housing for an amount of 148 million soles, and that is executed by the Provincial Municipality of Tocache, reported RPP.

An immediate dialogue table with the State is required with the presence of representatives of the Ministry of Housing, the Comptroller General of the Republic, Emapa San Martín and the mayor of Tocache, Sister Valera Ramírez. 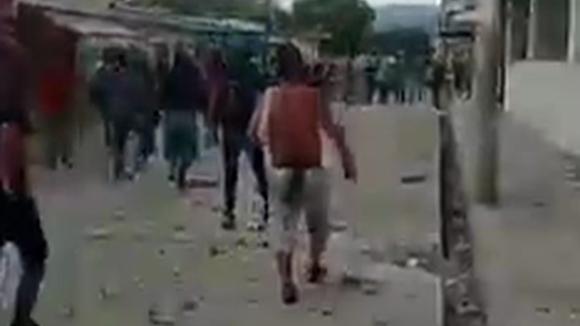 Clashes between citizens and police were recorded in Tocache. (Video: Facebook|Digital Network)

Sister Valera held the leaders and communicators responsible for the acts of vandalism that occurred in the municipal premises. In statements to RPP, she regretted the events.

“Right now, the municipality has been severely damaged and affected by bad leaders who did not know how to control this population that needed information at the time. Added to this is a group of communicators from the city of tocache who have incited the population with inaccurate information, so I also call on the Prosecutor’s Office to investigate these communicators “he claimed.

The blockade of the southern section of the Fernando Belaunde Terry highway, at the height of the bridge over the Huallaga River, has also been reported since Monday. As a result of this, the San Martín region was cut off from Ucayali, Pasco and Lima. 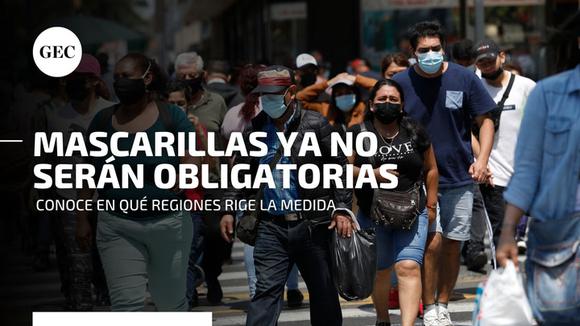 Santo Domingo.-The Fire Department of the National District confirmed the

The Uruguayan Institute of Meteorology (Inumet) The weather warnings ceased

Elon Musk, what will he do with Twitter after his multimillion-dollar purchase?

He achieved his purpose. Elon Musk He took control of Twitter, after agreeing to buy it

Updated on 04/26/2022 08:57 pm The constitutional lawyer Diego Pomareda denounced that the Government of peter

Arequipa has 33% wage inequality between men and women

To avoid a new strike that harms passengers, such as the one that occurred in the