The Minister of Foreign Trade and Tourism, Robert Sanchezcalled for dialogue among the merchants of Gamarra who are protesting against the government’s decision to declare the textile sector an emergency and other actions they are taking for its economic reactivation.

After holding a meeting with representatives of the commercial emporium in La Victoria, the minister and congressman addressed a sector of local workers who oppose the Executive and the measures they are implementing, such as the granting of credits.

“The microentrepreneur needs access to credit. Now, 800 million is nothing? To say that the emergency declaration does not work? Democratically and respectfully, we do not share that criticism.stated in statements to the press when asked about the protests against his presence.

LOOK: “The destiny of Melek”: Turkish telenovela arrives in Latina in June after the end of “Madre”

“There may be criticism, we accept it accordingly. Let’s sit down at a table to dialogue and find more effective measures to be able to reactivate the entire sector “he added.

Roberto Sánchez assured that the Executive is willing to listen to all the textile unions and not only those that support the measures that are being applied.

“The Government has been promoting and it is imminent, from the Ministry of Production, the purchase program because the executing nuclei, their purchases for the sector are very important. The creation of the first technological innovation center here in Gamarra is also imminent, a CITE Textile Confections that is being worked on with the Municipality of La Victoria”stressed the minister.

Emergency in the textile sector

On May 19, the central government declared the textile and clothing sector in an emergency for 60 calendar days at the national level, during which time an Emergency Plan for the Reactivation of the Textile and Clothing Sector will be executed.

According to the supreme decree n. 004-2022-PRODUCE, the State will prioritize access to financing, promote the strengthening of capacities, competitiveness and productivity, in addition to providing facilities for small businesses to access public purchases. 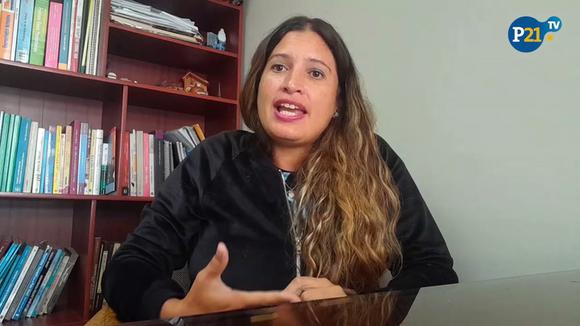 Santo Domingo.- The Ministry of Public Health issued this Saturday

The initiative arises from the signing of an agreement signed

Rafael Quiroz: This is the time to turn the Venezuelan oil industry around

Rafael Quiroz said that the lack of Russian crude that

Gallon of gasoline of 90 exceeds S / 21 in 7 districts: know where the best prices are

The Special Criminal Chamber of the Supreme Court scheduled for Wednesday, May 25, at 9:00 am,

The general director of Strategic Interventions of the Ministry of Health (Minsa), Alexis Holguín, ruled out

Tax on online games and bets: Everything you need to know about this initiative

This week the head of the Ministry of Foreign Trade and Tourism (mincetur), Roberto Sánchez, reported

Last Sunday, a Panorama report revealed that the former president Martin Vizcarra He would have breached