The virtual mayor of Lima, Rafael Lopez Aliagaleft open the possibility of meeting with some ministers of State, among them, the head of the Ministry of Economy and Finance (MEF), Kurt Burneo.

In statements to journalists, the Popular Renovation candidate reiterated that will not meet with President Pedro Castillo and was in favor of Congress not authorizing his trip to Europe.

“Perhaps some minister, the Minister of Economy could be, I know him, who is Mr. Burneo. The Executive rotates very quickly, the ministers last 15 days. At least with Mr. Castillo I have no chance”expressed

“Every time he leaves Peru, (Pedro Castillo) complicates us more. I think it is a good decision, it is better that he stays here and responds to all the fiscal accusations that he has from the National Prosecutor’s Office “he added.

In this sense, López Aliaga assured that he is coordinating directly with representatives of the Judiciary, the Congress of the Republic and other institutions.

On the other, the virtual mayor of the capital referred to the statements of his contender from Podemos Peru, Daniel Urrestiwho said that he will not support his management in the 2023-2026 period.

“If you don’t answer a WhatsApp of mine, you have left me in seen, well, there you see the mood. Another very serious issue is that of (José) Luna son”he underlined. 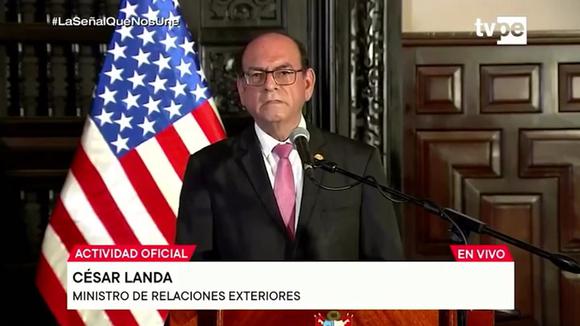 So much doubt, makes you doubt