This morning, a large group of suppliers from various regions of the country came to the exterior of the Ministry of Development and Social Inclusion (Midis), in San Isidro, to protest and express their rejection of the termination of some contracts signed this year with the Program. National Qali Warma School Feeding. The sector spoke about it and guaranteed the food service for the school year.

Fredy Hinojosa, executive director of Qali Warmahensured the provision of food service for more than four million schoolchildren in the country during the 2022 school year.

“The feeding of our students is totally guaranteed from the first day of classes. The program already has the contracts respectively signed with different providers at the national level, strictly complying with the regulations”he referred in dialogue with Canal N.

He explained that the protest is about eight supplier companies that presented “false documents” in the contract process that began in October last year.

Companies whose contracts have been terminated they will not be able to participate in the successive purchase processes of the program. Likewise, he realized that these cases have already been transferred to the offices of the Ministers of Production and the Midis.

“The underlying issue is that these businessmen in 2021, among all the documents that accompany the food, have attached false documents. They have been notified by Inacal because the alleged issuing laboratory of these documents has indicated that they are false documents. This entails the dissolution of the contract and the impediment to contract with Qali Warmah”He said.

“From no point of view with these suppliers does it put at risk the feeding of more than 4 million boys and girls throughout the country. What we warn is that we will continue with this document verification process, and if there is an irregular situation, we will act with the same legal rigor since we will not tolerate the presentation of false documents”he added.

Hinojosa Angulo considered that this protest responds to an “economic interest” on the part of these eight companies involved in the termination of contracts. “That is the underlying issue, do not try to confuse public opinion”, he stated. the official

The demonstrators pointed out that this decision would affect the delivery of nutritious and quality food for the attention of students of public educational institutions during the 2022 school year, which is scheduled to return to face-to-face classes.

“The program is making absurd decisions considering that classes are about to start in person. The Ministry of Education encourages children to go to school, but Qali Warmah they break the contracts that make those children have food. Children who have many needs”noted the representative of the protesters.

He told Canal N that the affected are at least 40 companies from various regionsamong which are: Áncash, Arequipa, Puno, Moquegua, Huánuco, Apurímac, Junín Cajamarca, Lambayeque, Amazonas, among others.

“The strangest thing about the matter is that they are due to events that occurred in 2021 and that they themselves have supervised that everything was normal. There was a supervision problem because they did not supervise that an entity called Inacal, which is also from the State, does not do its job properly. If there is a problem between two State entities, it is resolved in the same State, but they cannot blame a private party and tell them ‘you have to be financially responsible for that’. He said. 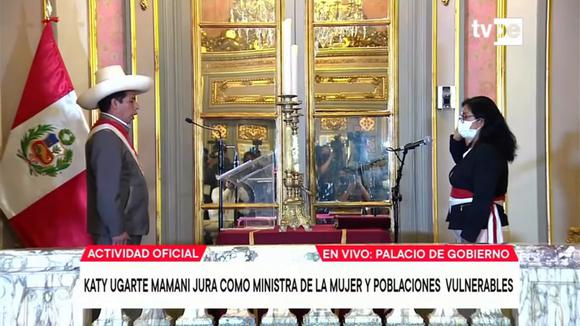 2-0: Solid victory for Bragantino over Nacional

The Bragantine Brazilian, with a goal from the Ecuadorian winger

The Nicaraguan digital media divergent was awarded this Wednesday, April

New health measures at the borders to enter the country.