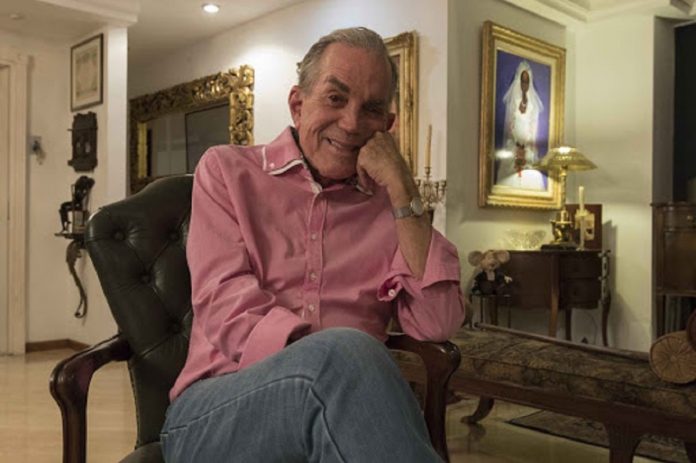 “Prosecutor’s Office 16 of the AMC Public Ministry investigates Tania Gianmarco Ianni for alleged mistreatment, illegitimate deprivation of liberty and increase in the medical dose: to the detriment of citizen Gilberto Correa,” details the attorney general in Twitter.

#Attorney 16 of the AMC Public Ministry #investigate to Tania Gianmarco Ianni for alleged #abuse, #Deprivation Illegitimate freedom and increase in the medical dose: to the detriment of citizen Gilberto Correa.

Rumors arose last week claiming that a television host had been treated for possible poisoning; However, Raquel Lares, his ex-wife, denied the comments and assured that he was fine.

The announcer shared some screenshots on her Instagram account. The images correspond to a video call that she had with the remembered presenter of the program Super Sensational Saturday.

Although Correa’s lawyers, consulted by the magazine Round, They indicated that they were not authorized to issue any type of statement in this regard, they assured that he was in good health.

«I am a lawyer for Gilberto Correa. We are not going to give any statement on a tabloid topic like the one they invented, that is, we are not authorized by him to do that », he said.

He also added: “Any rumor, comment and story that does not come from Gilberto or from any of us, is nothing more than speculation and an invention.”

This week in the media it was assured that Correa had gone to the headquarters of the National Service of Medicine and Forensic Sciences, in Bello Monte, to undergo some tests and rule out possible poisoning.

Cool morning and chance of some afternoon showers in the AMBA

Photo Carlos Brigo. This Monday is presented in the Metropolitan

Anyone who wants to vote in the 2022 elections has

The challenges of the recovery of employment in the country

Cool morning and chance of some afternoon showers in the AMBA

The hearing of Carreño, who is being held at the Sebin headquarters in El Helicoide, should

Vehicles and equipment delivered to Firefighters of Caracas

The head of the Government of Caracas, Nahum Fernández, delivered equipment and vehicles to the Caracas

The Venezuelan Prison Observatory (OVP) denounced that this Sunday, May 1, a a riot in the

Inameh forecasts cloudiness for this Saturday in much of the country

The National Institute of Meteorology and Hydrology (Inameh), forecasts for this Saturday, cloudiness in much of