Yesterday, the Specialized Prosecutor’s Office against Organized Crime and the National Police carried out a mega operation and raided eight homes in Abancay and Cusco for the case. Los Chavelos, which involves the lawyers and brothers Jorge Martín, Frank Aníbal Chávez Sotelo and other members of the Judiciary of Abancay.

They are charged with the crimes of criminal organization, extortion, corruption and passive bribery after it was discovered that, in 2018, the Chávez Sotelos legally advised the community members of Fuerabamba, in Apurímac, and incited them to exercise violence, create conflicts and blame to the police for it.

In addition, they demanded money from the Las Bambas mining company, for which they extorted, refused to accept the economic terms of the company and blocked the work that it had been carrying out, despite having established agreements in 2010.

LOOK: They reveal meetings between senior officials of the Housing sector and President Castillo’s circle

On the other hand, according to the prosecutor’s thesis, members of the Judicial Branch of Abancay, such as secretaries and legal specialists, interceded for the Chávez Sotelos so that the judges declared the legal resources that they presented as a defense of the Apurimeña community of Huancuire founded.

Despite the fact that the Prosecutor’s Office requested preliminary arrest against those under investigation, the judge of the Fourth Preparatory Investigation Court denied the request, assuring that there was no danger of escape or obstruction, so the accused will remain free. 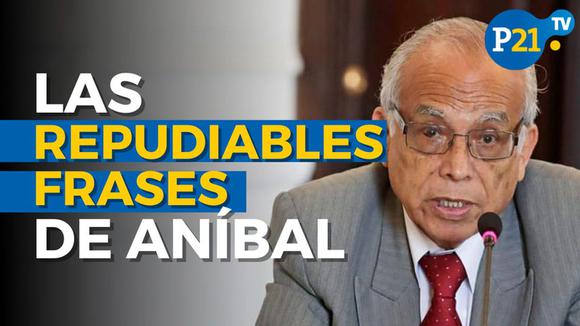 Prosecutor’s Office intervenes the homes of the Chávez Sotelo brothers

Yesterday, the Specialized Prosecutor’s Office against Organized Crime and the

The Italian justice asked Uruguay for the extradition of Pedro

How to prepare your emergency backpack and your reserve box to face an earthquake?

Peru is an earthquake country and we must all be prepared to face a large-scale earthquake.

As part of compliance with anti-corruption policies, Petroperú’s board of directors agreed to contract the North

Urresti leads voting intention for the municipality of Lima, according to Ipsos

Martín Vizcarra: they admit amparo to annul disqualification and that former president holds the position of congressman