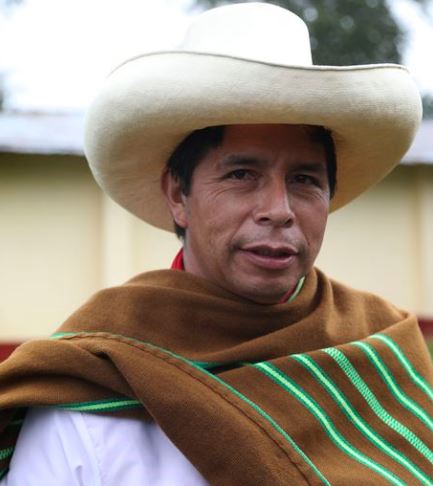 The prosecutor of Peru, Pablo Sánchez, decided to open a preliminary investigation of President Pedro Castillo for the alleged crimes of criminal organization, aggravated influence peddling and aggravated collusion “without prejudice to other” illicit acts that may be detected during the course of the investigations. .

Through its official Twitter account, the Public Ministry explained that Castillo Terrones has been incorporated into the investigation that Sánchez ordered, at the beginning of May, against the former Minister of Transport and Communications Juan Silva and six congressmen from Acción Popular, accused by the businesswoman Karelim López as “The Children”, because they obeyed the president in everything.

The institution also stated that the head of state “will be guaranteed the full exercise of his right to defense, and respect for article 117 of the Political Constitution.”

Article 117 of the Magna Carta establishes that the President of the Republic can only be accused, during his mandate, for “treason against the country; for preventing presidential, parliamentary, regional or municipal elections”, for dissolving Congress outside the constitutional framework, “and for preventing its meeting or operation, or those of the National Elections Board and other electoral system bodies.”

The Office of the Prosecutor of the Nation, in addition, reported that it has been ordered to take “the preliminary statement” of President Castillo, who has already been notified of the disposition..

The National Prosecutor, Pablo Sánchez, ordered to expand the preliminary investigation against the president, Pedro Castillo, for the alleged commission of the crimes of criminal organization, aggravated influence peddling and aggravated collusion, pic.twitter.com/eN5jnCZYAQ

On May 6, the National Prosecutor, Pablo Sánchez, opened a preliminary investigation against congressmen Raúl Doroteo, Elvis Vergara, Juan Carlos Moro, Jorge Luis Flores, Darwin Espinoza and Ilich López, all of them from Acción Popular, for alleged drug trafficking. influences, and against the former Minister of Transport and Communications Juan Silva for alleged collusion.

The prosecution is investigating whether they are part of an alleged criminal network that operated in the Ministry of Transport and Communications, headed by President Pedro Castillo.

The Popular Action congressmen are identified as ‘The Children’, and presumably obeyed orders from President Castillo.

According to the prosecution, the alleged criminal organization had two groups with defined tasks. The first was in charge of attracting and negotiating with businessmen and was made up of the former secretary general of the Presidency Bruno Pacheco, the businessman Zamir Villaverde and two nephews of the president: Fray Vásquez Castillo and Gian Marco Castillo Gómez.

The other group was presumably in charge of carrying out the crime and would be made up of Decentralized Provías officials previously designated by former Minister Silva. They would have been in charge of materializing the favoring of certain companies.

According to the prosecution, the organization had a vertical structure, with members at different levels. The Public Ministry indicates that former Minister Silva Villegas, probably in collusion with some other high-ranking State official, would have been part of the first level of the alleged criminal organization.

Zoraida Ávalos, the former National Prosecutor, opened two investigations against President Castillo, although she suspended them until the end of her term in July 2026. One was for the alleged irregularities in Petro-Perú and Provías Nacional, and the other for promotions in the Armed Forces and National Police.

The prosecutor of Peru, Pablo Sánchez, decided to open a

The National Communications Entity (Enacom) announced a new edition of

Colombia elects president leaning to the left for the first time

​ Hand in hand with a senator and former guerrilla,

The number of deaths due to heavy rains that hit

The elections in Colombia began, according to media from the neighboring country, with complete normality. President

Day 803| Fight against COVID-19: Venezuela registers 48 new cases of contagion and one imported

Congressmen call for Summit of the Americas without exclusions

As usual, every week Netflix updates its catalog of titles available around the world. This week,