It is the tradition of this column to deviate every once in a while from the strictly photojournalistic and embrace, with photos, poetry. It is about a quasi-necessity: detach from the documentary and immerse yourself in the subjective world of metaphors, ellipses and hyperbolas before pressing the shutter. And it’s not because I think poetry lacks images. Quite the contrary. It is because photography needs verses.

In other words, to look at what routinely surrounds us and capture a little bit of what seduces us from our universe; To have the sensitivity to capture the ineffable, we often need the buzz of a poetic voice. For this reason, in addition to appropriating the literature that can shake us, we must rise to the challenge of reinterpreting those texts with our own snapshots.

It is an exercise of conscious appropriation. A didactic and even dialectical action. Everything takes place in an intertextual dialogue with the photographs. It might seem convoluted but it is natural for me to think about what photos could accompany the literary images that the literary text proposes to me. Because the photos, in this case, always accompany.

Graphing verses of poems and songs or fragments of novels and stories is something that accompanies me in my work. It is even a gym. Could it be that I carry with a poet or a frustrated writer? I do not know. Good topic to discuss in my psychoanalysis sessions.

The point is that in my library, on my desk, on a small table where my camera rests when it is not active, I am crowded with books with marked pages pending to be graphed. Some I have started. Others have a couple of assigned photos but they remain there, in suspense. A couple has had a swift and fast closure, with a series of photographs which, later, I have not seen again.

But the most important texts are those of a select group of books, which I read and reread periodically. For those fragments, I eagerly sniff around images already taken or go out into the street in search of new photographs. Complete sentences and even stanzas lurk in my head as a guide in that search. When I finally think I have those inspiring images, I wildly search for the fragments and, like a sommelierI lend myself to the pairing between the best of wines and the most exquisite of dishes.

They are powerful texts, some tender, others heartbreaking. Those writings mark my photographic impulse in accordance with the moment and the context in which I read them. Although, rather than reading them, I prefer to say that I visit them.

One of my favorites is the book Visitationsof the Cuban poetess Fine Garcia-Marruz, recently passed away at the age of 99. This collection of poems, published for the first time in 1970, is divided into the sections “Blues”, “Visitations”, “Anima viva” and “La Tierra Amarilla”.

“In this book, written in the language that Fina García Marruz asks for herself —’I want to write with living silence’—, there are some of the most passionately beautiful poems that have been composed in the Spanish language since the dawn of 1900 ”, wrote the Elisha Diegoone of the leading voices in the history of Cuban and even Hispano-American literature, about this notebook and its author, who was very endearing and close to him.

When the sad news of Fina’s death broke a few weeks ago, I returned to Visitations. I stopped once again at the homonymous poem, the one where a very intimate Fina writes with tenderness and makes memory a handle for life. 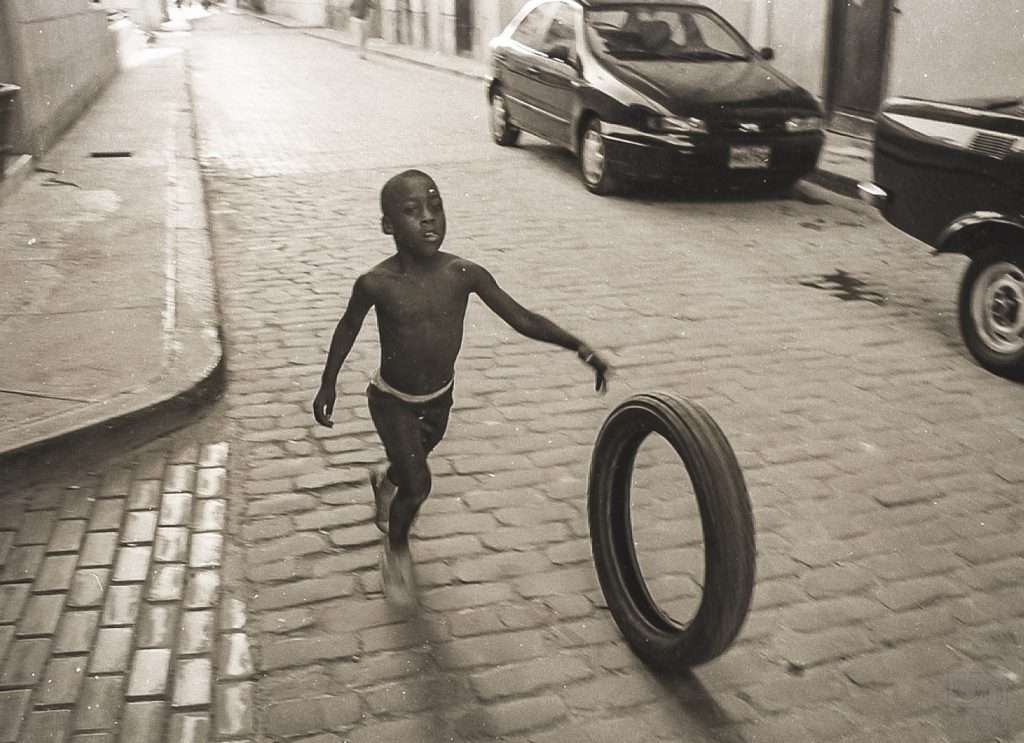 Cintio Vitier, her life partner, once revealed that Fina’s writing is based on “the intimacy of memories, the flavor of the Cuban and the Catholic mysteries.” This is how all her poetic work is. Such was her life. Her tender imprint is perennial.

«Visitaciones», the poem, is structured in twelve small parts. Twelve tenses that I underlined since the first time I read them a few years ago. On this occasion, by devouring them, they inevitably transported me to Cuba. But not to any time in Cuba but, particularly, to some photographic moments from almost twenty years ago, when a camera began to be an extension of my body. What would have mobilized me from that poem to sift through my negatives from two decades ago? (Another topic to talk about in therapy).

The previous question remains open. Memory as a sustenance of existence now finds its place, in these photos of yesteryear, as photographic “visitations” to celebrate Fina and poetry.

When time is already gone, one returns

as to the childhood home, to some

days, faces, events that they knew

walk the path of our hearts.

the same day, the same friend, the same

old sun. And we want to tell the wonder

blind to others, clear to our eyes,

where memory has stopped

a smile, a brief way of greeting.

For little by little the world becomes impenetrable,

the eyes do not understand, the hand no longer touches

the nameless food, the real. 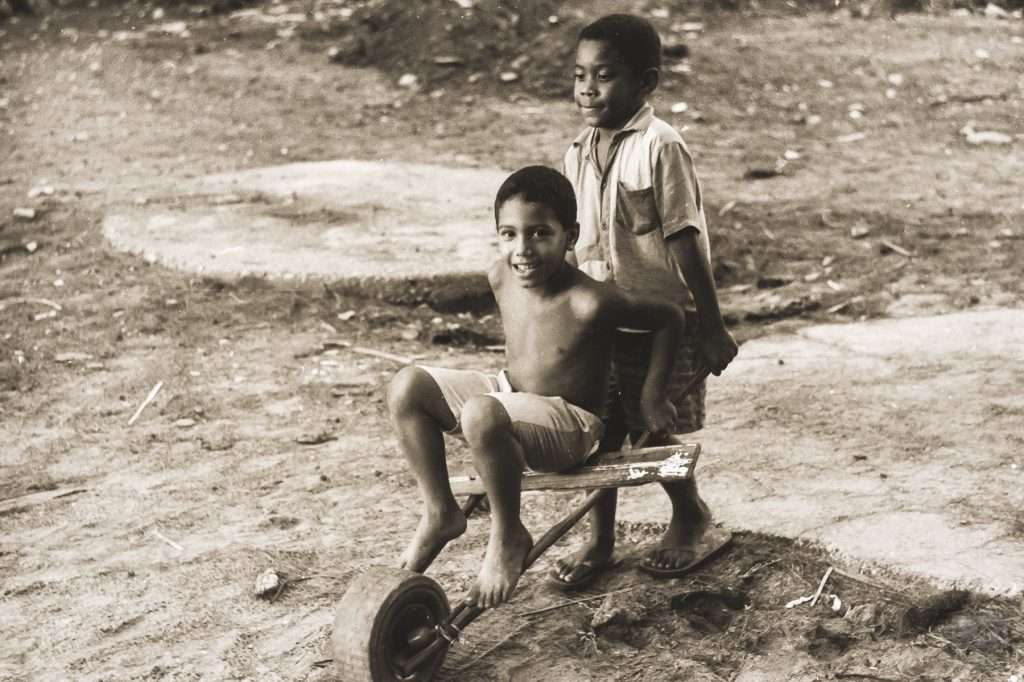 One goes back up the stairs

of their lost house (they no longer have

nowhere), someone calls them

with a dear, familiar voice.

But there is no need to answer him.

The voice alone calls us, enough,

as if nothing could hurt him,

in the huge hallway. A rain

that can’t get us wet, doesn’t get tired

to surround a favorite day.

One knocks on the door of the house

what was left to our hands

mortals, as a timid consolation. 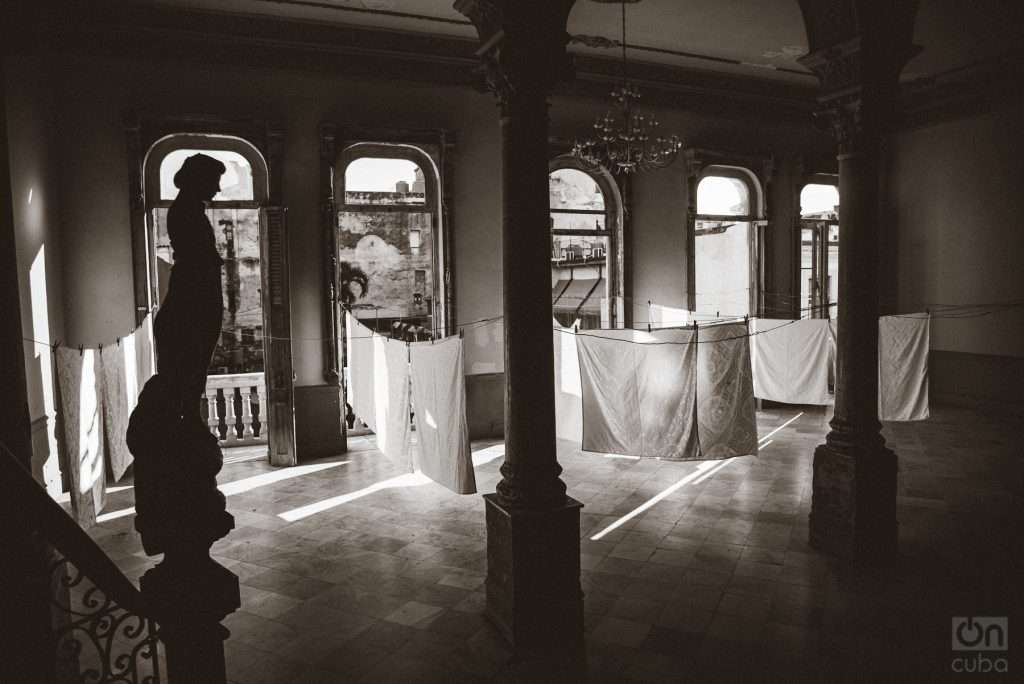 most loved of all, soft returns

to the simple room, every day

When did you knock on the door? We can not

remember it. She was there, she was!

And it will never go away nor can it go away.

The words do not bring us memory

of goodbye can only turn

through the door of a noise, of a call

of that world that erases, ignores and wins. 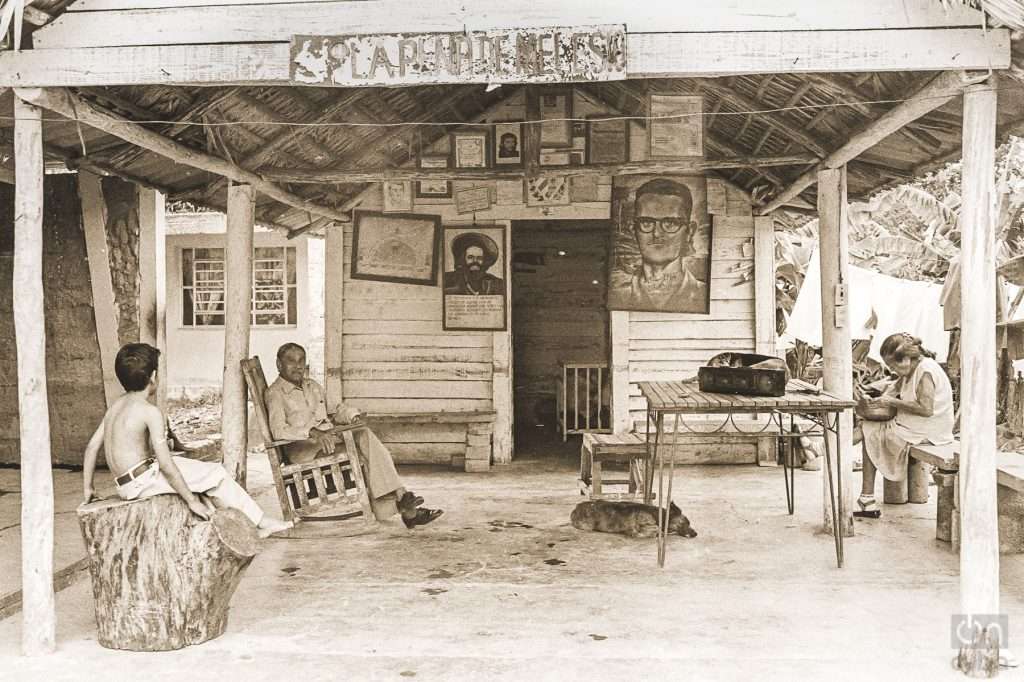 What capricious and exquisite hand

he took him out of his nothingness, like a god,

to illuminate forever another joy?

Will you partake of the eternal giving

that you left your humble hand full

of the treasure? In your happy carelessness

teenager did you spill the oil?

What mystery was yours, pure instant,

‘Cause they’re getting blurry

and you stay as a fixed star

with greater power of eternity. 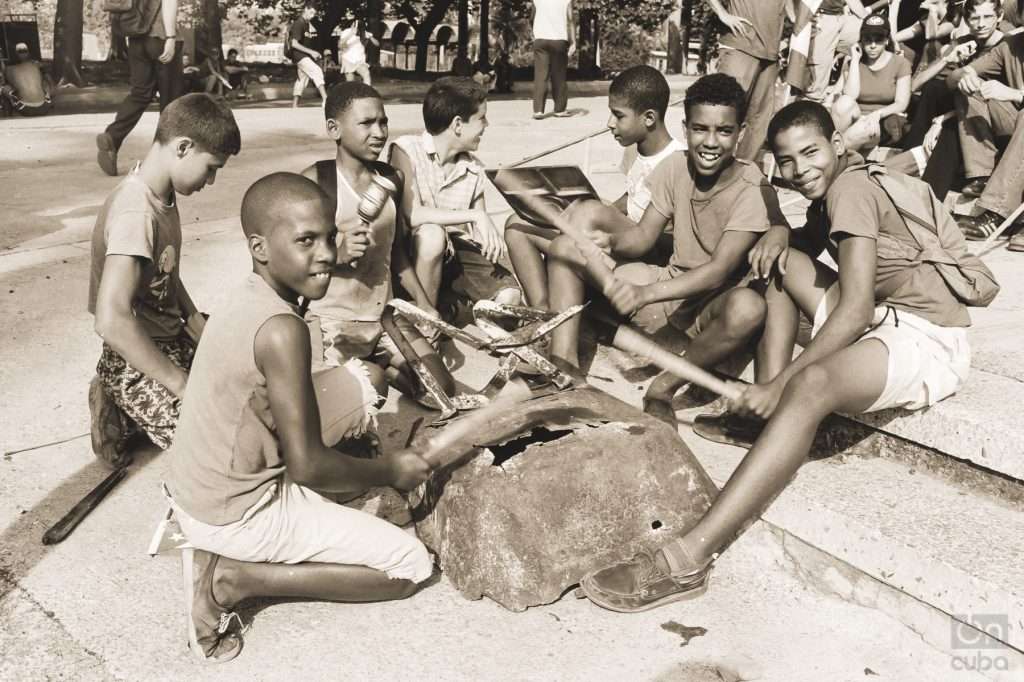 And when time makes his face impure,

a life that we love in its hour

certain to give, forever more real

that its present truth, we will see

when that light surrounded him,

when time was just a fragment

of a more splendid, invisible body.

Every man is the guardian of something lost.

Something that only he knows, only has seen.

And that buried world, that mystery

of our youth, we defend it 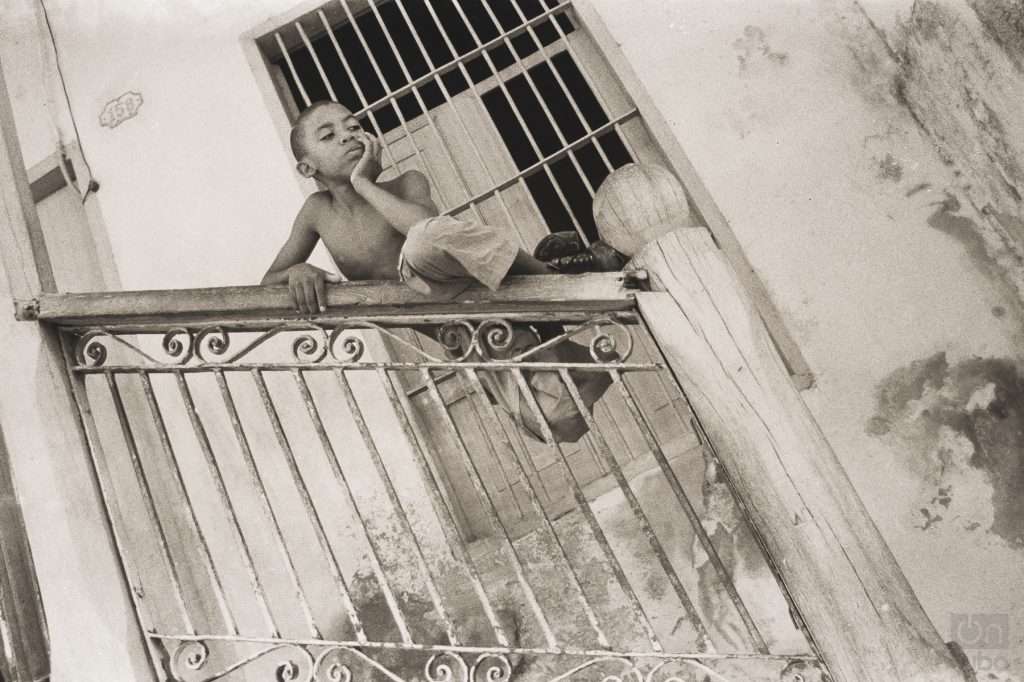 And the real is what has not yet been!

Every appearance is a mystery

appearance. On the autumn branch

the fruit does not end but the evening

promise to be as long as your intact

form offered a moment to our bliss.

For all fullness is the promise

splendid of death, and the visitation

of the angel in the face of the youngest

that we all knew would go before

for Desire chose its nocturnal smile. 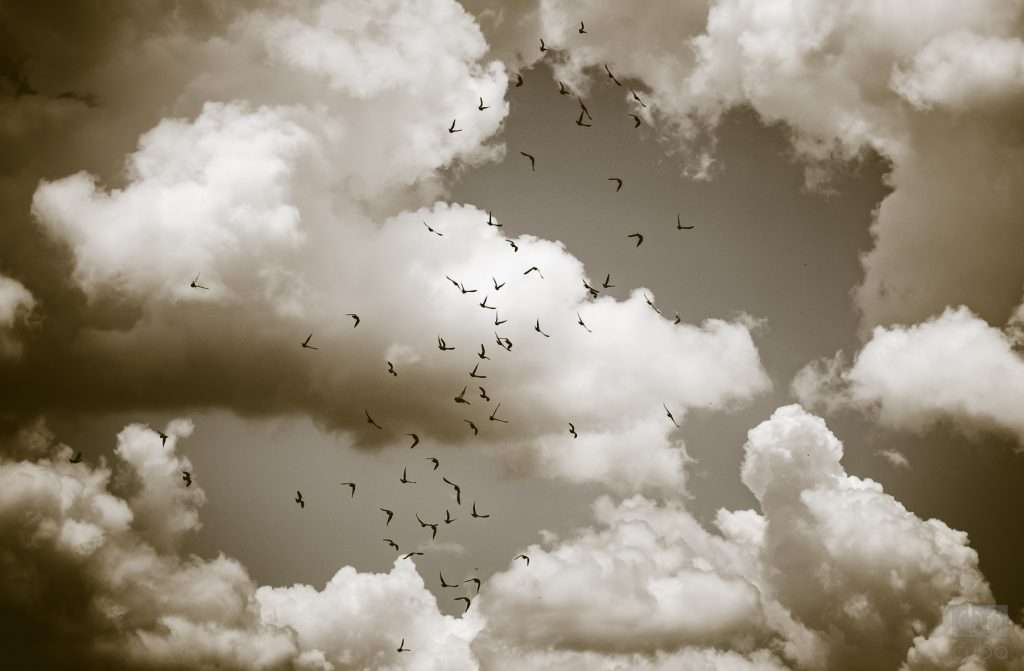 To that vague delirium of the room

you brought the blue portal of the town

of your childhood, in your silence it opened

The thick veil fell from the eyes

and to the one who waited all night we opened.

He broke bread with a blanket of snow.

With the backs of the shepherd you fled,

when you turned your face it was night,

everything had changed and yet

the sheep slept peacefully on the farm. 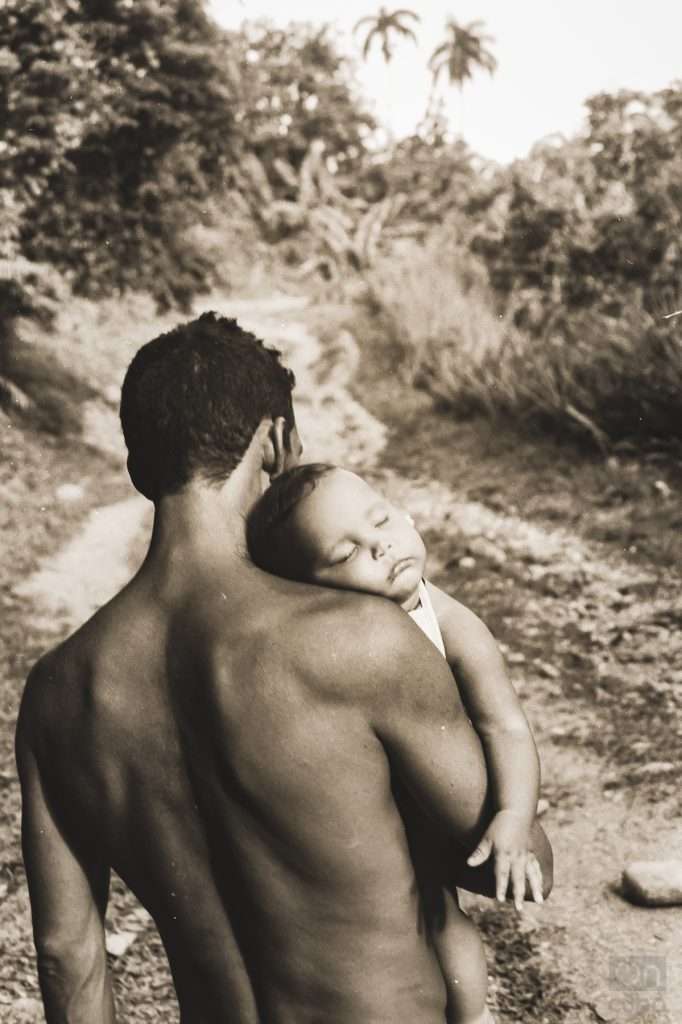 Didn’t you feel your heart burning

when he spoke to us of the scriptures?

Guest was a mysterious word.

Guest is the one who comes from far away,

from some town we’ve never seen.

Guest is the one who comes at night,

knock on the door and everything

Guest is who sits at our table

just for one night, and it’s not right

but already to hear what his mouth said.

Guest is he who cheers with his face,

and shines our bread with his hands

and we can’t remember his name.

Guest is the one who has to leave, at dawn. 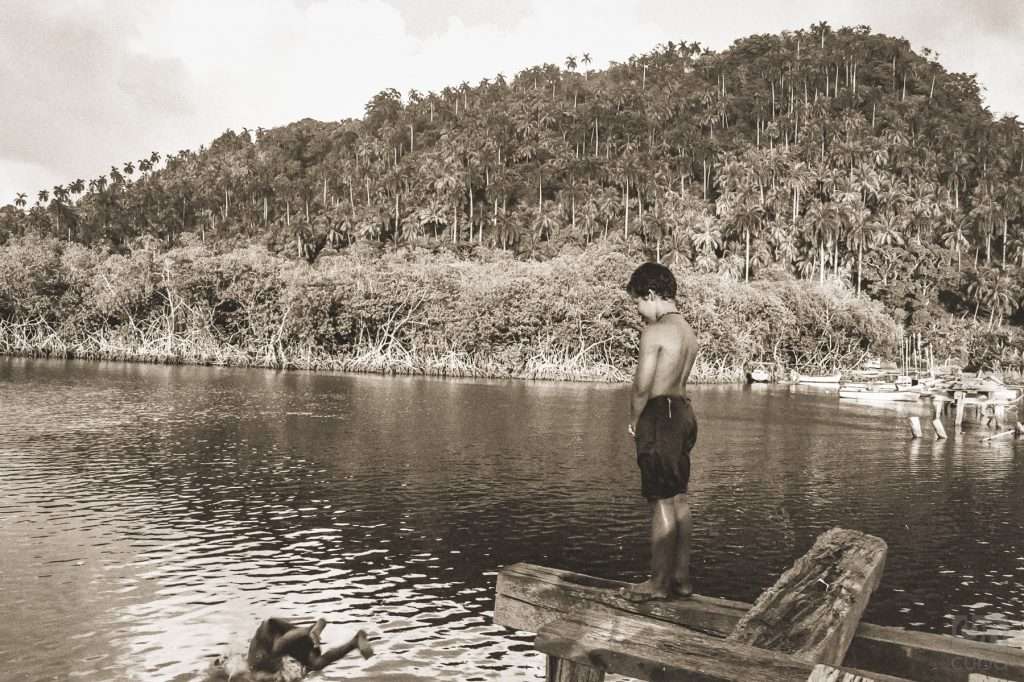 There go to wind where the rose was

more fragrant than all summers!

Why should it be the one we become

that the one we went to your pale lights?

Why the desert dust, the agony

next to the beautiful weapons, there are only

from the glow of victory? Far

It’s all expiration. in another space

happens, beyond the dying

next to the wind that carries the flags

splendid ones that flee. Fiera is all victory. 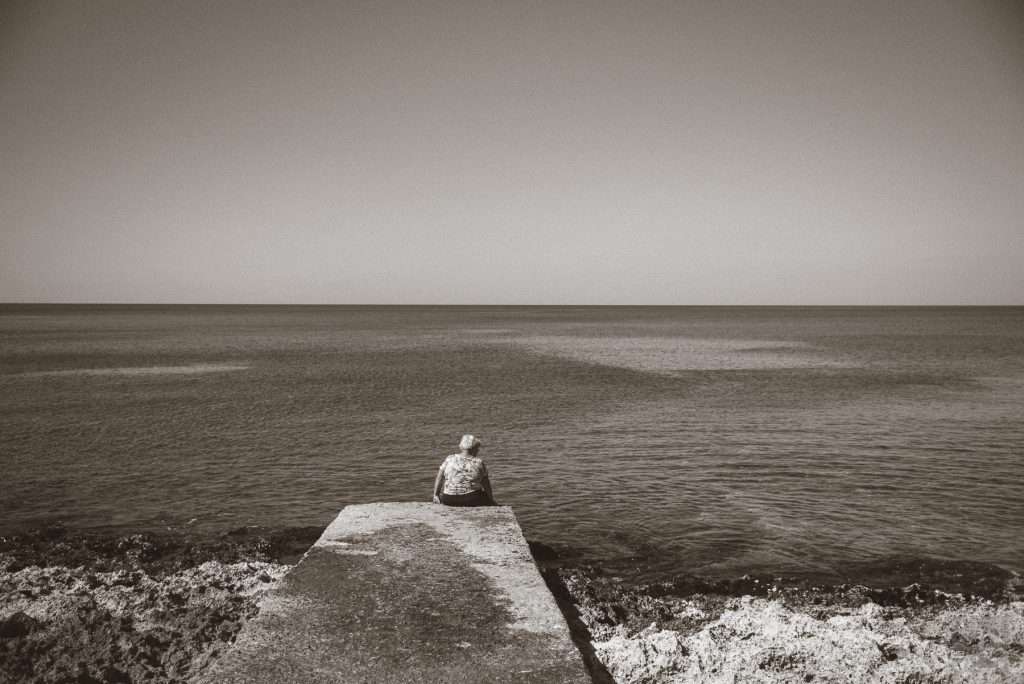 Friend, the one I loved the most,
come to the light of dawn.

How time has changed that fixed

smart look than a stranger

The music of the possible surrounded your face,

in our faithful tenderness you were fulfilled

as in the burning fire, and not in the livid

ash, finish And where do the others see

the wrinkle of derision, we touch you

children at hand, because only

ours was the privilege of looking at you

with the face of your resurrection. 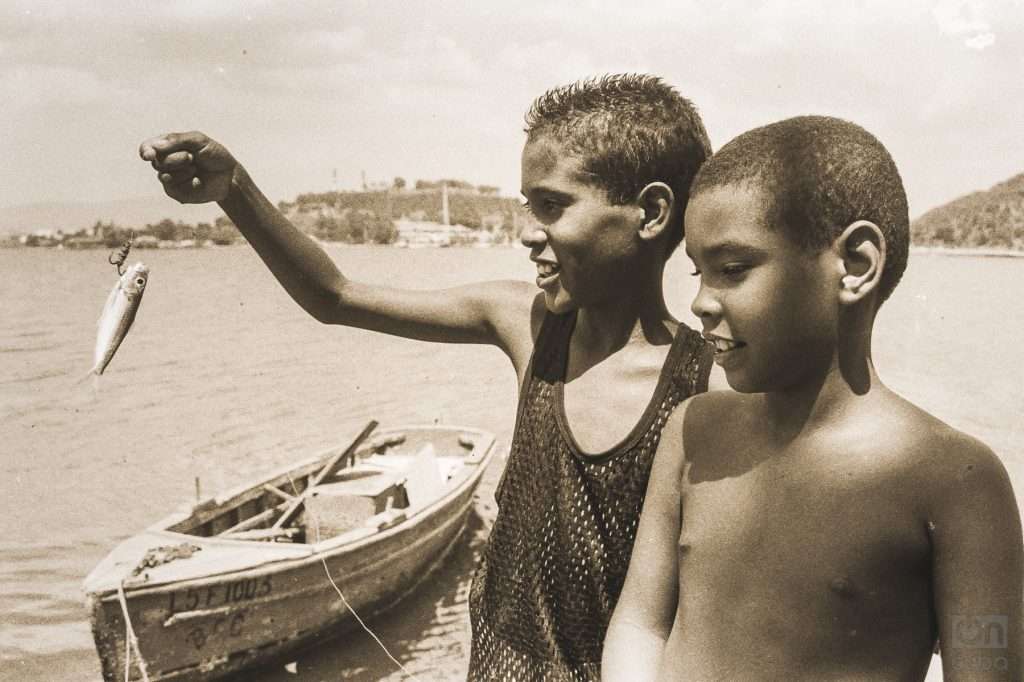 Since I have walked with you through shady lanes…
Keats

Who does not know that shadowy path,

each other friend, in the joyful

dialogue to the door of the house,

the nocturnal footsteps on the sidewalk

What brings us to the friend, to the well-arrived?

To whom, already late, does not cost much

inexplicable said, under the cold stars? 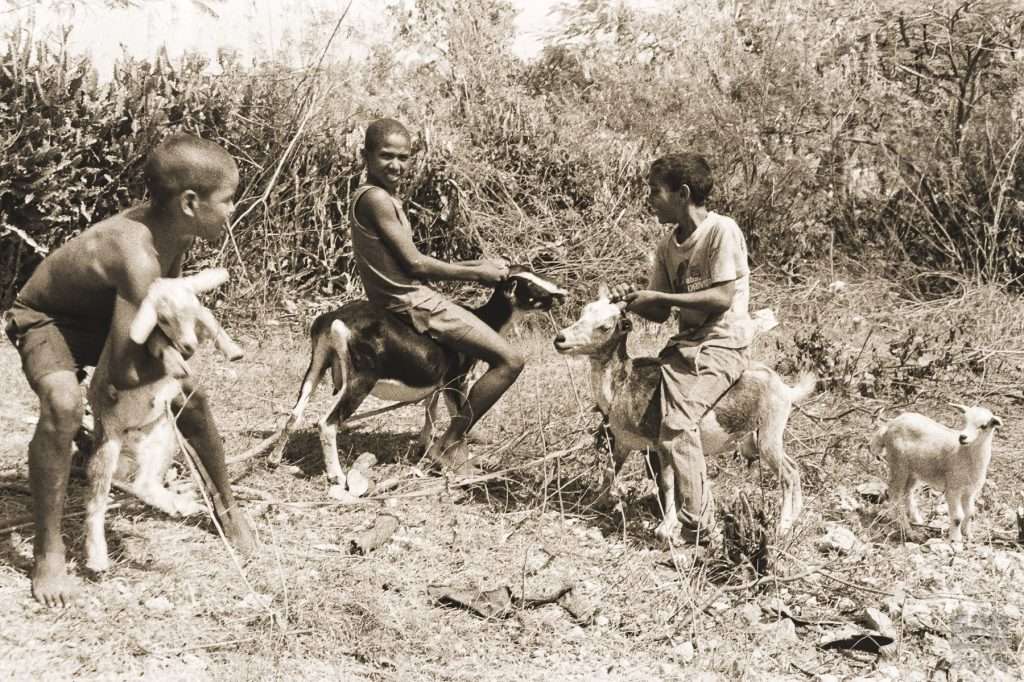 Only you beasts, clear trees,

inheritance only ours, while the star pours

its surviving light on that haughty face

to be fleeting, together with the fixed cycles,

and that green, eternal! he walked away

the glory of the most beloved faces,

and we return, like a blind wave, to time

of the incorruptible body that you waited for

and we couldn’t hold back, crying

in the lost lamp, the voices,

what I find we believed and it is departure.

Oh the real, the world in mystery

of our youth, which awaits us!

Your joy has been promised to us.

His return has been promised to us.

You are what returns, oh we always knew. 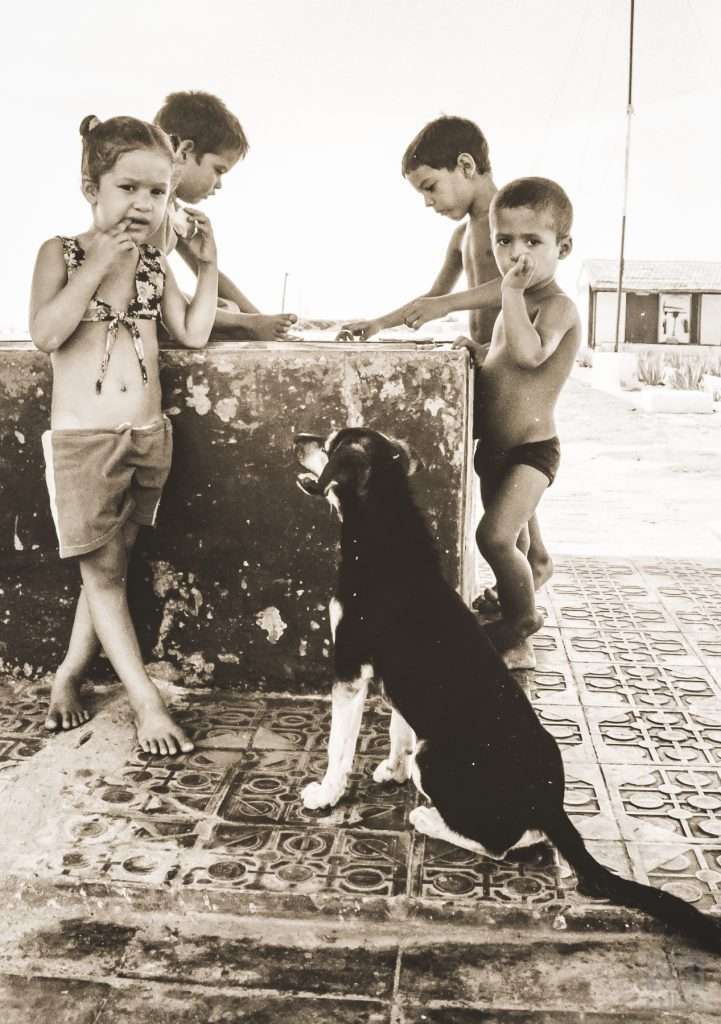 It is the tradition of this column to deviate every

This is Choix, Sinaloa, where Rafael Caro Quintero was arrested

17% of Choixeños, according to the latest census of the

They agree to freeze the fuel at $3.32, ANADEPO has not signed, they ask to discuss medicine and basic basket issues

A new figure for freezing the price of fuel at

Olimpia begins the Clausura with victory against Guaraní

This is Choix, Sinaloa, where Rafael Caro Quintero was arrested

Cuban Magdiel Estrada reached the silver medal this Saturday in the -73 kg division, at the

The problems that caused 11J have not stopped getting worse: It is inevitable that it will be repeated

More than twenty audiovisuals by Cuban filmmakers are projected these days at the Documenta 15 event,