the congresswoman Patricia Chirinosfrom the Avanza País bench, filed a constitutional complaint against the Minister of Transport and Communications, Geiner Alvaradobased on the information that has been released about his alleged links to acts of corruption in the Government.

The document was formally presented on August 11 and raises a constitutional accusation against Alvarado for the alleged crimes of criminal organization and illegal sponsorship. He is also denounced for an alleged constitutional infraction.

Chirinos highlights in his complaint that the current Minister of Transportation took office on August 5 after holding the position at the head of the Ministry of Housing, Construction and Sanitation since the beginning of the Government of Pedro Castillo.

After that, he mentions the version given by the former Secretary General of the Presidential Office, Bruno Pacheco, who as an effective collaborator accused the Mayor of Anguía, José Medina, and Minister Medina as alleged operators of a criminal organization.

It also highlights that, in the preliminary arrest request against Yenifer Paredes, Mayor José Medina and businessman Hugo Espino and his sister, the prosecution says that there is a simple degree of suspicion that there is a criminal organization that seeks to capture high positions in the Executive. with trustworthy people like Geiner Alvarado.

Geiner Alvarado is pointed out by the @FiscaliaPeru as coordinator of the criminal gang that directed works in @viviendaperufor this reason I have presented DC against the now head of the MTC for the crimes of criminal organization requesting his dismissal and disqualification for 10 years pic.twitter.com/XxNFfmU1yK

It should be noted that the National Prosecutor, Patricia Benavides, announced the opening of a new preliminary investigation against Pedro Castillo and Minister Geiner Alvarado, after learning of these versions that implicate both officials. 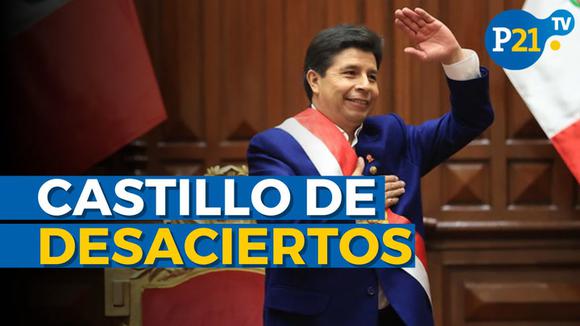 The INTERNATIONAL lapses of Pedro Castillo

the congresswoman Patricia Chirinosfrom the Avanza País bench, filed a

Lacalle Pou in Las Piedras: “The government works are for everyone”

The President of the Republic headed this Thursday the 11th

Agents attached to the Regional Anti-Drug Intelligence Unit detained a

Mission accomplished! The flamingo made official the signing of the

Lacalle Pou in Las Piedras: “The government works are for everyone”

Benji Espinoza: Videos from Palace security cameras will not be delivered because there are State secrets

the president’s lawyer peter castle, benji espinozanoted that videos will not be delivered of security cameras

Through a resolution published on August 10, the Judicial Power (PJ) declared the precautionary measure requested