The official song of the event, called ‘Alto Sueño’, opened the day in Saxony with a performance by national artists and groups Kchiporros, Caja Blanda & Kaese, Néstor Lo, Milk Shake and Tierra Adentro.

In addition, dance groups and interpreters of representative musical themes of our culture jumped on stage, as well as a tribute to the most important stages in the history of our country. 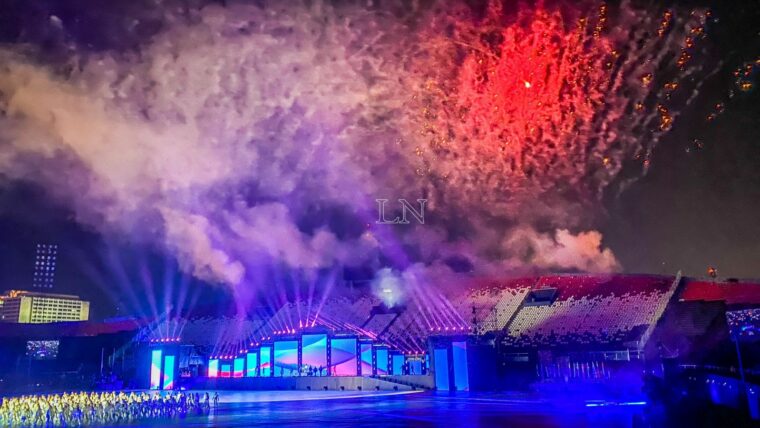 The Defensores del Chaco was the venue for the opening ceremony. (Photo: Carlos Juri / Media Nation)

One of the most anticipated moments, the parade of the delegations, closed with the passage of the 576 Paraguayan athletes, led by flag bearers Nicole Martínez (rowing) and Fabrizio Zanotti (golf).

Thus, after speeches by the Sports Minister, Diego Galeano, and the president of the South American Sports Organization (Odesur) and the Paraguayan Olympic Committee, Camilo Pérez, the President of the Republic, Mario Abdo Benítez, opened the unprecedented multi-sport event. In Paraguay.

The Argentine artist Tini, for her part, was in charge of closing the opening show before a crowd of attendees at the Saxony stadium.

The State Defense Council (CDE) decided to file a complaint

Brent remains close to 85 dollars and WTI, at 80 dollars

oil prices, close to their highest level for three weeks,

Brent remains close to 85 dollars and WTI, at 80 dollars

oil prices, close to their highest level for three weeks,

The history of Abbey Road Studios in a new documentary

MIAMI, United States. – It’s amazing how the stories about

Elections 2022: Public Ministry carried out more than 640 operations throughout the country on the eve of the elections

Security and T-MEC are opportunities for North America, says Ebrard

In July of this year, the Social Welfare Institute (IPS) began planning the tender for the