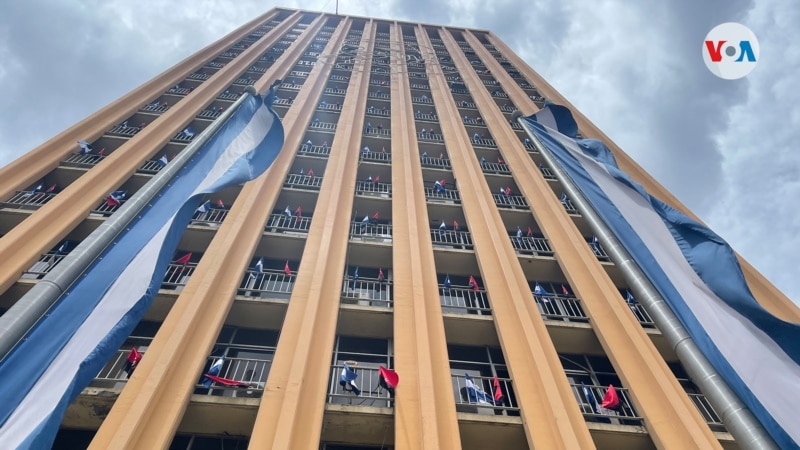 The Nicaraguan Parliament outlawed this Wednesday the Missionaries of Charity Association, founded by Mother Teresa of Calcutta in order to assist the poorest in the country.

Similarly 100 more non-governmental organizations were canceled existing in the country with 75 votes in favor of the pro-government deputies who control Parliament, out of a total of 91.

The ruling party argued that the Missionaries of Charity Association is not accredited by the Ministry of the Family to function as a nursery, child development center, girls’ home or nursing home.

They also indicated that they do not have an operating permit from the Ministry of Education to carry out learning reinforcement.

In addition, they assured the financial statements reported to the Ministry of the Interior —which is the entity that regulates the NGOs— supposedly do not coincide with the documents presented.

The religious Association annulled this Wednesday was founded in August 1988 during the first administration of Daniel Ortega, after a visit to the country by Mother Teresa of Calcutta.

The measure has caused criticism of the administration of President Daniel Ortega, who has launched an offensive against the Catholic Church, whom he accuses of trying to collude with other opposition groups to carry out a coup.

The Nicaraguan priest, exiled in Miami, Monsignor Silvio Báez said on Twitter that he saw with “great sadness that the dictatorship has forced the missionaries to leave the country.” “Nothing justifies depriving the poor of charity care. I am a witness to the loving service that the sisters provided,” added the priest.

Similarly, the former president of Costa Rica Laura Chinchilla wondered: “How to justify concessions to a regime for which even the humanitarian action of a group of missionaries is subversive and intolerant?”

Nicaragua is experiencing one of its worst political crises since 2018 to date, after protests against President Daniel Ortega that triggered more than 300 deaths.

The church and the rest of civil society demanded that the president stop the repression, however the president responded with violence by putting most of his critics in jail.

Nicaragua cancels the Missionaries of Charity Association, founded by Mother Teresa of Calcutta

The Association of Educators from Veragüense (AEVE) called for this

With great expectation, the Teletón Foundation will be holding simultaneous

Are you thinking of renewing your truck? Learn how and when is the best time to do it

Renovate a truck It is a very important step, because

The Nicaraguan National Assembly, dominated by the Sandinista Front, made official this Wednesday, June 29, the

The Nicaraguan Army, after the possible arrival of a tropical storm in Nicaraguan territory, is mobilizing

Municipal elections in Nicaragua will not have opposition parties

Less than 5 months before the municipal elections in Nicaragua, the outlook for the opposition is

Caribbeans fear losing everything again due to hurricanes and storms