Precisely, the senior official confirmed this Thursday the possibility of increasing cooperation with Managua; the multiplication of bilateral trade, whose figure last year rose to more than 160 million dollars, and the continuity of the support granted, in more than four decades, to the national army.

Nicaraguan President Daniel Ortega, for his part, acknowledged that the struggle and defense of peace is always present on the political agendas of both countries and described the heroism of Soviet citizens during the confrontation and defeat fascism.

In his opinion, in that warlike conflict of the first decades of the 20th century, the then Soviet Union saved Europe, the United States and international society, an aspect “that cannot be forgotten”, especially at the present time when the empires threaten world harmony

Leonardo González, professor at the Law Department of the National Autonomous University of Nicaragua (UNAN-Managua), told Prensa Latina that for Russia the support of the Central American nation in the region is significant. 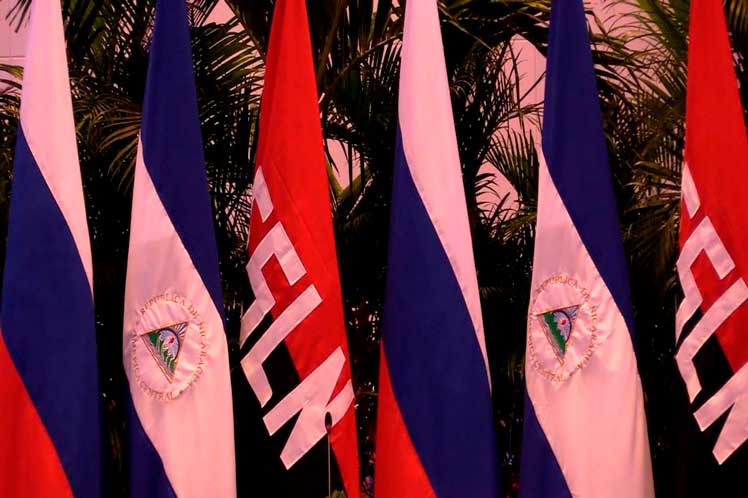 “There is a common history since the construction of the popular revolution against one of the representatives of the US empire Anastasio Somoza and the victory of that social movement in 1979. After that victory, the Sandinista leaders turned their geopolitical gaze towards the USSR,” Indian.

The Central American nation values ​​Russia for its technological hegemony and its character as a leader in energy resources; Added to this, the search for alliances on the other side of the Atlantic Ocean demonstrates, according to the expert, Moscow’s vision of a multipolar world and the need for twinning.

The country of lakes and volcanoes supports the actions taken in the geostrategic concert by the Russian Federation and for that Eurasian territory, “we are not simply a receiving nation of what they produce or do”, proof of this is the nature of this visit and the wide possibilities of mutual collaboration.

The arrival of the Russian representation, made up of ministers, deputy ministers, experts in economic development, finance, industry, trade, defense, energy, protection and human welfare, is mediated by the renewal of Nicaraguan foreign policy, in this new mandate of Ortega .

«As of 2007, a date marked by the return of Sandinismo to power, we demonstrated with social transformations; the resurgence of a strong, democratic and legal state and the cohesion of all productive sectors, that our international relations are diverse », he pointed out.

González highlighted as one of the most recent expressions of these links the sending of doses of the Sputnik V and Sputnik Light vaccines to confront COVID-19; as well as the granting of permits to produce in Managua the third vaccine registered in Russia, CoviVac.

For the international relations and law graduate and political scientist, Andrea Pérez, the consolidation of ties between Russia and Nicaragua embody a long and historic friendship, based on respect for national independence and sovereignty and cooperation in health, education, defense and transportation.

According to the specialist, the return of the former guerrilla to the highest position of the executive determined a relaunch of ties and the signing of numerous memorandums of understanding and collaboration, one of the most recent was the one signed in December 2021 linked to atomic energy with peaceful purposes.

The document, according to reports, lays the foundations for the establishment of exchanges in a wide range of areas, especially regarding information to the public on the use of nuclear technologies and the non-energy use of atomic energy in industry, agriculture and medicine.

«Russia, of course, represents a significant bastion in Latin America and the Caribbean to combat the hegemonic interests of the United States and build a multipolar world. She is one of our closest partners », he argued to Prensa Latina. 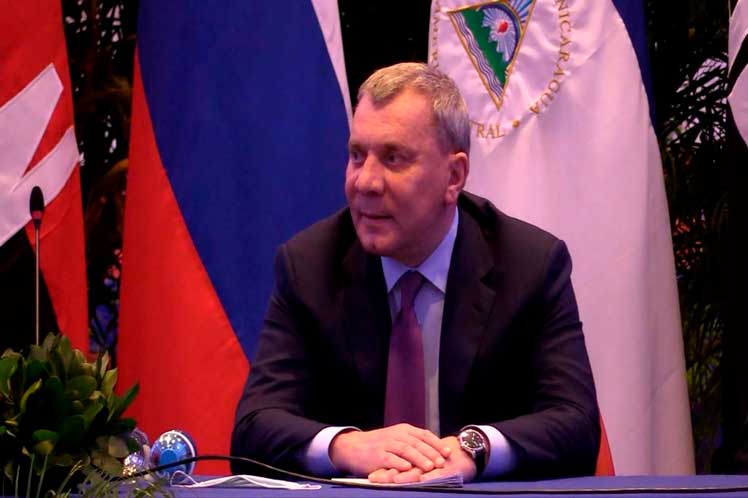 Borisov’s visit indicates the influence of Moscow in the region and the recognition of one of its main commercial actors: «our position between the Caribbean Sea and the Pacific Ocean is privileged and we are a country in continuous resistance against the onslaught of US imperialism », assured Perez.

In his consideration, the bilateral meetings are intended to strengthen the support of the governments of Nicaragua, Venezuela and Cuba in the area and reaffirm their role as a great regional partner, in the face of the new wave of aggression against the Kremlin and the possibility that Washington will impose sanctions.

Photo: file. Submersion of an Aerolíneas Argentinas seaplane into the

The São Paulo subway will operate uninterruptedly tomorrow (31) on

The Municipality of Paillaco reported that 250 hectares have been

The mother who narrates the games to her blind son