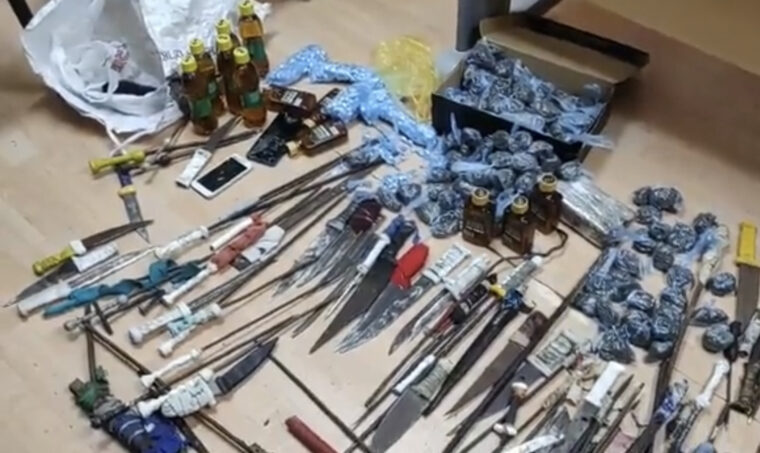 Authorities from the Ministry of Justice, accompanied by a delegation of penitentiary agents, led a search this morning in several pavilions of the Tacumbú prison.

As a result of this procedure, it was possible to find a significant number of bladed weapons, mostly homemade, in the hands of the inmates.

The report details that a total of 26 knives, 75 rapiers, 3 daggers, 13 rods and 32 spears were found, several of them in the pavilion corresponding to persons deprived of liberty belonging to the Rotela Clan.

The search was carried out prior to an important celebration that will be held both in Tacumbú and in other penitentiaries in the country for the feast of the Virgen de las Mercedes, patron saint of inmates.

The entrance New search in the Tacumbú prison: they seize weapons, drugs and other objects was first published in diary TODAY.

New search in the Tacumbú prison: they seize weapons, drugs and other objects

Authorities from the Ministry of Justice, accompanied by a delegation

Perumin 35, the Convention mining The most important in Latin

A viewer of the Despierta con CDN program suggested that

Deputy Reisch: Bill that establishes as a crime all mistreatment of older adults

If the initiative is approved, these acts will be punished

Albirroja: the only precedent, against the Emirates, when Roque reached the 100th game

Swiss and Spanish will pair up in a historic doubles match this Friday. Photo: Getty. The

The president of the United States, Joe Biden, served as host this Wednesday and organized a

Punishment?: The Court changes the judge who sentenced members of the González Daher clan

The American Jim Capobianco, one of the most prestigious animation screenwriters and creators, is looking for