The designer “Negro” Vazquez forged the Caburé haute couture brand with years of effort and creativity, which transcended national borders and became an ambassador of national talent.

More than a decade ago, specifically in 2009, the prominent designer Hugo or “Black” Vázquez ventured into the world of fashion, making urban trend garments such as basic t-shirts and jeans. Without imagining the success that he would reap, the artist developed over the years the Caburé haute couture brand that crossed national borders and became an ambassador of national talent.

“When I finished school I went to live in New York for a while and, when I came back, I decided to start a business. I had to study architecture and there I started working in fashion. I started making menswear, t-shirts and jeans, because back then I really liked urban clothing. Time went by, while creating the brand. In addition, I found the approach that I liked the most: designing for women,” said “Black” Vázquez.

While training in the field of fashion in Buenos Aires and Italy, he acquired a different vision of the industry and its needs. In fact, Caburé was initially a women’s prêt-à-porter line, until it became an exclusive store of haute couture dresses for women, especially for brides, which are made to measure. 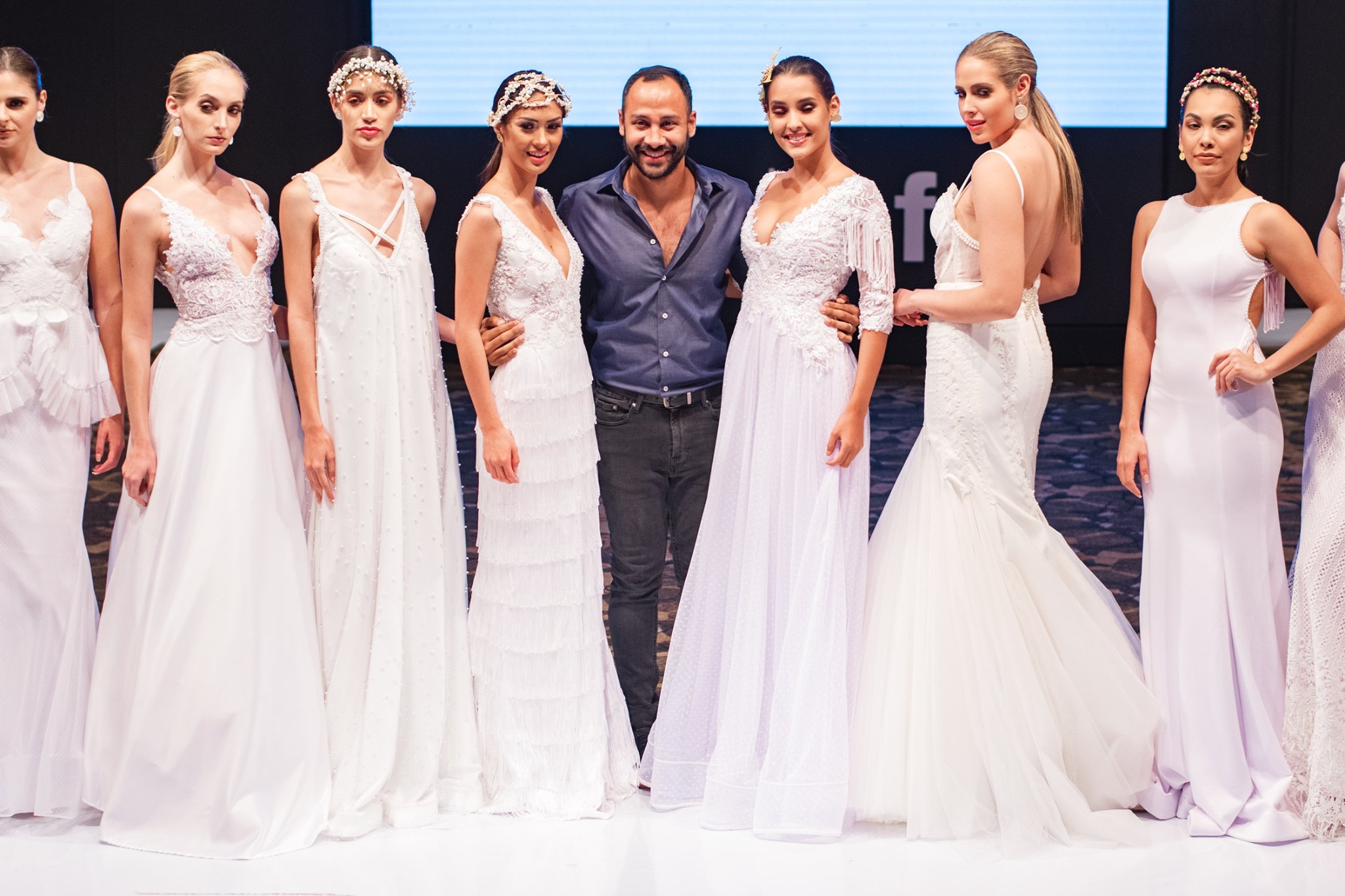 When creating magnificent haute couture pieces, the designer always uses his clients as a muse. His work and his clients, in this sense, taught him the importance of self-esteem and self-worth, the artist highlighted.

“As a designer, what inspires me the most, every time I go to start work, is being able to meet my client. This was one of the reasons that prompted me to work to measure, since it allows me to interact with each one. This work taught me the importance of loving oneself. The job of a designer is not only to design or make the dresses, there is also a strong psychological work behind it, especially when it comes to providing support and confidence to the girls. That is what motivates me to come and continue working: that they feel sure of themselves, ”she stressed.

Developing as a professional, “Negro” Vázquez praised the local industry by participating in outstanding international events such as Madrid Bridal Fashion.
Week, in 2019. On that occasion, she presented the Samimbi collection, a series of bridal gowns with a more jovial touch and out of the traditional, with ñandutí materials and embroidered tulle.

Currently, the renowned designer is now preparing to show off his designs at New York Fashion Week and Paris Fashion Week.

“For me, personally, it is a super big emotion. I am going to carry the flag of Paraguay high and go to show the talent so that people know what the fashion business really is and everything that moves in Paraguay”, she expressed.

Along the same lines, the designer mentioned that for the New York Fashion Week he is preparing a prêt-à-porter collection of 32 pieces, with 100% national fabrics.

“It will have a more national and autochthonous style”; she indicated. Her presentation in the United States will take place on October 1, at an event that will run from September 28 to October 2.

Instead, during Paris Fashion Week, the artist will use the baroque style to let his essence flow in 12 haute couture pieces. The designer’s parade will take place on October 9, in an activity that will take place between October 5 and 12.

“I am looking for, for the event, to guide myself completely in the baroque, which is my essence, with a touch of romanticism, without losing the sensuality of women”, he highlighted.

AN INDUSTRY
THAT GROWS
Finally, the designer highlighted the evolution that has characterized the local fashion industry, especially in recent years.

“Today fashion has changed a lot, not only at a professional level, but also at the level of customer perception. Today it is a luxury to be able to wear a national designer”,
concluded.

The head of the Criminal Investigation Division (Divincri) of Arequipa,

They plan a new port for cruise ships

The Municipal Government of Montevideo and the national government are

PC affirms that negligence should be investigated in corruption cases

For the coordinator of Citizen Participation in the Super Tucano

70% of Paraguayans consider that the country requires profound changes

The study, coordinated by Gisela Brito from Celag Public Opinion (COP), reflects the perceptions of Paraguayan

“When you are old, you no longer rule over your body”, says the Pope

Omni SA is exposed to punishment of 3 years of suspension

The Comptroller General of the Republic (CGR) issued a report last Friday, June 10. In the