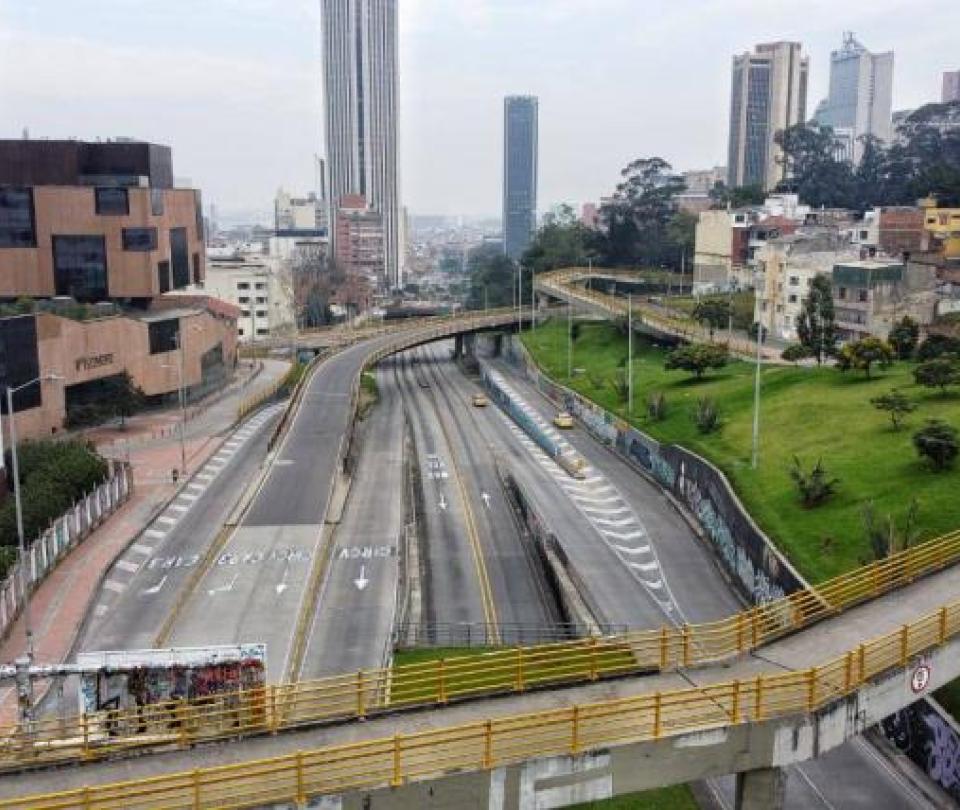 In an event that was attended by the outgoing President, Iván Duque, the Minister of Transport, Ángela María Orozco, and the Mayor of Bogotá, Claudia López, the signature of the co-financing for the mega projects of the second line of the Metro and the trunk of Calle 13.

At the event, the President stressed the importance of progress in the last two years to make these projects a reality. With this signature, both parties secured the resources for the execution of these works.

“In record time, in less than two years, we managed to reach the point that is reached today, to that level of irreversible start and that is to leave financed, signed and guaranteed the co-financing of the Nation, 70% for the second line of the Metro ; what took decades, we did in a short time,” said Duque.

In addition, the president highlighted the progress of the first metro line and the start of the Calle 13 Trunk, which will connect from the limits in Mosquera, passing through the Bogotá River.

The project for the second metro line, with a length of more than 15.5 kilometers and 11 stations (of which 10 are underground and five will connect with TransMilenio), is expected to benefit more than 2.5 million inhabitants of the towns of Chapinero, Barrios Unidos, Engativá and Suba.

The investment to achieve compliance with this system is $35 billion, of which the Government contributes $24.5 billion and the District $10.5 billion, through the co-financing modality (70-30).

The second project that has the financial support of the National Government is the TransMilenio Calle 13 trunk line. This work will have a length of 11.4 kilometers of rail built between Carrera 50 and the district boundary on the Bogotá River.

Along this route, the mega-project will have four lanes in each direction for mixed traffic, an exclusive lane for TransMilenio and two lanes at stations.

In addition, 13 stations are added, a main station and a patio to house 104 articulated and bi-articulated buses.

The infrastructure includes the construction of public space with sidewalks and bike paths.

With the investment of more than $4.97 billion, the Nation contributes 70%, that is, $3.48 billion, and Bogotá the remaining 30%, which corresponds to $1.49 billion, the project aims to decongest the central-western zone Bogotá and allow connection with neighboring municipalities.

On the other hand, there are other works that are being worked on in the city, and that in the framework of the 484 years of the country’s capital, the mayor, Claudia López, highlighted at the event.
“On this birthday Bogotá receives the best gift in its history, the largest that any government has given to our infrastructure and sustainable mobility. All the entrances and exits of the city will be improved with the resources that the nation has given us. The new ALO Sur highway has already been contracted (…), Accesos Norte ll has been contracted and is underway (…) and the extension of Carrera Séptima”, said López.

Regarding the first (ALO Sur), the event announced that the infrastructure and property delivery certificate has already been signed, as well as the start certificate on July 19, 2022, starting the pre-construction stage ( 12 months). This work will have resources of more than $1.5 billion, and aims to connect the inhabitants from Soacha to Fontibón.

On the other side of the city, work is also being carried out on the Accesos Norte ll project (and Carrera septima), which signed the contract start-up document on June 23, 2022, to begin the pre-construction stage. This work will have resources in the order of $4.8 billion.

It should be noted that the event discussed other mega-infrastructure projects that will help mobility in Bogotá.

The first of these is the project in Avenida 68 which includes mixed lanes, BRT lanes and 21 stations, among these a multimodal one that will allow the connection with Metro. Also 13.6 kilometers of new cycle paths and 4.3 kilometers of rehabilitated cycle paths.

In an event that was attended by the outgoing President,

The Mexican company Gran Retto promotes the first edition of

At the end of February 2020, a smiling Denis Moncada

The global supply crisis continues to hit the different sectors, and producer prices, in July, showed

[Video] With a shotgun, 80-year-old grandfather injured a thief who tried to rob his store

In California, an elderly man who owns a a liquor store, fended off a group of

The report with the main figures of the Trust Sector published by Asofiduciarias, revealed that, as

Fourth day of Under 20 World Championships in Athletics in Cali. The competition had several Colombian