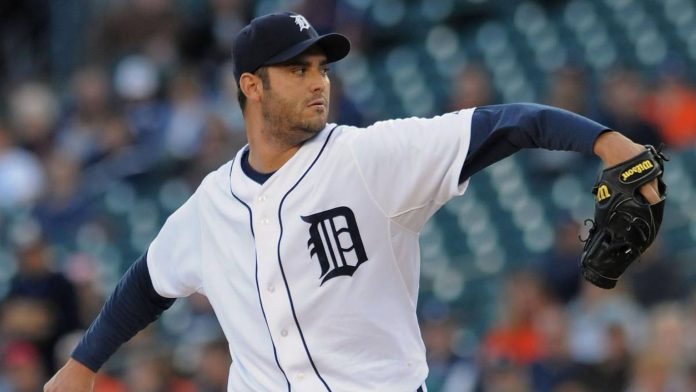 Major League Baseball (MLB) will not recognize the perfect game of Venezuelan Armando Galarraga after Rob ManfredCommissioner of the Major Leagues, will express in a letter that it will not alter the record.

11 years ago, on the 2nd of June of 2011, Armando Galarraga posted a near-perfect game after he dispatched 26 batters in a row. The feat was achieved in a game between the Detroit Tigers and the Cleveland Indians at Comerica Park. He was just one out short of perfection when rookie Jason Donald showed up.

With a ball and a strike, the rookie managed to hit between first and second. Miguel Cabrera left first to take the ball, Galarraga walked on base and completed the out, but umpire Jim Joyce called it safe.

Given what happened MLB has been asked repeatedly to change the record of the encounter. Finally, this Wednesday Rob Manfred, commissioner of the Major Leagues, sent a letter to the Venezuelan to deny the request. Galarraga posted the text on his Instagram account.

We are sorry to report it’s June 2 again. pic.twitter.com/yof0qAnIUR

“Our position on this issue was taken by my predecessor, Bud Selig, on June 3, 2010. At that time, he admitted that this game should have ended differently. After analyzing it with historians and statistical expertsMajor League Baseball will not go that far and will not set the precedent of changing the record of what happened in a game, including the error that was made and recognized by umpire Jim Joyce, “the text begins.

And he continues: “As much as he or I want to recognize Armando Galarraga’s perfect game, the modification of what happened, under the rules of that time, would open a Pandora’s box of errors that happened in our game and that may also happen in the future and that would be the constant subject of diatribes.

“And although the departure of Armando Galarraga does not appear in the official list of perfect games, his opening and the way he decided to handle this whole situation will never be forgotten by baseball fans. He should be proud that his legacy and generosity is valued by millions of parents around the world and by incredibly talented young athletes,” he concludes.

Major League Baseball (MLB) will not recognize the perfect game

The pioneers, Mosconi and the first steps of the flagship oil company

A century of YPF history. Illustration by Osvaldo Révora. Oil

Parties do not provide women with equal status, survey says

In Brazil, candidates for elective positions believe that the political

At a traffic light they robbed Yina Calderón and her companions, they stole chains and cell phones

Yina Calderón, businesswoman and influencer. The mother of the influencer

The pioneers, Mosconi and the first steps of the flagship oil company

Maduro on Bolivarian Shield 2022: “We have destroyed more than 200 irregular camps”

The Bolivarian National Police Corps (CPNB), achieved the arrest of Richard Araujo (47), for the alleged

A building located in commune 3 of Cali, capital of Valle del Cauca in Colombia, in

The Attorney General of the Republic, Tarek William Saab, held a meeting with representatives of the

In the first round of the presidential elections, the Colombian electorate chose to move towards the