The President of the Council of Ministers, Hannibal Torresand the Minister of the Interior, Willy Huertas, to the summons in the Control Commission of Congress this Thursday, to respond to the complaints made by the former minister, Mariano González.

For this Thursday, the working group also plans to receive the testimony of González, who has accused the president of obstructing the work of justice, since his dismissal would have occurred due to the formation of a police team aimed at capturing fugitives. who would be around you.

On Tuesday afternoon, President Pedro Castillo announced the departure of Mariano González as head of the Ministry of the Interior and swore in Willy Huerta Olivas as his successor in office.

As recalled, the outgoing head of the Ministry said that he has “no doubt” about the commitment that Castillo Terrones has “with corruption.”

In statements to Panamericana Televisión, he indicated that the head of state is seeking to “obstruct justice” because he would be impeding the work of police intelligence to find the whereabouts of fugitives Bruno Pacheco, Juan Silva and Fray Vásquez Castillo, nephew of Castillo Terrones. 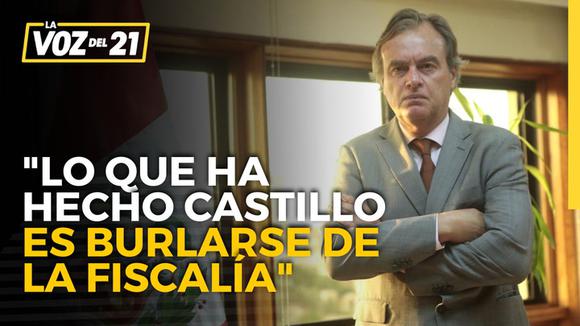 We spoke with the former Minister of the Interior, Carlos Basombrío, about Pedro Castillo’s decision to remove Mariano González from the portfolio. Basombrío indicated that President Castillo has an agenda contrary to the national agenda.

The President of the Council of Ministers, Hannibal Torresand the

Bustillo: “We must advance in the integration process in a realistic and pragmatic way”

The Chancellor of the Republic, Francisco Bustillo, spoke this Wednesday

The UCAB believes that the fact that the bricomiles act

The bus service in the AMBA continues to be reduced

Delays and long lines were repeated in neuralgic places. Photo:

Bustillo: “We must advance in the integration process in a realistic and pragmatic way”

The councilors of the Provincial Municipality of Tacna are attending the Anti-Corruption Prosecutor’s Office, which is

Mariano González responds to the Cabinet: “Gavidia, Salas and Chero seem like the three stooges”

On the morning of Saturday, July 16, the then Minister of the Interior, Mariano Gonzálezmet in