The Minister of Energy and Mines, Eduardo González Toro, denied having knowledge that Daniel Salaverry entered the headquarters Perupetro and had made arrangements as president of the Perupetro board, and justified himself by pointing out that he cannot know in detail what happens in this company, despite being attached to his sector.

LOOK: Daniel Salaverry: chronology of the 17 days he chaired Perupetro’s board of directors

As reported in a Panorama report, Daniel Salaverry entered the Perupetro headquarters and dispatched as if he had already assumed the position of chairman of the board.

The General Management of this company informed Congressman Jorge Morante that Salaverry had entered their offices on January 10, 13, 14 and 17 to have meetings with officials and to receive a laptop, a cell phone and have a vehicle with a driver.

In this regard, Eduardo González Toro assured that before the Energy and Mines Commission of the Congress he indicated the opposite (that Daniel Salaverry had not entered Perupetro and could not exercise functions) because he was only informed about the steps he took after his presentation before the legislators. .

“Mr. Salaverry with the resolution in hand went (to Perupetro) and that is what I was informed after my meeting in Congress because we did not know anything about those things that had happened. He surprised the manager in charge and he didn’t report it. It is not their obligation to report because, suddenly, due to ignorance, they gave these things (to Daniel Salaverry)”commented.

The minister continued to deny that he wanted to lie before Parliament. “I don’t think he lied or that Congress feels cheated. I do not lie and I will never lie and less if it is about a person that the town was rejecting”, he asserted.

It should be remembered that Daniel Salaverry irrevocably resigned from the position of president of Perupetro’s board of directors after the Comptroller’s Office issued a report indicating that they did not have the requirement of having experience in the sector. 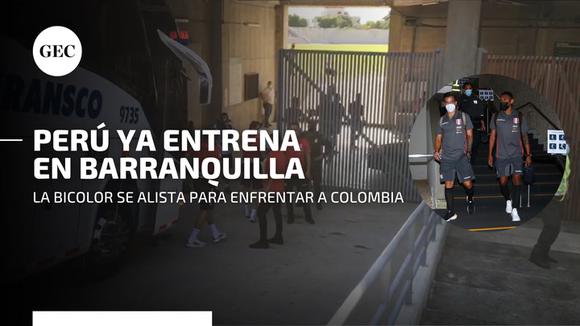 The Peruvian team is already in Barranquilla to play the decisive match for Qualifiers. The delegation is already training at the Romelio Martínez Stadium and getting ready for the game.

With this, 21,005,852 Mexican workers were registered with Social Security.

They rescue a jaguarundi and a coati in Concepción

At noon this Thursday, volunteer firefighters from Concepción rescued a

The New Peru movement decided to remove from his presidency

The vice president of Nicaragua, Rosario Murillo, once again railed

More than 1,000 hospitalized for COVID-19 and the number of deaths continues to rise

The New Peru movement decided to remove from his presidency Anahi Durand this Thursday, April 7,

Congress approves amendment to the Consumer Protection and Defense Code

Pedro Castillo LIVE: President and Aníbal Torres apologized in the Council of Ministers

peter castle He was elected as president of Peru on July 28, 2021. In the nine