The Minister of Culture, Alexander Salasconsidered this Friday that it will be up to the Congress of the Republic to evaluate the announced bill to hold a referendum on the day of the 2022 Regional and Municipal Elections on a new Constitution.

Speaking to journalists from Cusco, he indicated that it should not be “be afraid” that citizens express themselves at the polls on the proposal announced by the president peter castle.

“It will be up to the Congress of the Republic to evaluate it. What we should never be afraid of, as democrats and as Peruvians, is that the people, the citizens, express themselves at the polls. They will be the ones who finally decide.”he expressed.

Salas reiterated that “Peru will do well” if the Parliament and the Executive Power understand each other and can work for the good of the country in the next five years.

“Both branches of government have been elected for five years. Peru will do well if both powers understand each other. I think that as democrats we have to seek that both powers meet to work for the country”narrowed down

“People don’t just ask for the Executive, they ask for the work of the Legislative Power, the Judicial Power, and the country’s institutions. I believe that united as Peruvians we will be able to pull this off. We are going to work for that.”he added.

Finally, the head of Culture stressed that all the ministers are being evaluated and for this the objectives and goals achieved will be taken into account, in order to decide on the changes in the Ministerial Cabinet.

“All public officials are in absolute evaluation. We absolutely have to review all the objectives, the goals that have been met or not, the needs of the population, of the sectors, and based on that, we can see the results and be able to work to see if there are changes or there are not going to be changes. ”sentenced.

Statements by the Minister of Culture, Alejandro Salas, on the announcement by President Pedro Castillo to present a bill to hold a referendum on the change of the Constitution on the day of the 2022 Regional and Municipal Elections. (Video: Canal N) 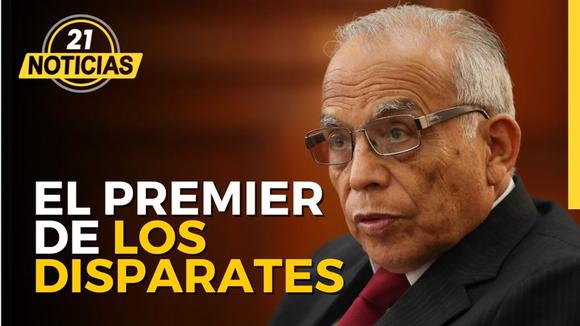 From Cusco, Aníbal Torres this time gave Karl Max as an example, “you have to learn the good,” he said. In addition, Bruno Pacheco’s lawyer affirms that: “He has evidence in his hands that could save him”, could it be a message between the lines? Also, Guido Bellido points out that he requested tickets for Arturo Cárdenas from Daniel Abarca, former Mincetur advisor. And the chemical castration again in debate, after the case of the three-year-old girl in Chiclayo, we spoke with the former Minister of Health Alberto Tejada. And, Putin grants honorary degree to brigade accused of committing atrocities in Ukraine.

Through resolution 2809 of December 30, the average Capitation Payment

Those who aspire and play dirty are reverted, AMLO warns for 2024

Nicaragua and China sign an agreement to boost investment, tourism and culture

Nicaragua and China signed a memorandum of understanding this Thursday

The President of the Republic, Dina Boluarte, regretted the announcement of the restart of the protests,

Diego Bazán on Pedro Castillo: “I consider that he would be entitled to no less than 25 years in prison”